Whose Idea Was This?

Oh, that would be me. Ron and I hiked up Picacho Peak four years ago and I really don't remember it being so difficult. Carol brought up the idea that maybe it's like childbirth and you block out the difficulty.

Picacho Peak State Park is located about 50 miles northwest of Tucson, Arizona right along Interstate 10. The park is scheduled to close in June because of Arizona budget cuts, so Carol and John were excited to join Ron and me in this 'short, but strenuous' hike. We agreed to meet at the park at 9:30.

Driving down I10, the specter of Picacho Peak rises 1500 from the desert floor. We'll be climbing to the tip of that highest point on the left. 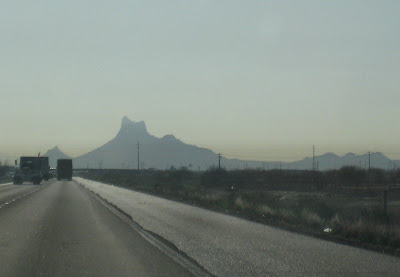 There are two trails up. Two years ago, Ron and I took the longer, but less steep trail up the south side of the mountain. Less steep, that is, until it joins the other trail about halfway up. This year we decided to take the trail up the north side - about 4 miles round trip with a 1400 elevation gain. The trail accends to the saddle, then crosses to the south side for the remainder. 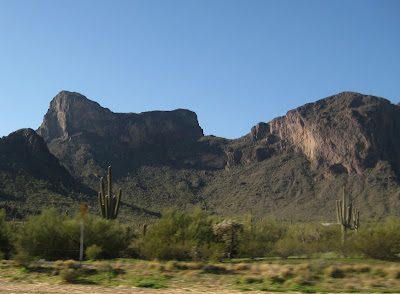 The trail immediately begins climbing from the parking lot and soon we hit the first of the cables placed to help over the steepest sections. Here Carol hams it up and pulls herself up by the cable while Ron just shakes his head. Actually we weren't sure why this cable was here since it wasn't nearly as steep as later sections. 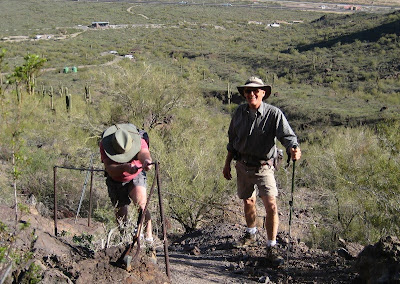 The trail steadily rises with lots of switchbacks to the saddle, 800 feet above the beginning. You would think that the worst would be over, but no, the fun is just getting started. After crossing the saddle, there is a horribly steep section that descends at least 100 feet. Here Carol demonstrates the famous butt slide. 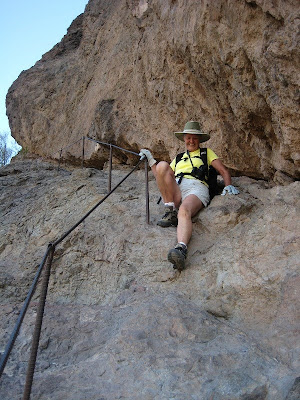 Uh-oh. What happened here? Those are steps scattered over the ground. I hope we don't need them. 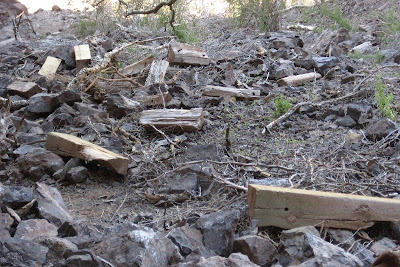 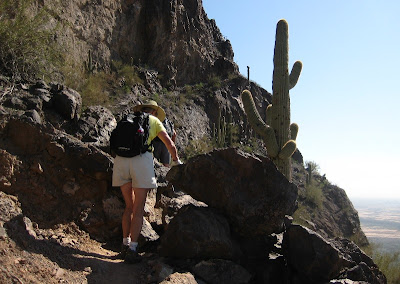 We did take time to smell the roses, so to speak. 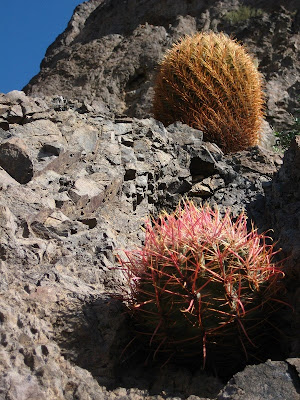 There was a lot of rock scrambling with cables in the steepest spots. Harder than it looks, although gloves help. 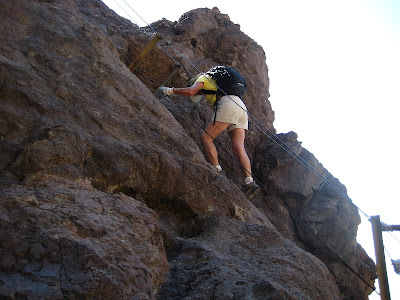 But finally we made it to the top. Ron and Carol looked happy when they came over the last rise. 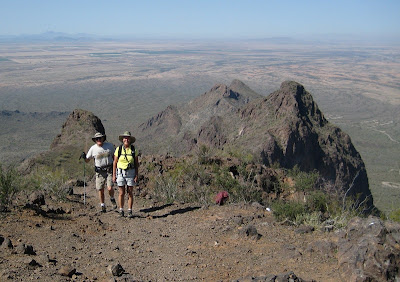 As you can see, we were all pretty proud of ourselves. We all agreed - now we've done it and never have to do it again. 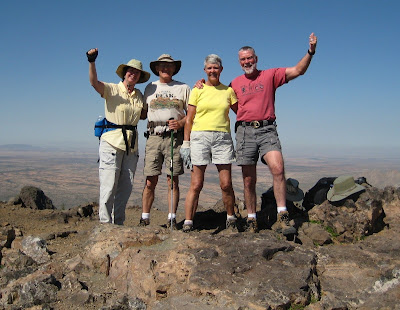 After lunch, we headed back down. Carol and I thought that going down was harder with all the loose rock on the trail. And those cables weren't any easier going that direction. This spot was so frightening, they had a fence in addition to the cable. 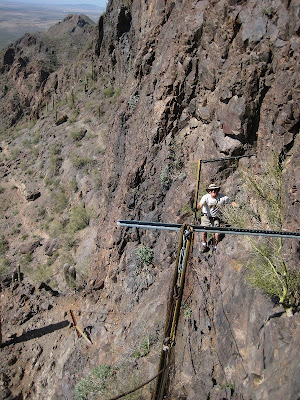 Back down at the parking lot, I finally read the sign. Carol decided we must be experienced hikers since we did make it despite the posted warning. But what's this about the trail being washed out? 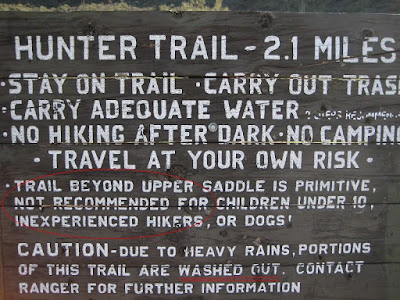 No matter - we made it and it feels good to challenge ourselves sometimes. 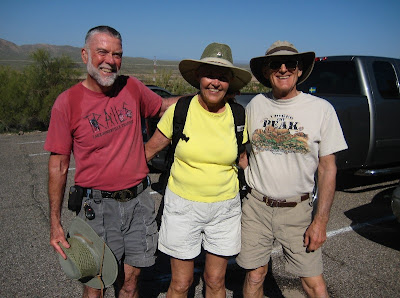 You can see Carol's version of our day by clicking here.
Posted by Barbara and Ron at 8:46 PM