In Lahaina, Diana, Phil, and I went on a whale watching tour.  It was fabulous and I was sorry Ron missed it because of his seasickness handicap   The humpback whales congregate around Hawaii during the winter to breed and give birth (hopefully not at the same time.)  This creates quite a show as the males vie for the females' attentions.

We took off with much excitement and anticipation.  I had been on a couple of whale watching trips and saw orcas off Vancouver Island and assorted kinds off the coast of Maine.  However I had never seen humpbacks and wanted to get an iconic 'tail' shot.  And we were off! 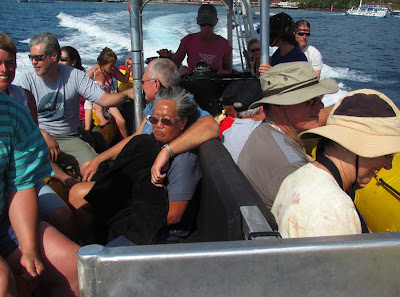 I was lucky enough to grab the front seat and I say that for two reasons.  One, I never get seasick and two, it's farther away from the diesel fumes, which do bother me.  I was a happy boater. 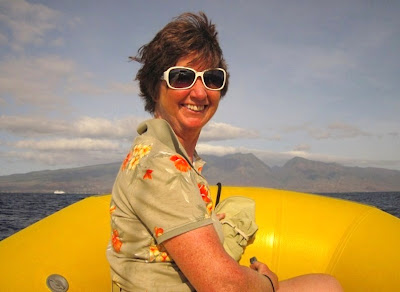 (The best was when she really floored it coming back in and I actually levitated off the seat.)

Our method was to watch for spouts, then just aim the camera somewhere in the vicinity.  After all you didn't want to actually look through it and miss seeing anything.  This made for lots of pictures of nothing. 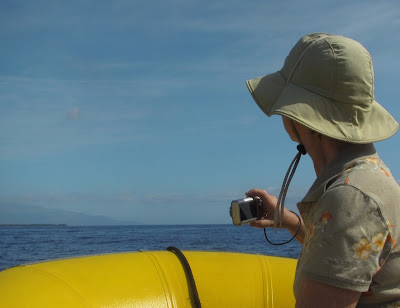 But later when cropping the heck out of them on the computer, sometimes we were surprised. I had no idea that I had captured a 'double tail.' 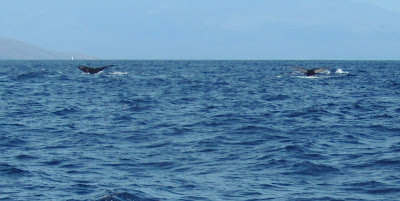 There they go - synchronized diving. 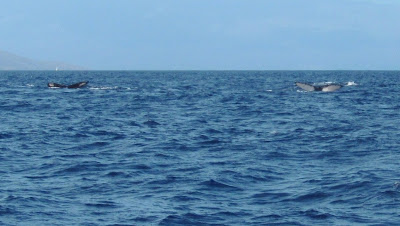 Here one of the group was waving at us. 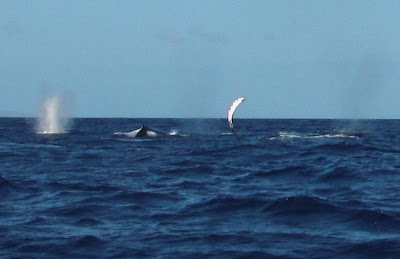 And another cooperated with a closer dive. 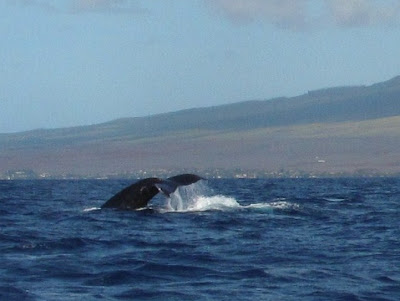 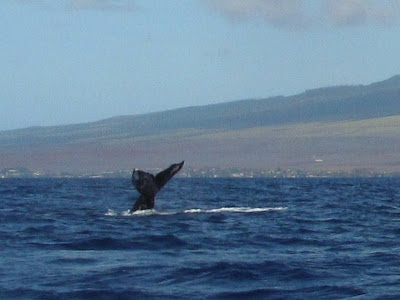 (We had our cameras set on continuous shoot if you're wondering.)

There were lots of groups which we were told consisted of one female (with or without a calf) and multiple males with high hopes. 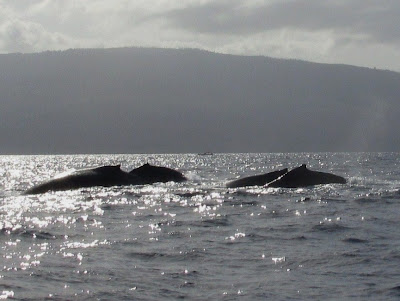 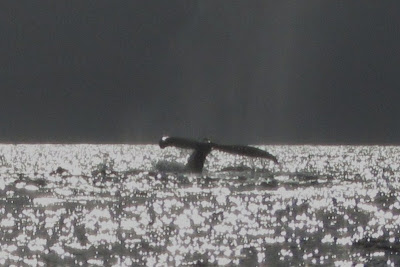 It was a long day, but we still had the energy to attend the Aloha Polynesia show on the ship.   First we had a lesson on how to open a coconut - in short, it's not easy. 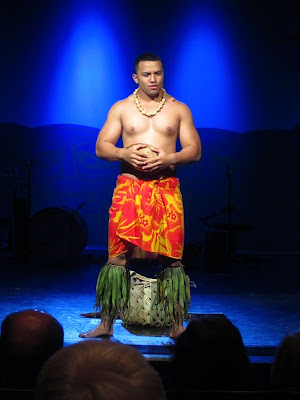 Then the dancers demonstrated dances from various islands of Polynesia.  It was highly entertaining, but I don't remember where any were from. 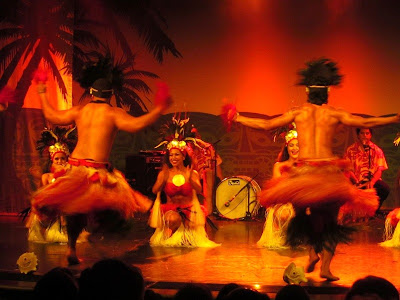 Here are a couple of short clips.


Every day, the housekeeping staff created creatures out of towels.  Our steward was big on accessories.  Here he used Ron's sunglasses. 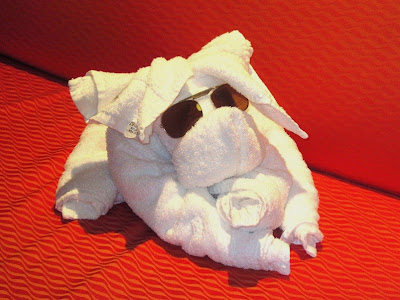