Just east of Apache Junction, and right on the north side of US 60, we noticed there are always lots of vehicles parked at the base of a hill. We thought it must be a good hiking spot and decided to check it out.

We discovered it's called Silly Mountain Park and is run by Apache Junction and very well maintained. There are several trails that wander over the hills. We studied the map and picked the longest route. Don't be too impressed though, it was only about 2.3 miles in all.

I think these cholla cactus are just so pretty. Here I was proving that they don't really 'jump' out and snag you - that's just a myth. 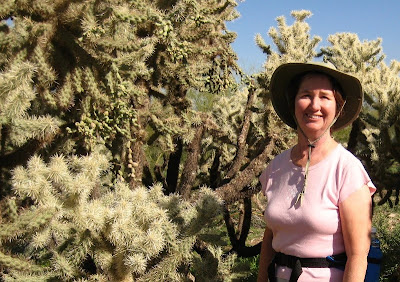 It's interesting to see a saguaro cactus that is still standing, but down to 'bare bones' or ribs, as they are known. 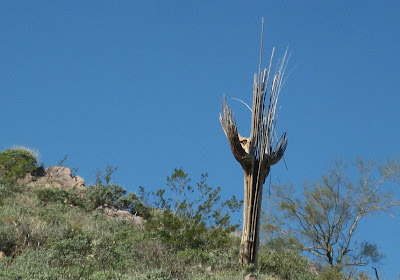 At the top was a lot of bare rock, seemingly pushed up sideways from below. No volcanic action here. 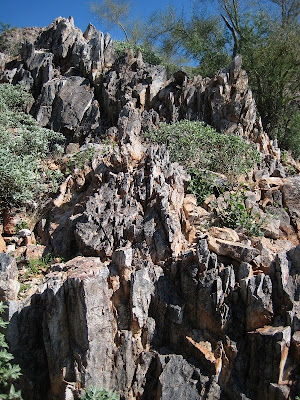 Although we didn't see many, the California poppies are beginning to bloom. 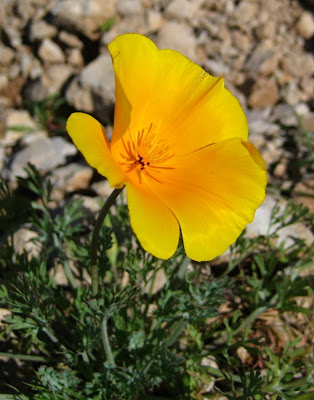 The view that day was a little hazy, but still a nice one of the Superstition Mountains. 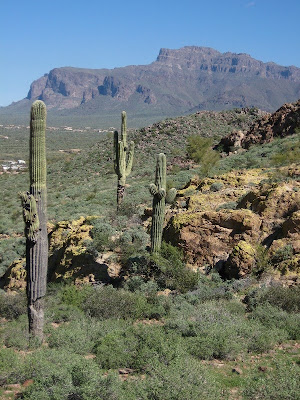 Then today, we took Mike and Mary to Casa Grande National Monument where we had a chance to see our friends John and Carol in their official capacity as volunteers. John posed for me by the sign (how did I manage to cut it off?) and gave us a personal tour of the ruins. You can just see the top of the four-story ruin in the background with its protective canopy. 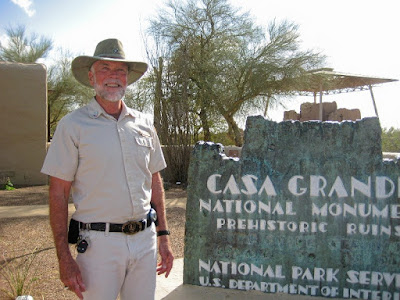 And here's Carol working in the gift shop. Don't they just look spiffy in their uniforms? 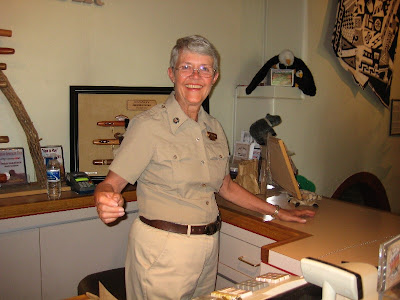 I was so fascinated listening to John, that I didn't take many pictures, but here is a peek into the interior. 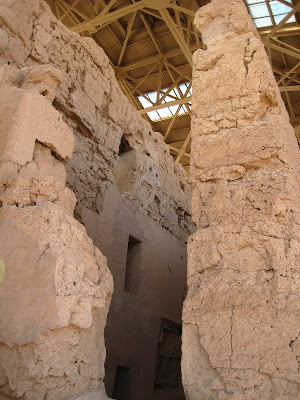 But I have to confess that I was most fascinated by the owls nesting in the rafters of the canopy. I managed to get this lovely shot of one of the pair. 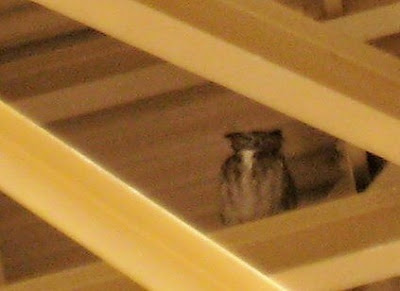 Okay, so there's only so much my little point and shoot camera can do. Here's a much better shot of Carol's that I shamelessly stole off her blog. 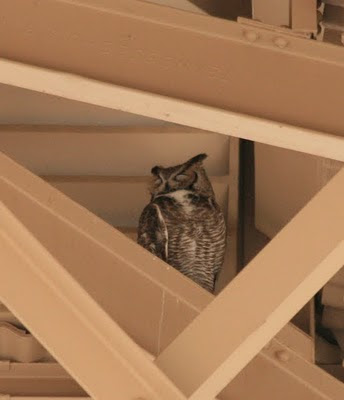