So what have we done lately, you ask? Well, hold on to your hats, this is exciting.

It's been colder than normal this winter, not to mention wetter. Even the birds are all puffed up and looking angry. 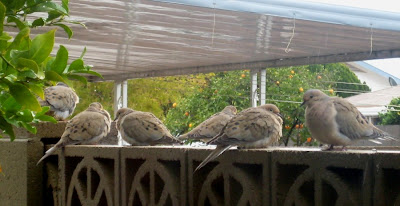 Ron's son sent us this picture that he took at one of the evening soccer games we attended in February. If the birds had coats and blankets, they would look happy too. 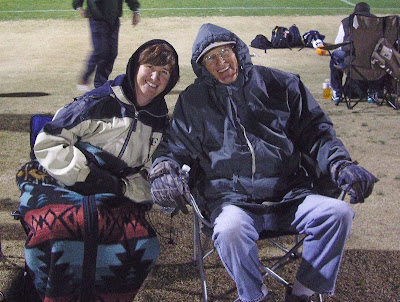 Ron will never run out of projects. He replaced all the 1970's receptacles in the kitchen . . . 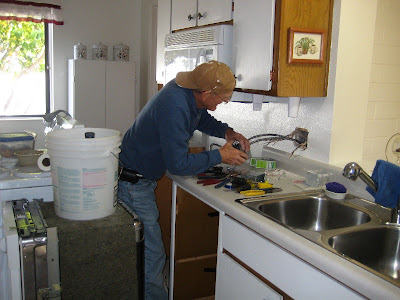 With these nifty GFI ones. 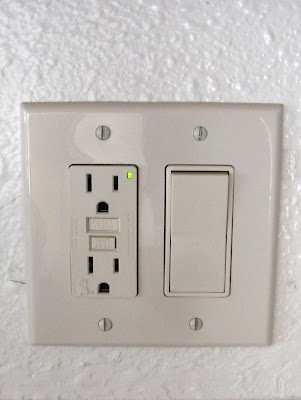 One day we picked the rest of the oranges off the two trees and I decided to use the juicer I insisted we had to have when we moved in. It only took eight oranges to make a glass. No wonder it costs so much in a restaurant! 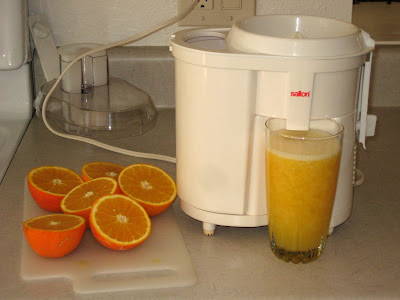 To add insult to injury (as they say), I must have had a bad orange. My hard-earned juice smelled and tasted weird.

With all the rain, we've had some nice rainbows. 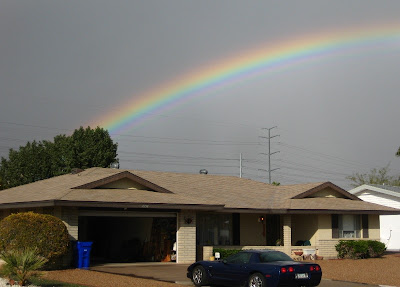 Ron's latest project was to bury the sprinkler system deeper in the ground. It was barely in the dirt and in some places just covered by stones. He moved it down about six inches. What a job! 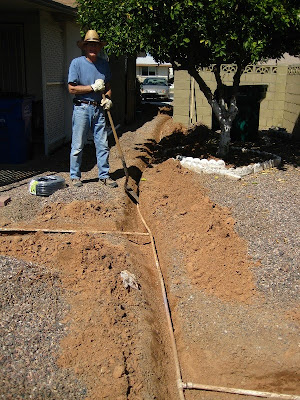 I continue to take the easy job - spraying the weeds with vinegar. It works better than weed killer and the only drawback is that I smell like a salad. 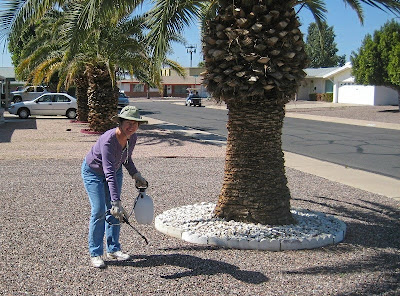 And in case you think we don't have any fun, here's a shot of our neighbor Sue (on the right) demonstrating the 'YMCA' dance. I guess she's the cowboy. As I remember, the Village People had an Indian (that was before they were native Americans), construction worker, policeman, and cowboy. 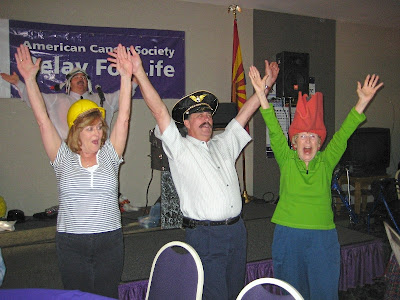