I was excited to move on to Bighorn Canyon National Recreation Area, which straddles the border of Montana and Wyoming.  This was the location of my very first WIN gathering as a new member in 2001.  However we had been at the north end of the canyon and Ron and I went to the south.

Horseshoe Bend Campground was a huge surprise with half of the large sites having water and electric ($10 with the Senior Pass or $5 for the non-electric sites.)  If we had known that, we wouldn’t have waited out the heat wave in Billings! 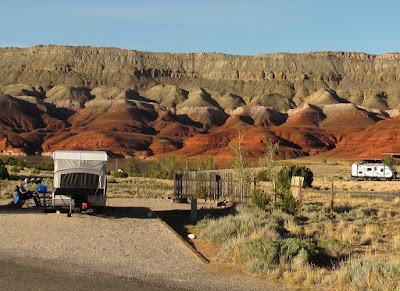 After a windy night that kept me up half the night thinking the RV was going to blow over, we awoke to a cloudy day.  We drove to the Devil Canyon Overlook. 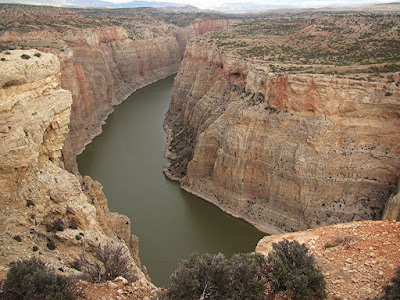 And maybe even better the other direction. 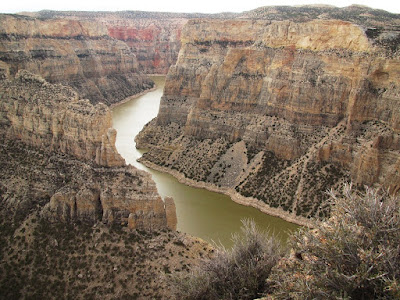 We were also on the lookout for the wild horses reputed to be in the area, but only saw signs of them. 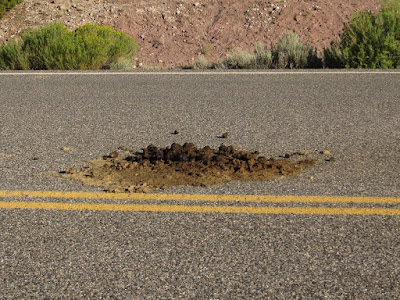 I had to wonder if my pictures would look better with sunshine, so the following morning I returned.  Well, the river isn’t as noticeable, 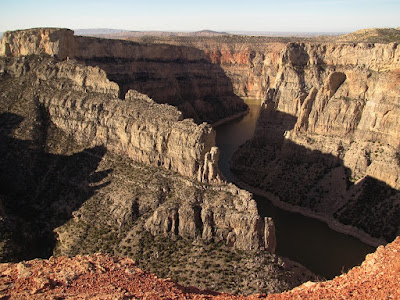 But the sharp cliffs are certainly more dramatic. 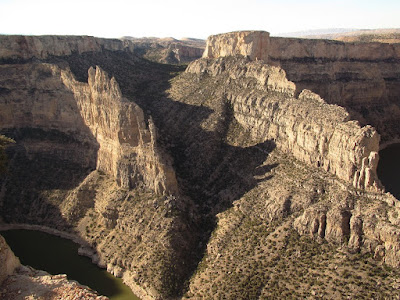 And, best of all, I did see a couple of the wild horses in the distance during my drive back. 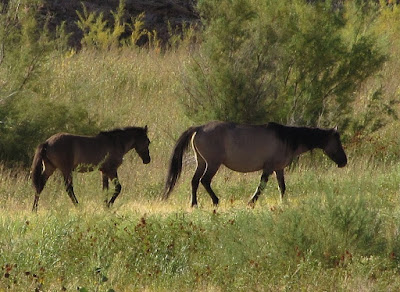 I had to slam on the brakes for some scenic shots, too.  Good thing the road wasn’t busy. 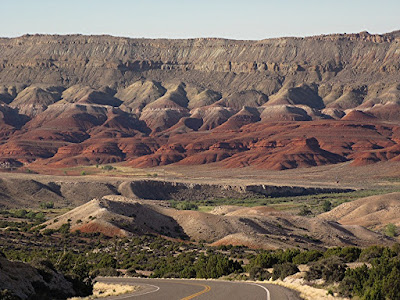 Meanwhile, back at the RV, Ron was being his usual industrious self.  While we were staying at the Billings Moose, the lodge had some new carpet installed.  With permission, we dug some of the remnants out of the dumpster and my perfectionist guy cut it perfectly to fit over our vinyl flooring.   He wouldn’t even let me touch it because he knows it wouldn’t be as perfect. 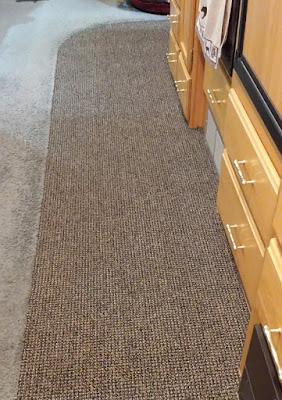 He even did the steps. 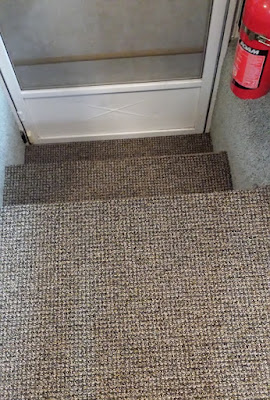 Since then he’s done some of the shelves in the cabinets too.  What a guy!