We couldn't visit Hawaii without attending a traditional luau.   We picked the one at the King Kamehameha Hotel where Diana and I stayed 20 years ago.  It looked a little familiar.

I don't know how traditional the luau was, but it was really fantastic.  Before the main event, we were greeted and treated to mai tais and punch.  Wimpy me, I took the punch.  We were instructed in the art of fire twirling. 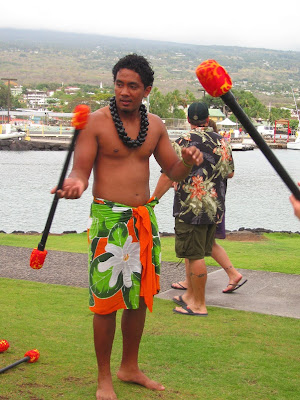 And the pretty girls applied temporary tattoos to willing guests. 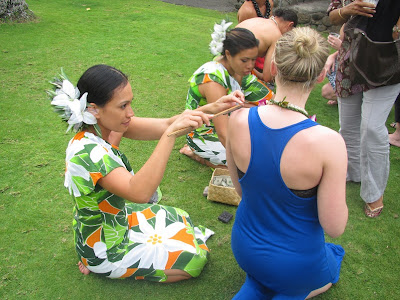 This I could do. 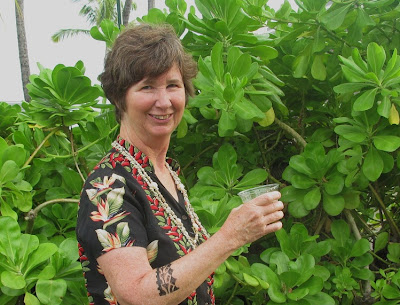 They demonstrated how to make an angel fish out of a palm.  I missed that, so asked this nice lad to pose with his masterpiece. 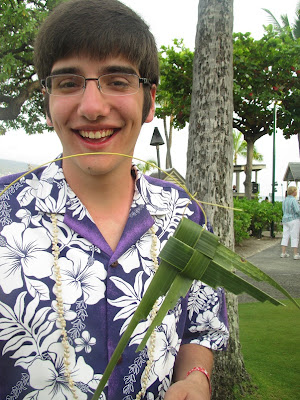 Then the king and his queen arrived by water for the festivities. 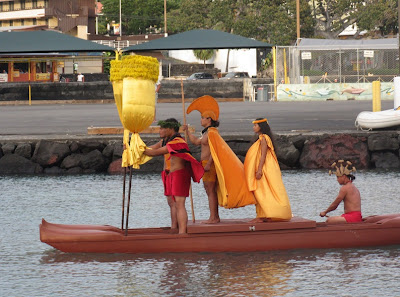 And were royally entertained. 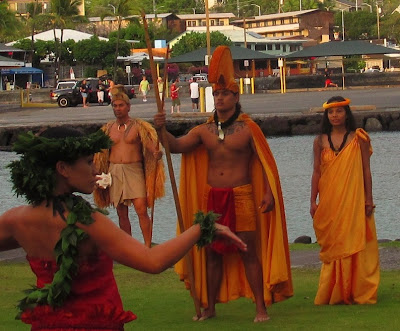 So here's the really amazing part.  Once we were all seated and the dancing began, the king was very much a part of it.  He truly is a man of the people. 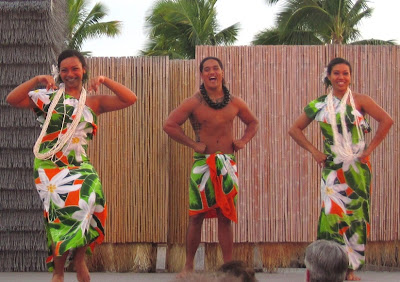 We had the traditional pork and poi, along with some kind of raw fish.  Are they trying to poison us?  I tried it, but sadly, I'm not an adventurous eater.  Diana and Phil look pretty happy and you might be able to see that we all enjoyed the desserts. 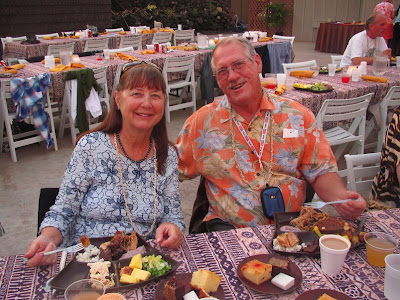 As darkness fell, the main entertainment began.  It was similar to what was done on the ship in that the dancers portrayed native dances from various Polynesian islands.

Once again, I don't remember where most of them were from. 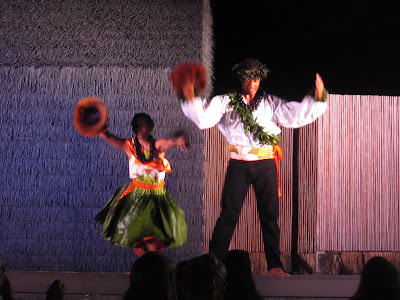 I think this was Tahiti.  I really liked how both female and male dancers were involved and how different their moves were.


And this was New Zealand.  I remember that one because the guys stick out their tongues.


I think this was Samoa.


But the highlight was the fire dancer.  Pretty fancy twirling.


And he did some fire eating.


But just wait until you see what he does in this video.  It comes under the category of "Are you kidding me?"