I'm behind again on the blog - big surprise.  It seems that we've been without good internet more this year than all my previous blogging years combined.  But I can catch up pretty quickly. 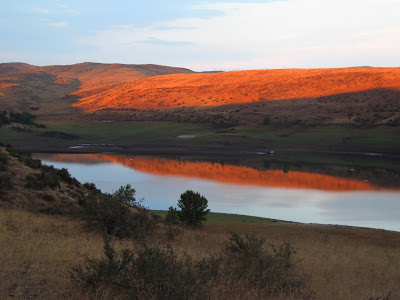 Just who is responsible for spell-checking the signs? 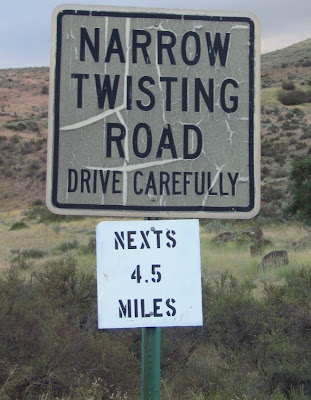 Next we moved into Oregon.  Our plan is to gradually move south, but we decided to head northwest on US 26.  We found a lovely cool overnight spot in a gravel storage spot in the national forest.  I don't think anybody has ever parked there before.  This deer came up over the hill and just stared at us for the longest time.  You can see her confusion. 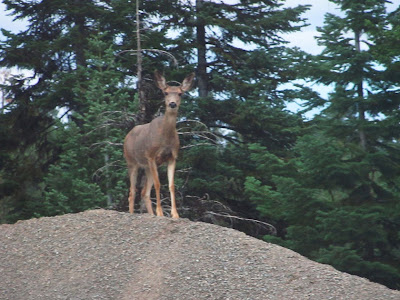 The next morning, we left the rig in a pulloff and took the car northeast on scenic route 7 to Sumpter to see the Sumpter Valley Dredge State Heritage Area.  It was interesting and, surprisingly, free (although we did give a donation.)

The dredge was built on site in 1935 and used  for placer mining until 1954.  It deteriorated for 40 years until the non-profit Friends of the Sumpter Valley Dredge partnered with Oregon Parks to protect and restore the dredge. 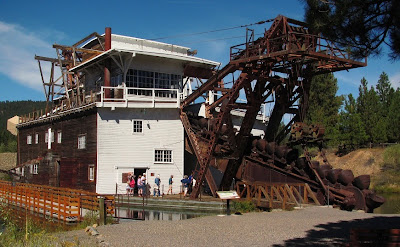 The process was genius in its simplicity.  On the front of the dredge is a massive boom with 72 1-ton buckets.  These buckets, moving like the chain on a chain saw, would dig into the river at the rate of one every 3 seconds. 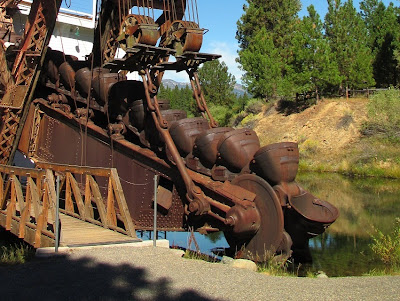 The dirt and gravel was brought into the dredge and passed through a series of steel cylinders to separate the material by size.  The smaller material was passed into automated sluices where the gold was separated from the sediment.  The sediment and larger rock, called tailings, were discarded through the boom on the back of the dredge and deposited in piles. 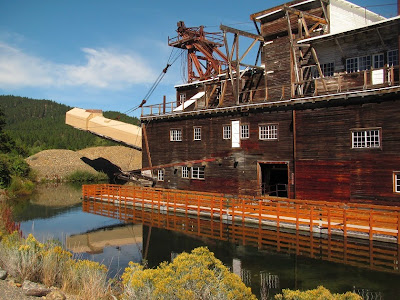 Now, I  know at this point you're thinking just what Ron and I thought, "So the big nuggets are in the tailings!"  But the guide explained that this area was never known for producing nuggets.

Although this dredge was built in 1935, some of the parts were from a previous dredge built in 1912.  These gears are 100 years old. 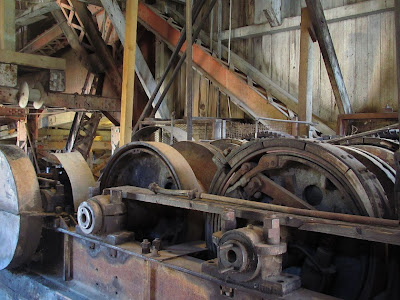 Surprisingly, the dredge was run by electricity from a powerhouse 19 miles away.  This 60 horse-power motor ran one of the three water pumps. 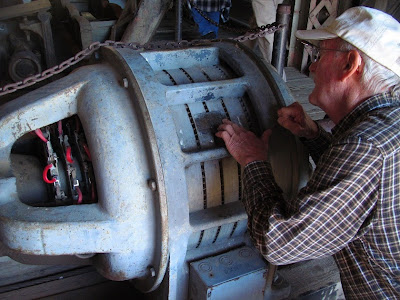 Of course, as this machine dug its way in and around the river bed, the land turned from something like this 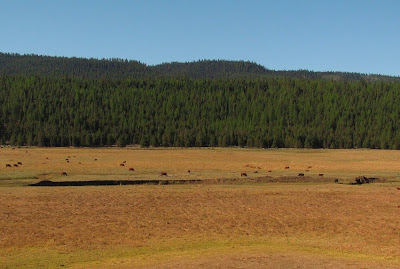 To this which I took off Google Earth. 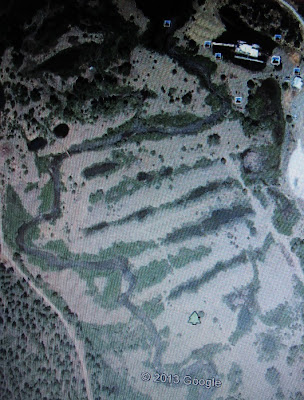 You can see how the dredge worked its way back and forth along the valley.  The darker areas are the water and the lighter ones are the tailings.  The dredge is sitting in the upper right corner.  It's one of those things that you might cringe to see, but it's an interesting piece of history.

You could also try your hand at gold panning in a salted sand/water mix.  It was 'catch and release' for free or if you wanted to keep the gold flakes, you could pay for them.  Ron proudly shows his find.  See it there in the pan? 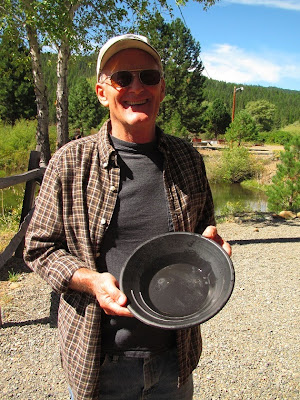 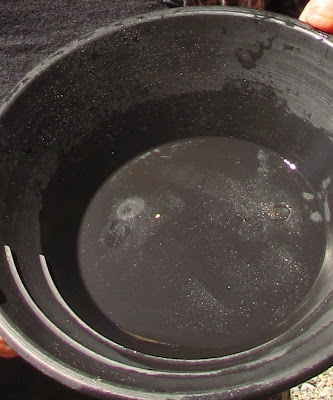 Somebody really hit the mother lode. 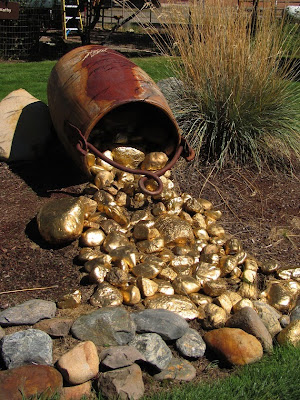 And there's a cute little train you can ride.  I just took pictures. 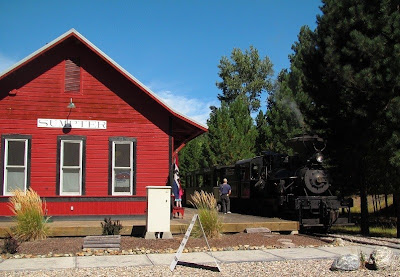 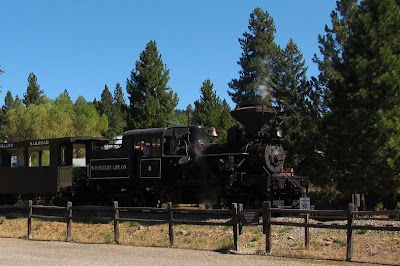 For you train enthusiasts, here's a close up. 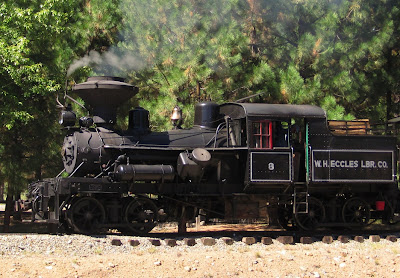