After Santa Fe, we returned to Villanueva State Park for a week.  Despite the lack of phone or Internet service, we really like it there.   It’s located in a scenic canyon along the Pecos River.
This time we were lucky and grabbed site #1 right at the entrance.  It was perfect for us.  We had full sun on the solar panels until mid-afternoon when the trees gave us shade for the hottest part of the day.  It was also far away from those smelly campfires. 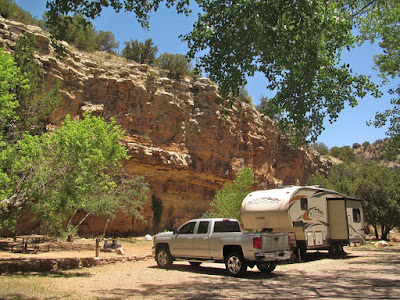 We felt really lucky to be there when they were having a raptor demonstration.  These birds were all found wounded and cannot be released back into the wild.  You can see this magnificent great horned owl lost an eye. 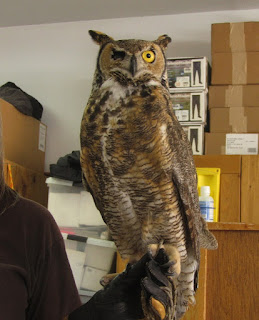 The red-tailed hawk looks fine in this picture, but he is also missing an eye. 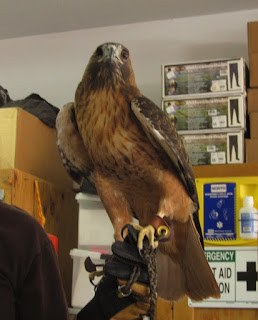 The turkey vulture is not actually a raptor.  She just enjoys the attention.  Her problem is obvious. 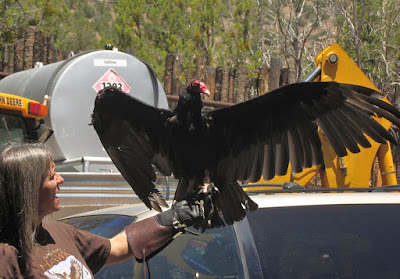 The talk had a huge turnout.  It was heart-warming to see all the interest, especially how attentive all the young children were.

One day we hiked up to a historic spot with signs of long ago New Mexicans.  There was supposed to be an defined area where they had winnowed their grain.  It was certainly a windy place, but the only unnatural spot we found looked more like a corral. 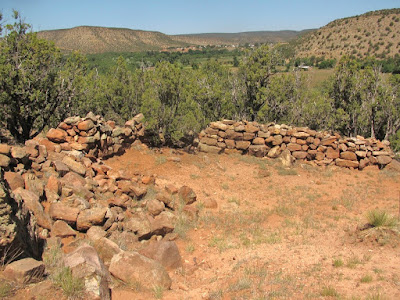 It sure is a pretty view though. 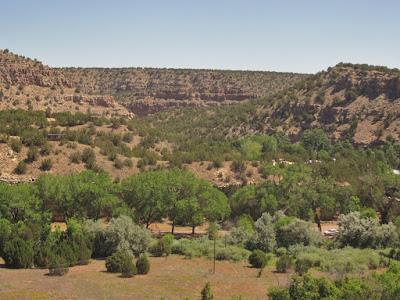 This guy was guarding the place. 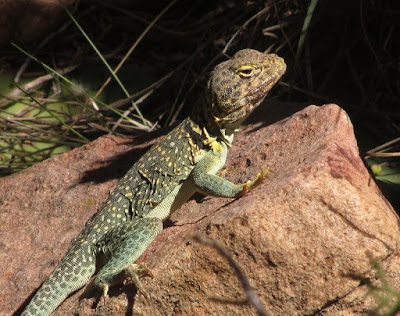 Just look at the length of his tail! 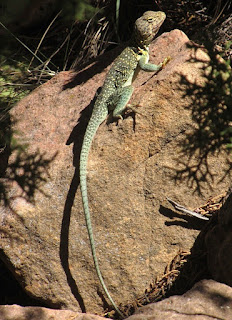 Back down at the river, we followed the Pecos upstream to the edge of the park. 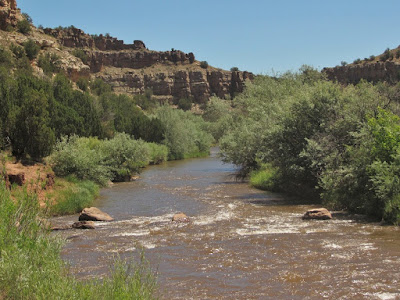 Another day we visited Pecos National Historic Park which consists of two very different sections.  First is the Pecos Pueblo.  Established in the mid-1300s, the pueblo survived the Spaniards, well-meaning missionaries, famine, disease, and raids by Apache and Comanche, but in 1838, the last few inhabitants left.  We toured this section previously, here, but we stopped at the visitor center for information.  The money for the visitor center was donated by screen star Greer Garson and it’s beautiful. 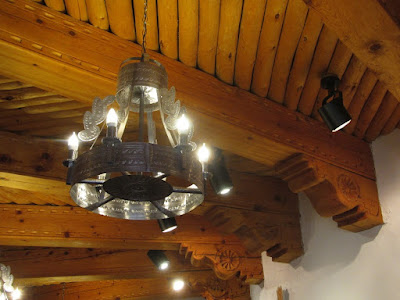 Our goal for the day was to see the site of the Civil War Battle of Glorieta Pass.  In the early part of the war, the Confederacy tried to seize control of the Southwest.  In March of 1862, the opposing troops met at Glorieta Pass.  At the end of the 3-day battle, the Confederates held the field.  But because of a daring raid by Major John Chivington and guided by Lt. Col. Manuel Chaves of the New Mexico volunteers, the Confederate supply wagons were destroyed and their horses and mules were stampeded.  This forced the Confederates to withdraw and ended their southwest initiative. 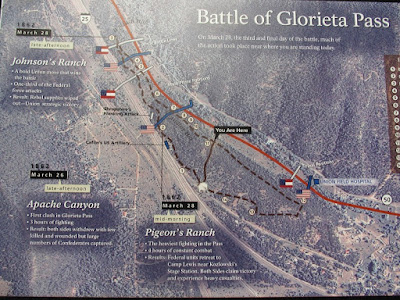 I was  pretty disappointed by the 2-mile hike around the battlefield which looked like this. 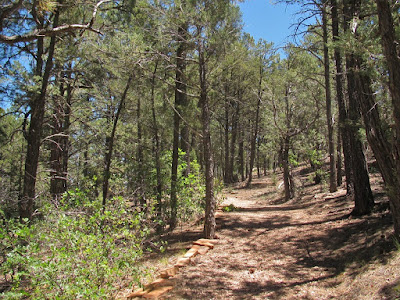 During my last visit to Pennsylvania, my father, my daughters, and I visited Gettysburg.  Although I am still majorly bummed that the Electric Map is gone, I was impressed that they are trying to restore the landscape to what it was during the battle.  You can now stand atop Little Round Top and get a good view of the battlefield.  To be fair, I realize that Gettysburg battlefield gets millions of visitors each year, while Glorieta probably numbers in the hundreds.