In the northeast corner of New Mexico, near the borders of Colorado, Oklahoma, and Texas, lies the very friendly town of Clayton.  Clayton Lake State Park was our next stop. 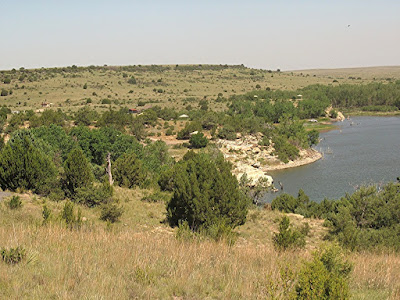 In the spillway of the dam are about 500 dinosaur tracks from the early Cretaceous period (about 100 million years ago.)  When we walked over to see them, I neglected to take my camera, so this picture is from the brochure.  They are especially dramatic when the sun is low and after a rain. 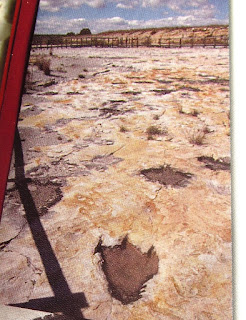 Following the park ranger’s directions, we took a drive to see where the Santa Fe Trail came across the grasslands.  I guess not too many people take this dirt road.  The cows seemed amazed. 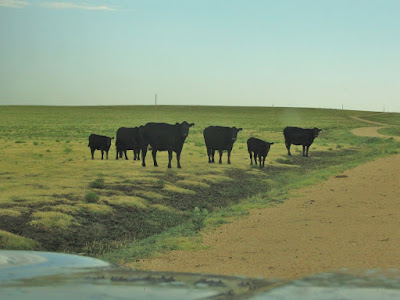 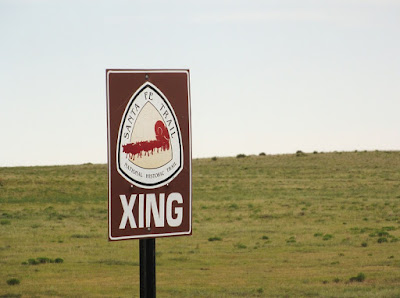 It’s not like the wagon ruts of the Oregon Trail, but it does give you an idea of what the travelers saw.  There was not a fence or house in sight.  This is the edge of the Kiowa National Grassland. 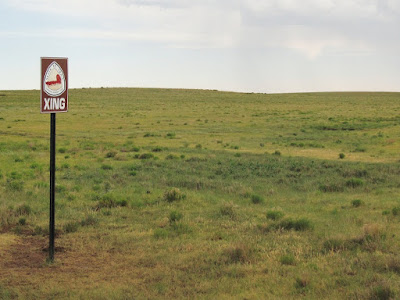 Clayton plans events for the whole 4th of July weekend, including some I had never seen before, such as Crazy Goat Roping.  I know what you’re thinking and I also wondered if this was animal cruelty.  After all, I don’t even like zoos.  But these goats were smart and tricky.  They knew they only had to get from the chute to the other side of the pen and they were safe.  Usually the results were something like this.

But look at how expertly this little guy threw his lasso.  Too bad the goat was long gone. 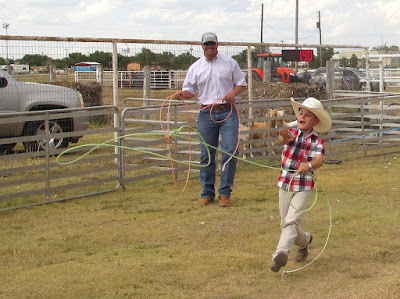 Who knew goats were so fast and such powerful jumpers? 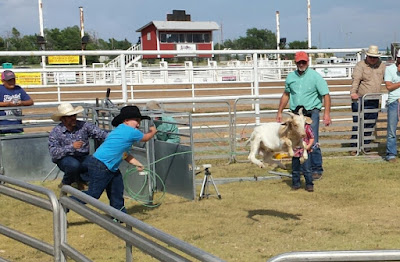 It was a ‘head and heels’ competition like the calf roping, but these guys don’t act like calves.  Even the experts had problems.  I had to laugh when this little guy evaded the man who was being honored as Pioneer of the Year.  You know he must have roped a few cattle in his lifetime.

I never realized how big of a loop the cowboys throw.  I guess this works well for roping steer, but most of the goats jumped right out of it. 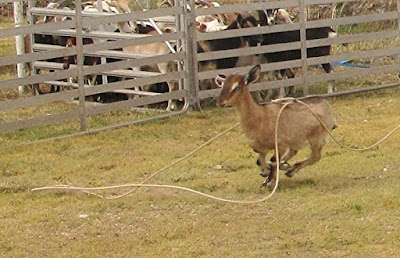 This cute little 4-year-old went through the line multiple times.  Of course he never caught anything, but he was sooo serious. 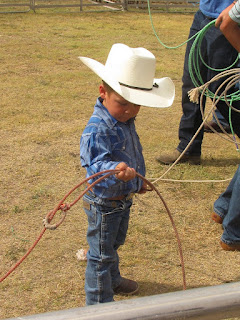 There were more traditional events too, like bronco busting.  Poor things. 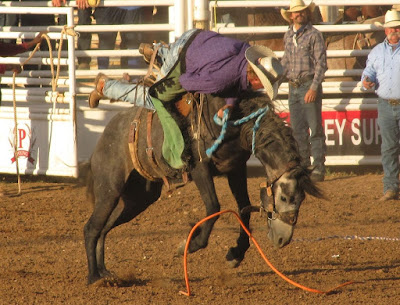 But I had to laugh at this horse who refused to come out. 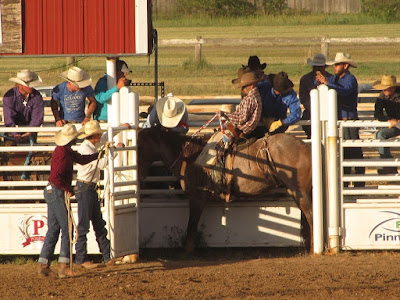 There was a guest appearance by a group of trick riders – all girls. 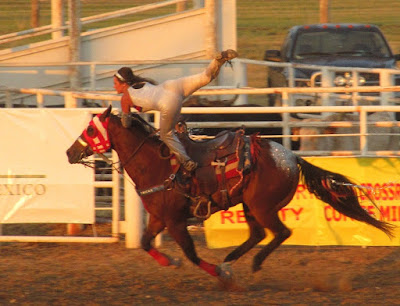 This little 7-year-old amazed everyone. 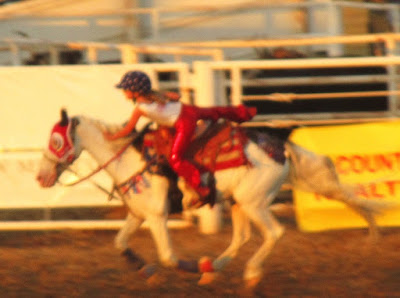 It was getting dark and they were moving fast, so the pictures aren’t the best. 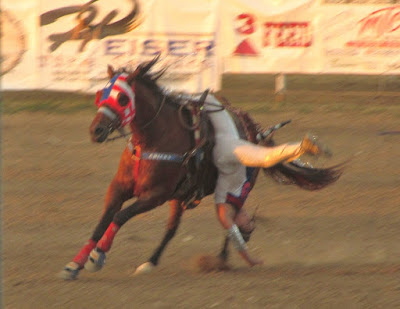 Here I almost missed her, but this little girl rode all around the ring standing on the horse. 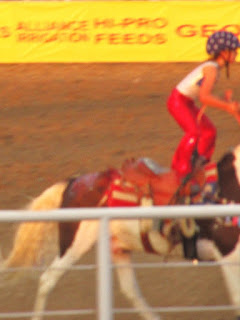 This is just crazy. 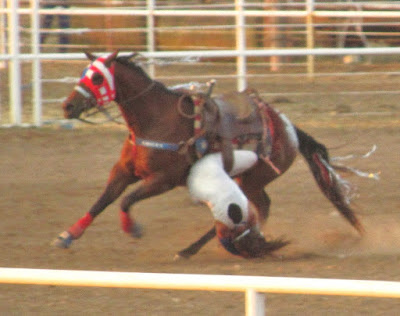 We have our friends Donna and Bob to thank for recommending Clayton as the place to be for the 4th.  One night we all went to Pizza Hut where Donna got this hysterical picture of us and my halo. 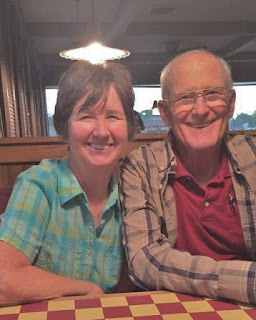