Good News!!! After 1 1/2 weeks on Vancomycin, Ron's finger is actually starting to look better. The swelling is down, although it's still red especially along the crease of the knuckle and he still can't bend it. But it definitely looks better! We are very happy and relieved. Although we're afraid to go off the antibiotic for fear it will come back.

Since he is supposed to rest, he has been doing puzzles. He has more patience than I do. 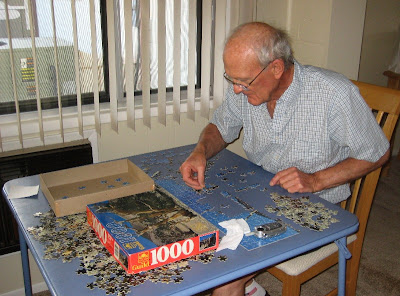 Especially with this one which was terrible - all dull browns and greens. And if you look closely, you'll see two pieces are missing. That's what we get for buying used puzzles. 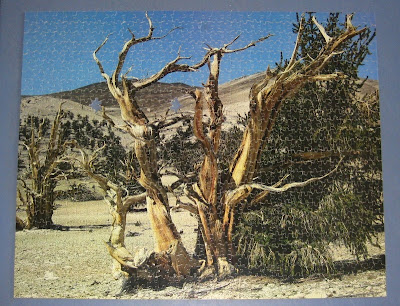 And for those of you who I told that my thumb swelled up, it's all better. I don't know if it was anything I did to fix it, but I think I might have over-medicated in fear. All I could think was that I'm allergic to Vancomycin and if that's the last resort, I'm in trouble. Perhaps I overreacted a tad.
Posted by Barbara and Ron at 8:26 PM 4 comments:

First of all, for those of you wondering about Ron's finger, it's still red and swollen after 2 1/2 months. We are depressed. He is now on Vancomycin twice a day through a PICC (like an IV, but different. For the curious, click here.) The doctor swears this will take care of it, but since all the cultures and tissue samples came back negative, they still don't know what they're treating. I hook him up twice a day. He feels okay, but this enforced inactivity is killing him.

Meanwhile we took a weekend flight to Corpus Christi, Texas, for his nephew/godson's wedding on May 1. While there, we took a tour of the USS Lexington, the aircraft carrier turned museum. At 910 feet in length, a good picture was beyond my abilities (not helped by the angle of the sun.) 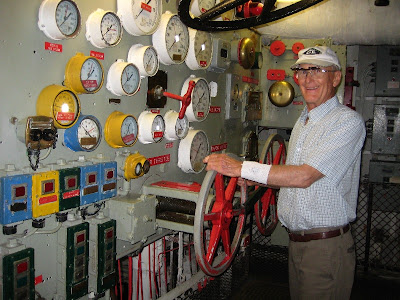 And doing his Red Baron impression. 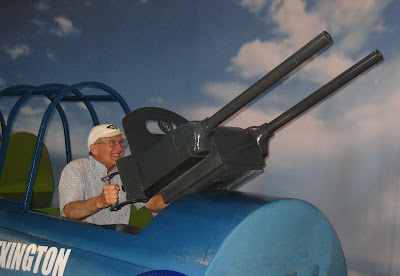 We followed a comprehensive tour of below decks where we saw everything from the machine shop to the surgery.

But since I toured the battleship USS Alabama in Mobile Bay, I felt like I was already familiar with those features. I wanted to get up on the flight deck and see all those cool planes with the folding wings. (Now, that's a scary thought.) 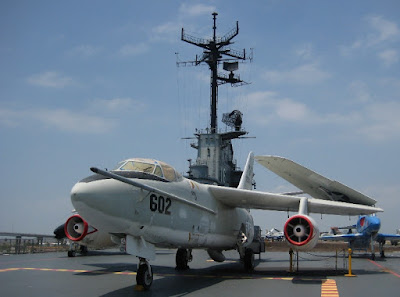 And what I REALLY wanted to see was the catapult that shot the planes off that deck (even scarier thought.) There were two originally on the ship, but, darn, they must have taken them out or filled them in. Well, I guess you can't have tourists falling into the catapult.

What we could see was the hook used to stop the plane when it landed (scariest thought!) I can't believe how brave the pilots are. 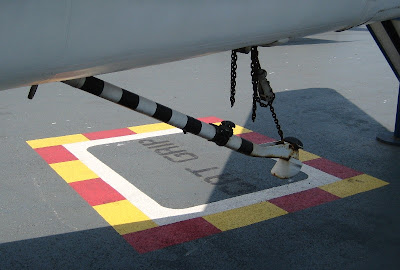 Here I am 'walking the plank' off the bow of the ship - it was really a long way down to the water. It was actually a 'bridle catcher' and was part of the catapult system. 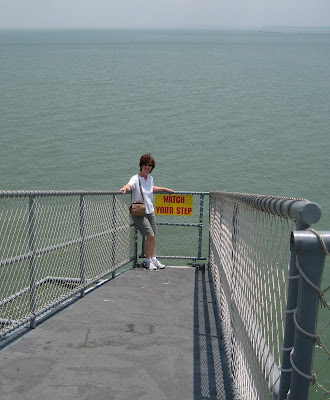 Driving around the area, we were excited to see these roseate spoonbills. Once again, the picture was into the sun and I cropped it to within an inch of its life. I had never seen them in the wild. 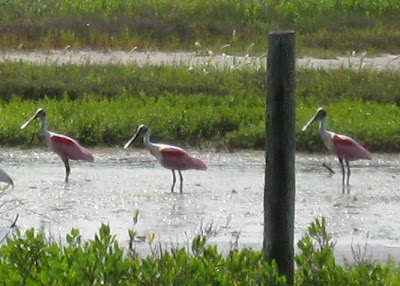 On to the purpose of the trip - the wedding. Here are Ron and I all duded up in our finery. Yes, I am actually wearing a skirt for the first time in years! 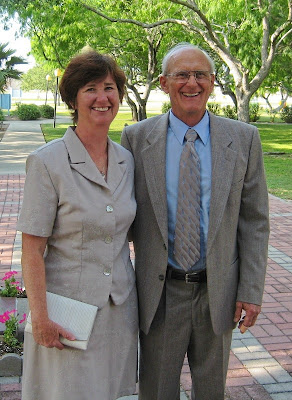 Those of you who are not Ron's relatives might want to skip the rest. Here he is with his siblings - Mike, Mary Jo, and Jo Anne. They are just missing their oldest brother, Joel, who sadly passed away a couple years ago. Aren't they a good-looking group? 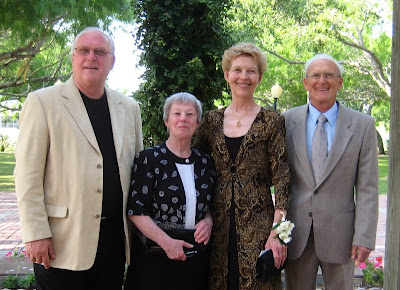 And two of Ron's three children - Jim and Kelli - with Kelli's guy Sean. 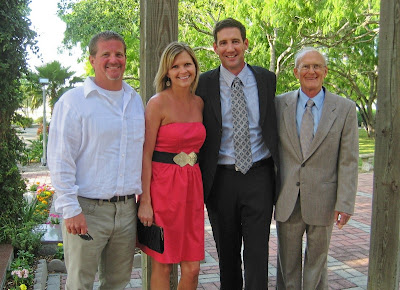 The food was delicious as well as pretty. Although I'm not a big steak lover, this was melt-in-your-mouth wonderful and the cheese garnish for the chicken - yum! 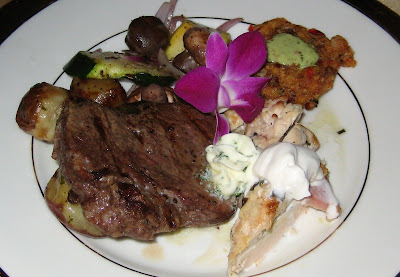 Here are eight of the twelve cousins - a nicer group you'll never meet. It seems that boys run in the family, although two of the four who are missing are girls. 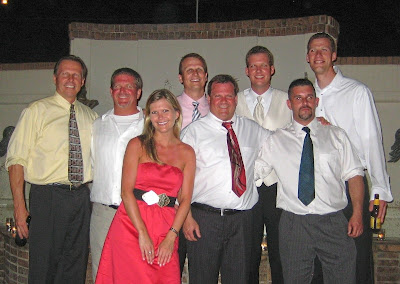 We had a really good time and it was a nice break from sitting in Mesa, waiting to heal. Honestly, I don't know what retired people do who don't travel!
Posted by Barbara and Ron at 3:14 PM 4 comments: