Let's face it, since we're back in Mesa for the winter, I'll have to be more creative with my posts. I was thinking, "What does autumn mean to me?" Well of course there are a couple of fun holidays, but I'm going to go with 'pumpkin chucking'.

Although this fine tradition is celebrated in various places, we were in Moab a few years ago for their annual Pumpkin Chuckin' contest. What a hoot! 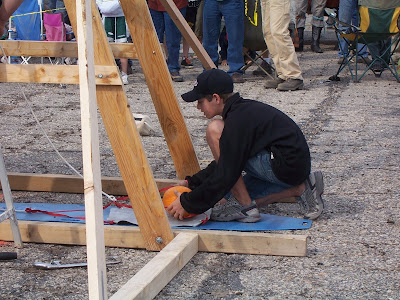 The chucking methods ranged from the basic catapult 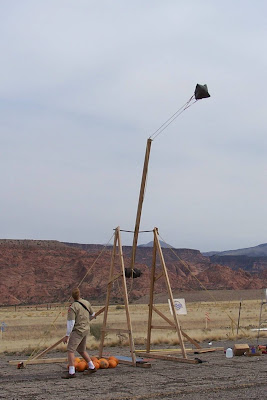 To this elaborate dragon cannon. 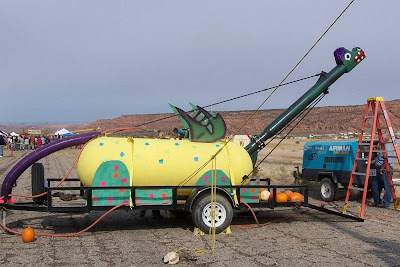 These cute little girls displayed plenty of heart, but their pumpkin only went about 10 feet. 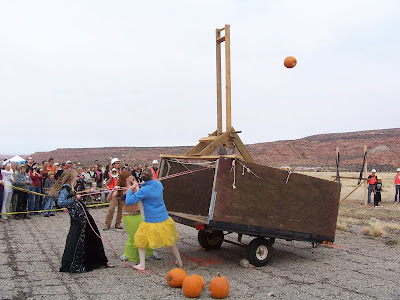 These guys went for the basic giant slingshot and dressed the part. 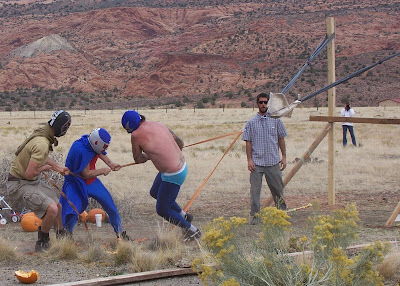 But there was really no competition for the dragon cannon which hurled a pumpkin clear out of sight. 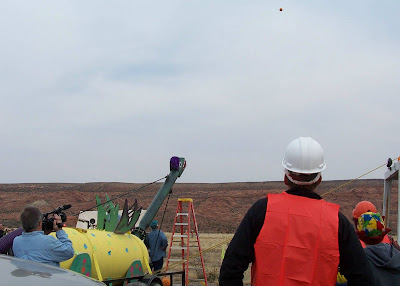 Recently I spent a lovely week visiting with my father in Pennsylvania. At 90 (closing in on 91), it's wonderful to see how well he's doing. He complains that he can't do what he used to, but personally I'm glad he hired somebody this year to climb up on the roof of his two story house and blow the leaves out of the gutter.

I happened to be there for Veteran's Day which started with a visit to the local elementary school for a program honoring our servicemen past and present. The precious little girl next door had asked him to come.

Then we went to Applebees for their free meal for veterans. I never saw so many old guys in one place. I guess the young ones were at work. The waitress gave my father a cute card made by a student in one of the other elementary schools. We got a charge out of it. 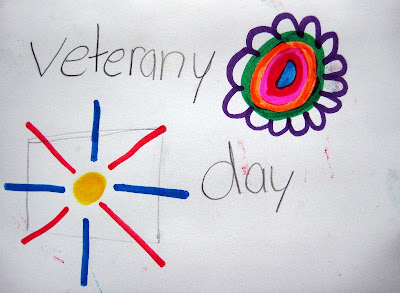 Not to embarrass him, but here's my very handsome father in 1943 when he joined the army. 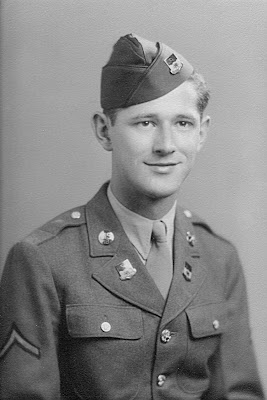 What I didn't know until fairly recently was that he was in the second wave to land on Omaha Beach in Normandy on D-Day. I simply can't imagine my kind and gentle father going through that horror and I guess that's why he never talked about it. If it wasn't for France deciding to give a medal to all the servicemen who were involved, I probably would never have known. Here's the medal and nice accompanying letter. 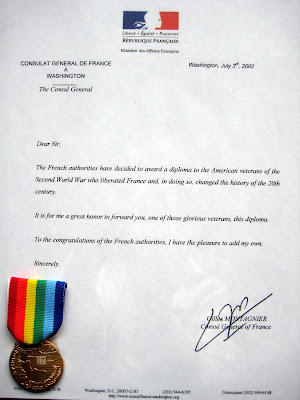 I always say my father lives on the side of a mountain, although when Ron saw it, he asked, "Where's the mountain?" Hey! These are the grand old Appalachians, not the upstart Rockies! We admired this colorful sunset through the living room window. 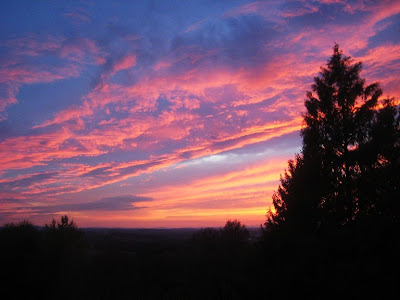 And to backtrack even more, we received this picture of Ron's granddaughter Shannon in her Halloween costume. She decided what she wanted to be and her mother made it happen. 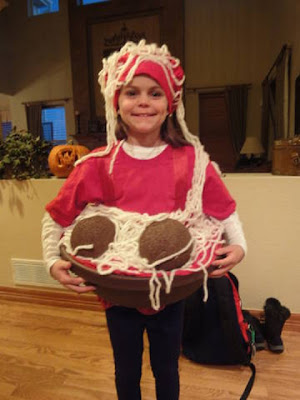 I promise this is the last Halloween picture, but this is Shannon last year. Cute, huh? 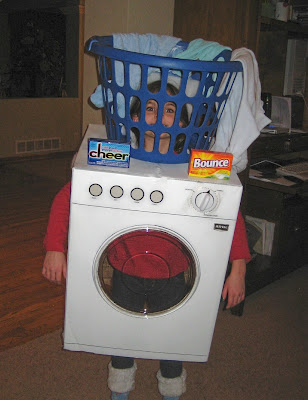 Okay, enough with the cute grandchildren in their Halloween costumes. Since I do not have grandkids (just a grandcat), I am fighting back the only way I can - old pictures.

Here are my two daughters with their best friend about 35 years ago. My little angel looks worried and my ballerina is wearing her orthopedic shoes. Since they don't read my blog, they'll never know I'm exploiting them. 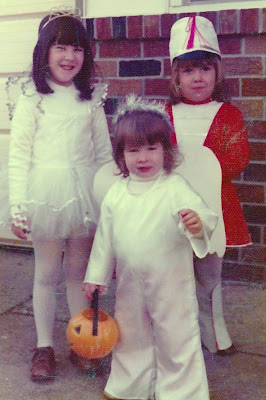 Now for a real laugh, this is me about 50 years ago. As you can see, I was ahead of my time being the only kid in my school that was overweight. Although my father always said I was only 'pleasingly plump', once I lost the weight, he admitted I was fat. 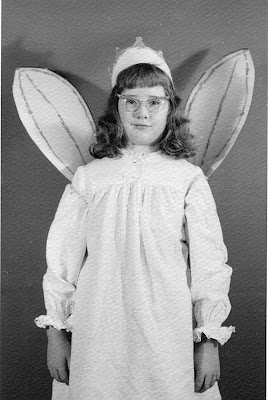