As is my custom, I'm going to attempt a review of our travels for the year, supported by the pictures I chose to create my calendar for 2015.  This always results in some huge gaps, but I'm going with it anyway.

When we left Mesa in April, we joined our WIN friends in beautiful Sedona. 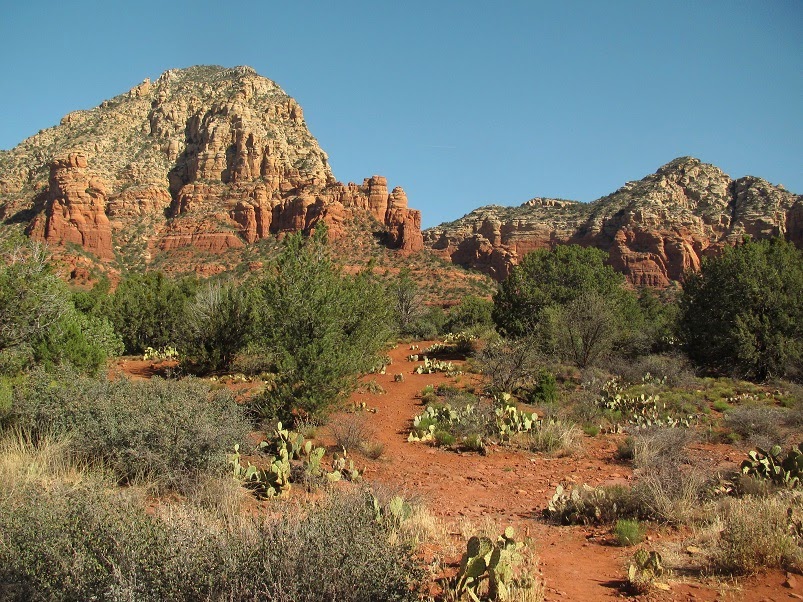 Although the WINs had a couple of traveling circuits planned, we had our own itinerary in mind. Once again, those plans included a stop in Denver area to visit Ron's daughters and their families. We headed north through the Four-corners area and stopped at Mesa Verde National Park. 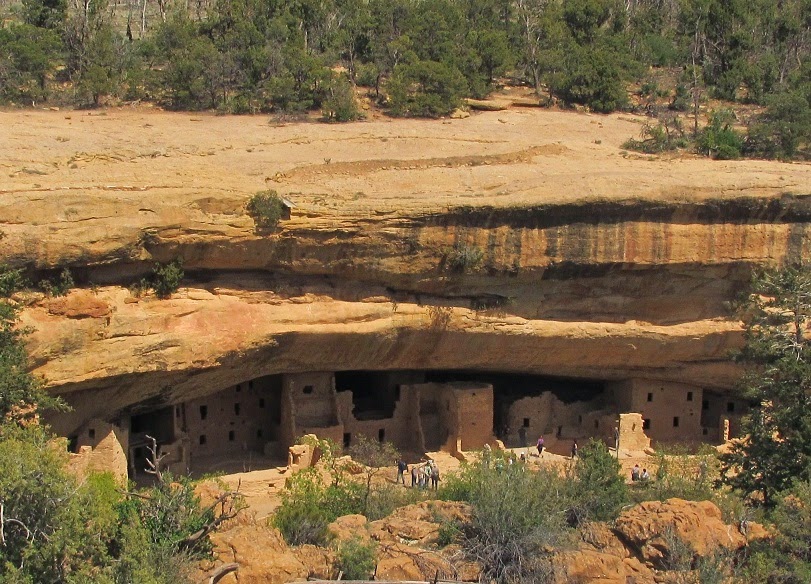 Where we encountered this colorful guy. 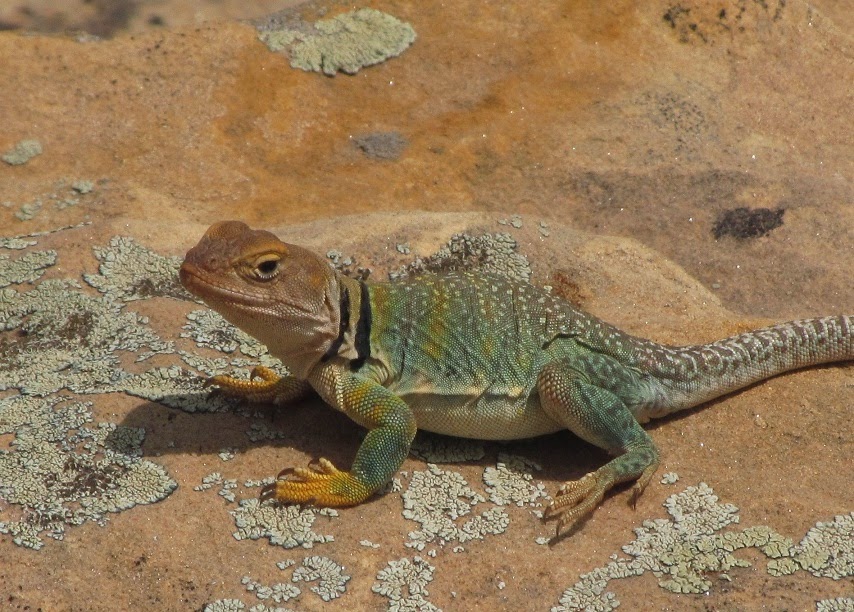 Continuing toward Denver, we stopped at Black Canyon of the Gunnison National Park. 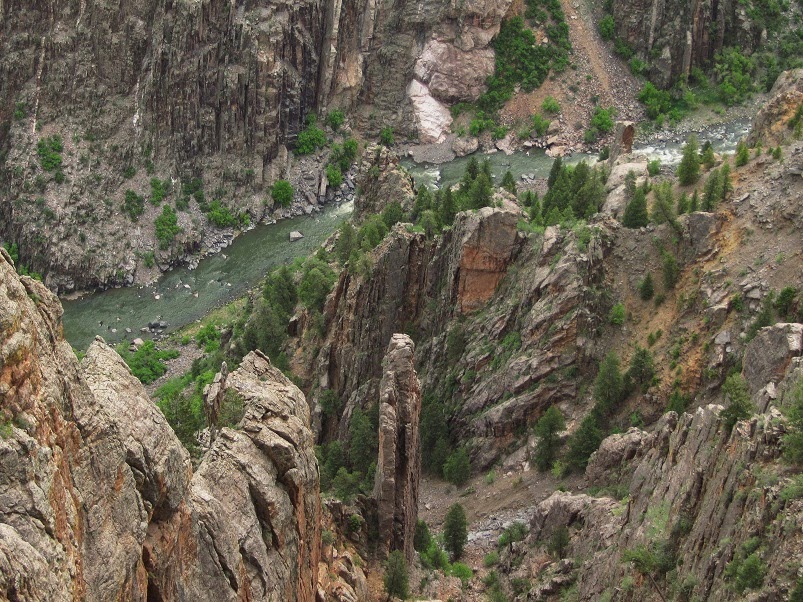 Once in Denver, we embarked on a trip within a trip.  Leaving the RV at the Elks, we flew to Anchorage, Alaska, to begin a cruise/tour.  Highlights included a train ride to Denali in an observation car . . . 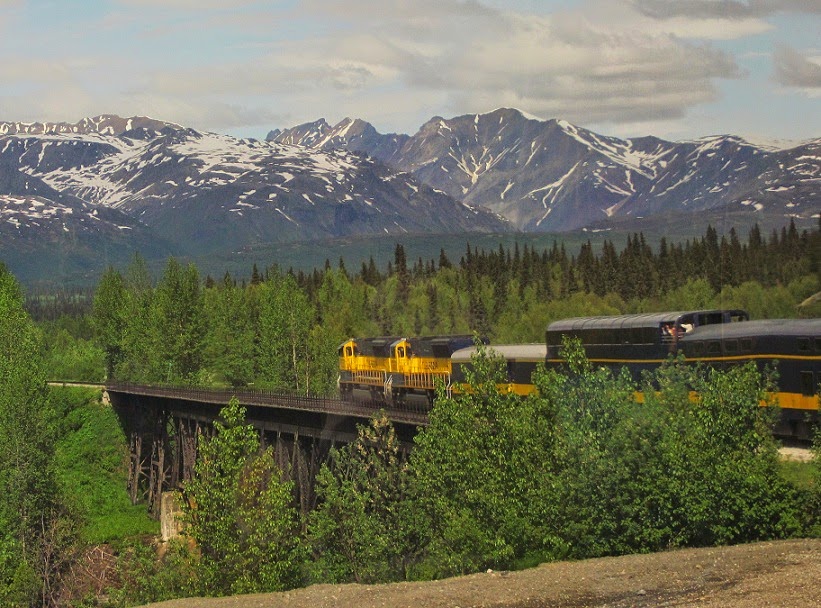 And seeing the Alaskan wildlife. 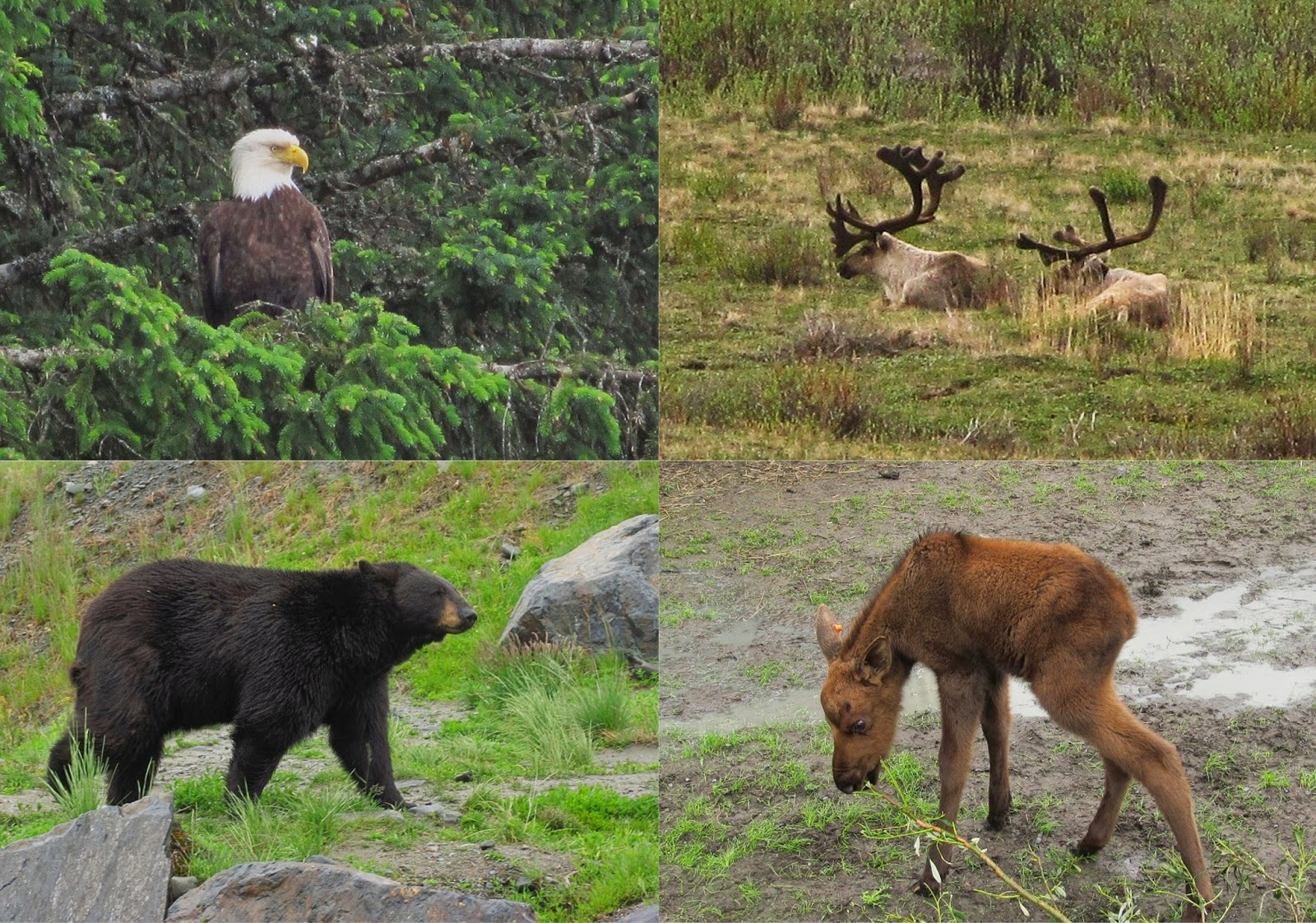 (Although to be candid, the bear and the baby moose were not actually in the wild.)

After a wonderful inland passage cruise south to Vancouver and our flight back to Denver, we enjoyed a couple of weeks visiting Ron's family.  Then we were off again in the RV.  We headed east through Nebraska, stopping at North Platte where we found this pure white peacock. 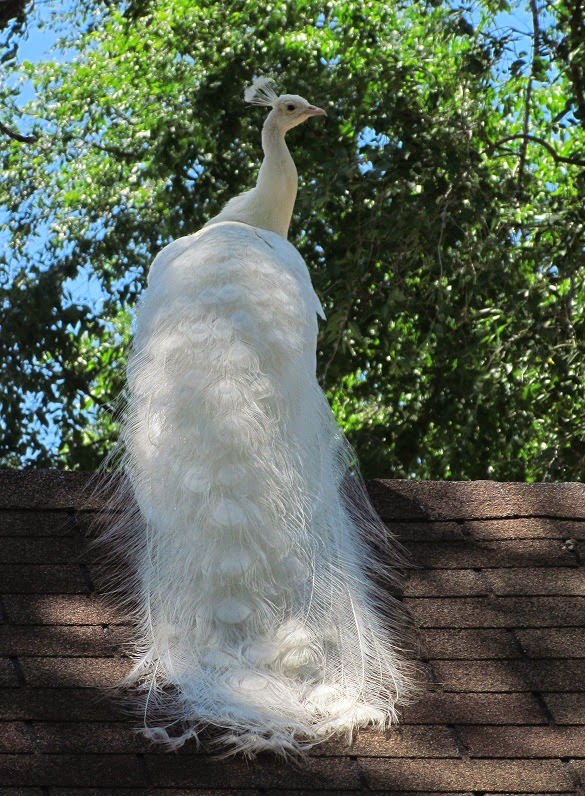 We continued east through Nebraska, Iowa, and northern Illinois, traveling the back roads, instead of the Interstate.  We attended Ron's high school reunion, where he commented there were a lot of old people.

We bought a state parks pass for Wisconsin and utilized it quite a bit during our three weeks in Wisconsin.  We enjoyed the local flora . . . 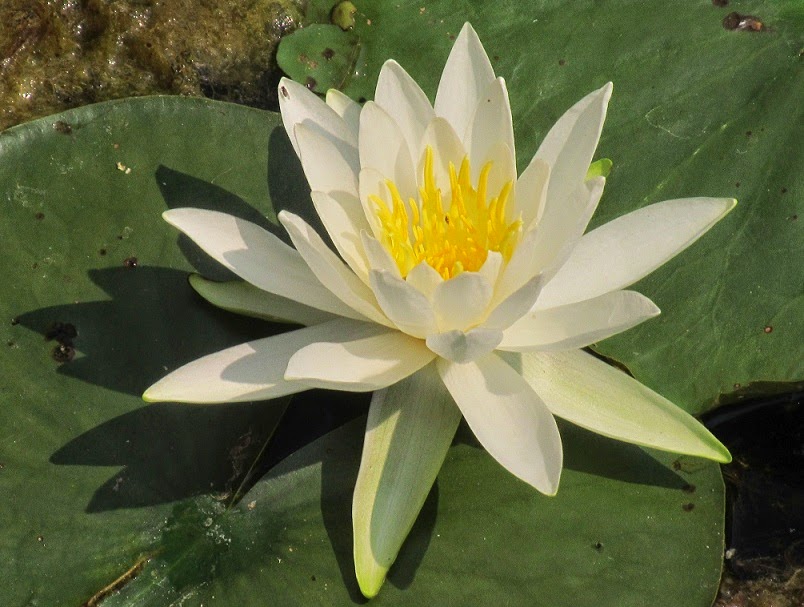 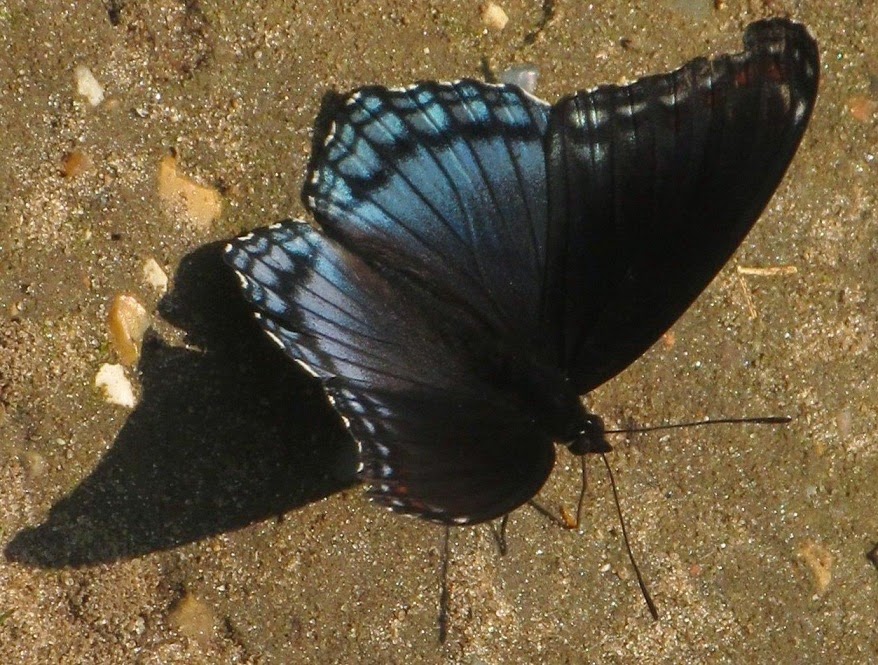 We also checked out some light houses.  This one is in Algoma. 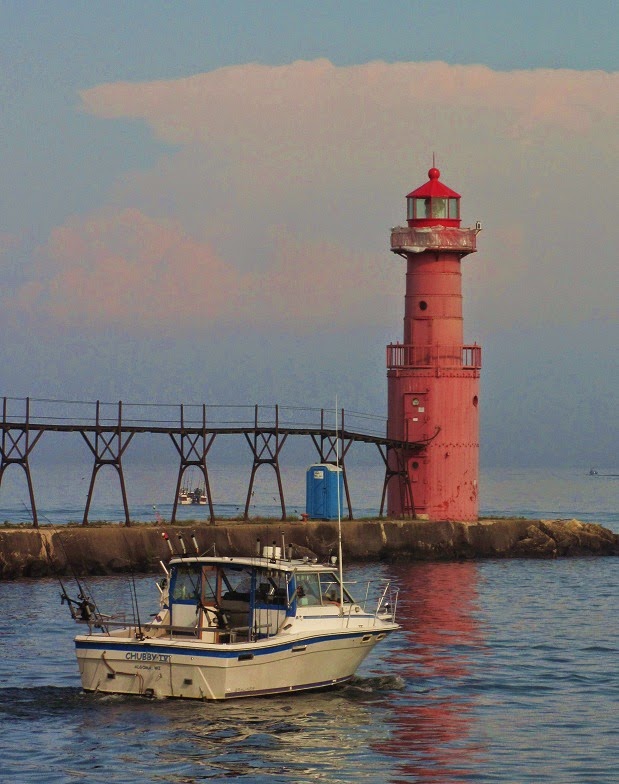 And this is one of several we scouted out in Door County. 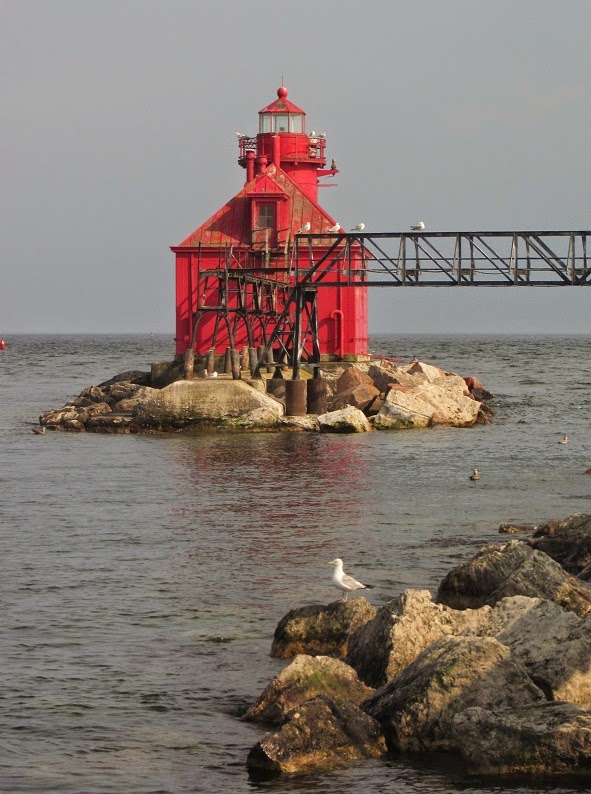 Returning through Iowa and Nebraska, we stayed close to the northern border of both states.  In Effigy Mounds National Monument, I was mysteriously drawn to this alien growth. 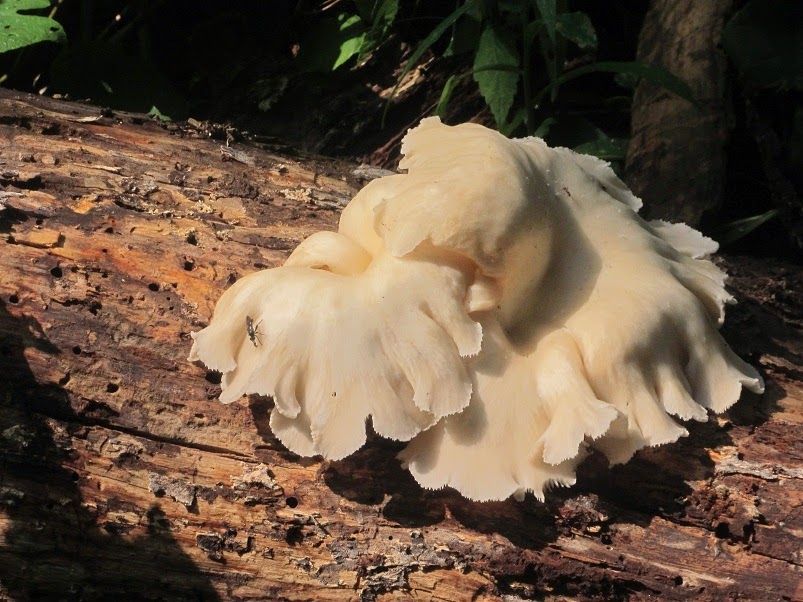 While the RV had some TLC at the Winnebago factory in Forest City, Iowa, we enjoyed this garden in nearby Clear Lake. 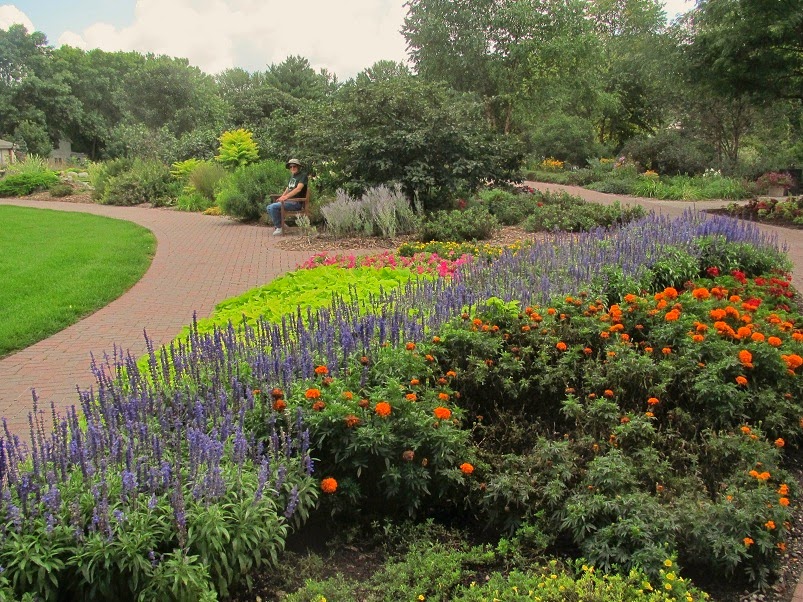 Then it was back to Denver for another visit and to welcome Ron's new granddaughter Elsie.  All too soon, we tore ourselves away and traveled south through Colorado enjoying the golden aspen trees. 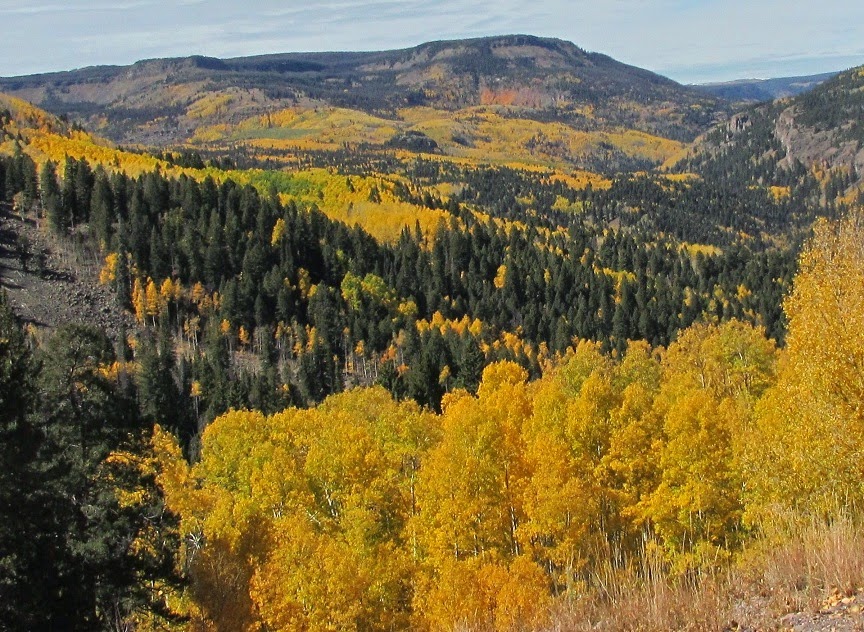 And we continued south through New Mexico, hitting a couple of little known national recreation sites and ending at pretty Oliver Lee State Park.  Sunset there reminded me of a watercolor painting. 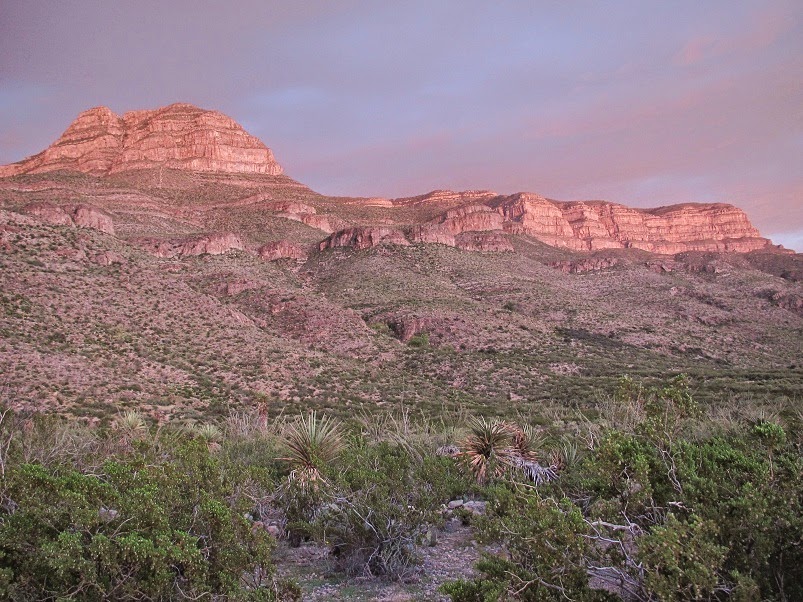 Although this is certainly not all we did during our 2014 travels, it is all the pictures from the calendar, so this concludes my wrap-up.  Who knows where we'll be exploring in 2015.