Although we actually left Mesa a week ago on our summer travels, I wanted to post some pictures of the desert at its best.  As a former Easterner, I had imagined the desert southwest to look like the Sahara.  The reality is quite different, especially in the spring when the cacti bloom.

On our block, we have a saguaro that is always one of the first of its kind to put on its beautiful, if inaccessible, show.  We can count on it to bloom by the end of March while the ones out in the wild are at least a month later. 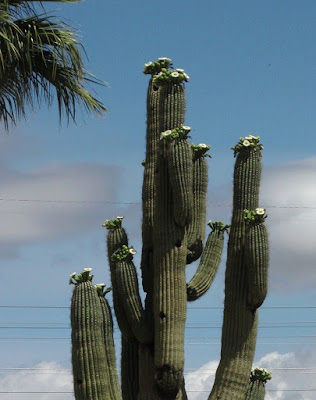 A few years ago, I carried a ladder down the street and got a closeup of one of the flowers on a slightly shorter saguaro. 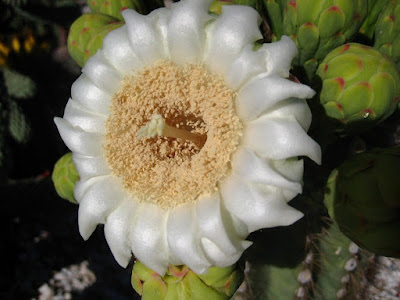 One day, we took a hike with Diana and John and Carol and admired all the cactus flowers along the way. 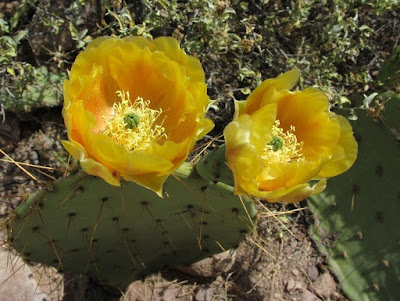 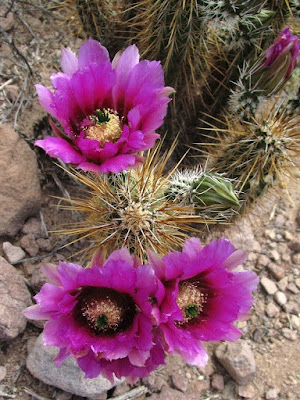 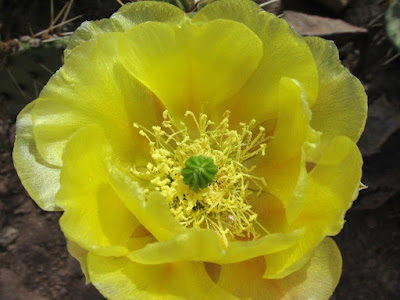 My favorite cactus is one I found in our neighborhood which I thought was a night bloomer because, for days, it looked like this. 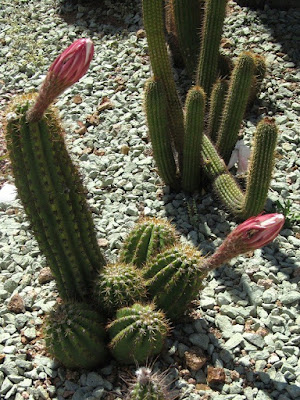 But one day it burst into a 7-inch gorgeous flower which opened for three days. 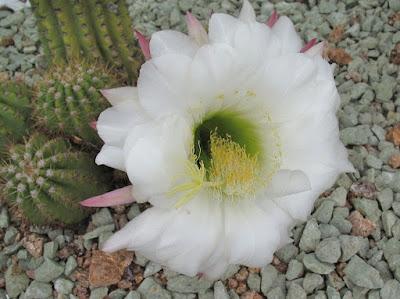 And for those of you who think it never rains in the desert, well, it might not happen often, but it does. 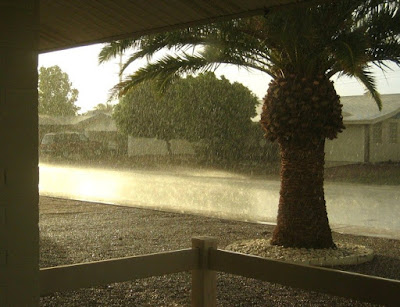 Funny story - We finally decided that we really didn't need two cars and decided to sell our Saturn.  It had a few minor problems, but ran well.  I posted it on Craigslist on a Saturday afternoon. 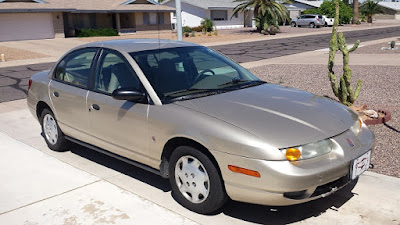 Within a few minutes, Ron was getting so many phone calls he couldn't keep up.  And texts!  He had six in 13 minutes, which he just ignored because he was on the phone.  The first person who came bought it and he seemed very happy.  Humm, maybe we should have asked for more.  LOL

So where are we now?  That's for the next post.