The 2010 year was very challenging for Ron and me.  It began fine with multiple hikes in the Superstition Mountains. 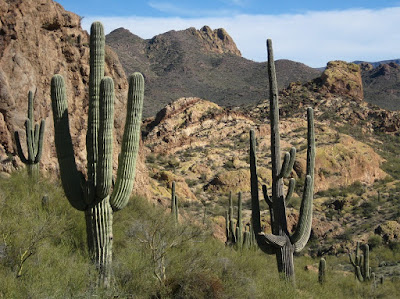 As well as one with Ron's son Jim during his annual visit. 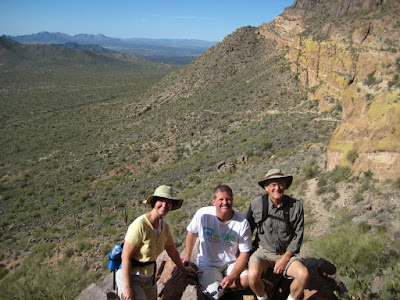 But the most ambitious hike was with friends John and Carol when we climbed formidable Picacho Peak.  The hike ascends to the very peak seen here in the distance. 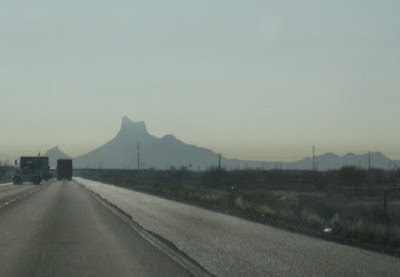 After two miles of a steep climb with chains in the most difficult sections, we were happy to reach the top. 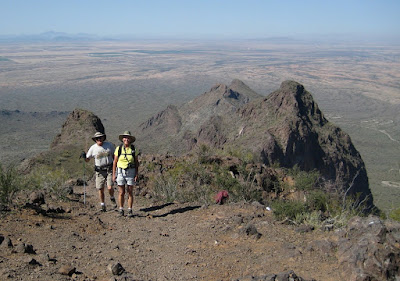 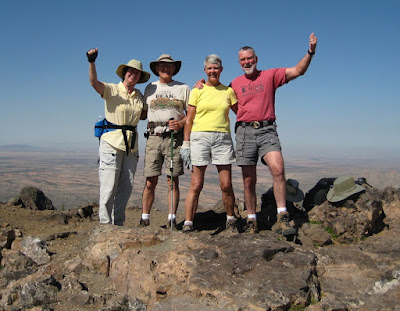 We also did a fairly difficult hike to Fremont Saddle on the Peralta Trail.  From the top is a good view of Weaver's Needle. 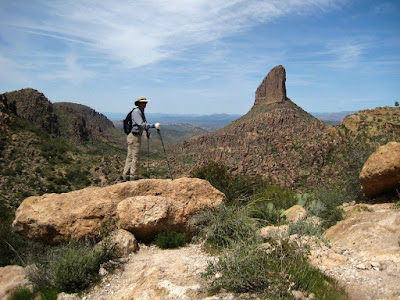 Unfortunately, during a volunteer cleanup in our community, Ron picked up some cactus needles in his finger which became infected.  To fight the infection, he was given ever stronger antibiotics. 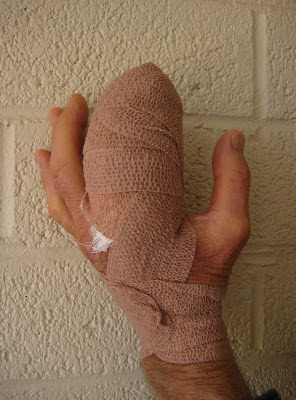 We were unable to leave on our annual RVing travels, but he toughed it out and we flew to Corpus Christi to attend his nephew's wedding. 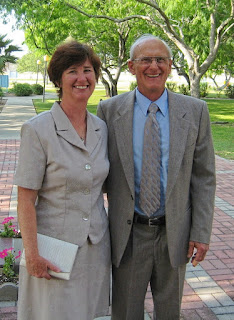 Perhaps the only advantage to staying in Mesa for the summer was the chance to see some beautiful cactus flowers.  This is the saguaro bloom which required a ladder to capture. 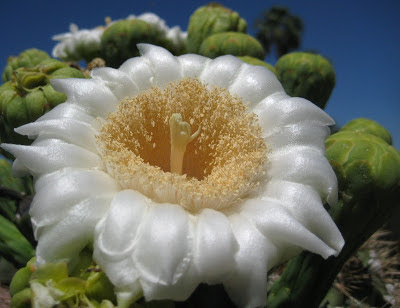 This is my favorite.  I think it was a night bloomer. 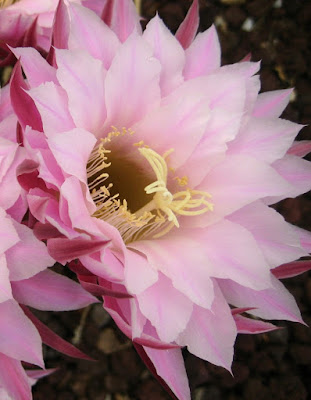 In August, we escaped the Mesa heat and visited our friends at 7000 feet outside of Show Low.  Ron even helped Ted to build a pump house. 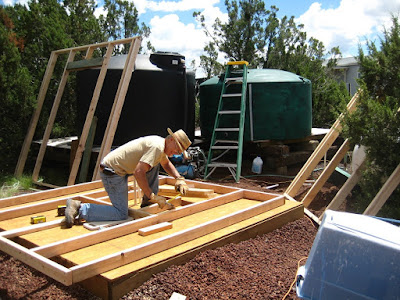 We also spent some time along the Mogollon Rim.  No, Ron, don't jump! 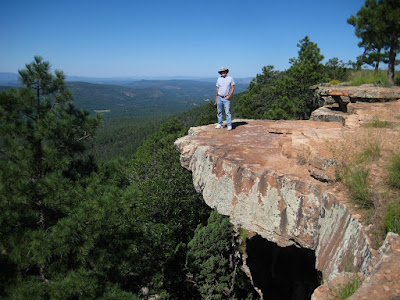 After a cool 3 weeks, we returned home until mid October, when we ran to gorgeous Sedona for two weeks.  Wow! 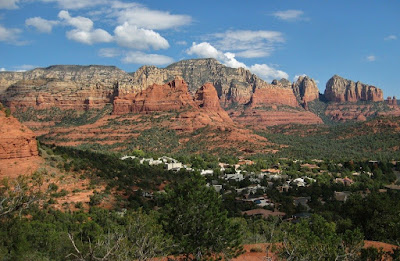 We took a ride up Oak Creek Canyon for more spectacular views. 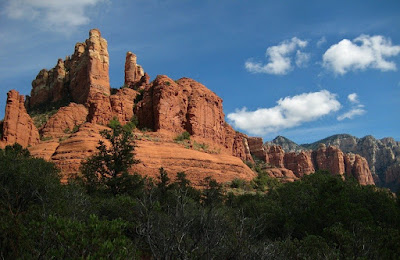 And we did manage to join the WINs for Thanksgiving in Borrego Springs. 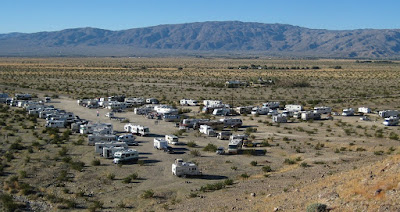