Somehow I spent nine nights at the Boulder Beach campground just north of Boulder City and never saw the Las Vegas Strip or Hoover Dam. Even to me that seems a bit Un-American. I had no particular desire to see Las Vegas after my last visit there a few years ago. They have given up on any semblance of family entertainment with their 'what happens in Vegas, stays in Vegas.' At the risk of sounding prudish, I'm sorry to see that happen. (I know, I know, it's just business.) As for the dam, I just never got over to see it this time. I went shopping with Diana the day Ron went with some others. The new bridge they are building to bypass the dam is interesting. It's been a work in progress for years, but is nearing completion now. The supporting structure is finished and just needs the roadway added to the top. Donna got a nice shot of it that she put on Flickr. Click here to see it.

So here are some snippets of what filled our time at Boulder Beach. One day Ron and I decided to try some of the 34 mile paved bike path, 10 miles of which are along Lake Mead. I pictured a nice level path along the scenic lakeshore - wrong! After about 3 1/2 miles of up and down hills, this casual biker threw in the towel. And it wasn't right along the shore, but it did have some nice scenery. 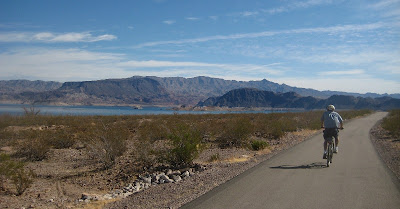 We went to the Clark County Museum - cute and very economical at $1 admission. I took this steam switch engine for my father, the rail enthusiast. 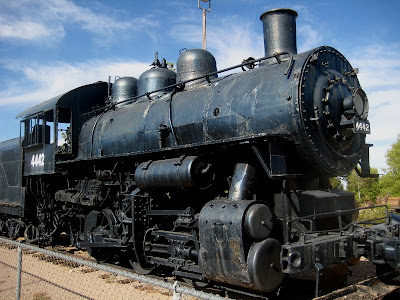 And this for the nostalgic fans of old stuff (and I thought it was cute.) 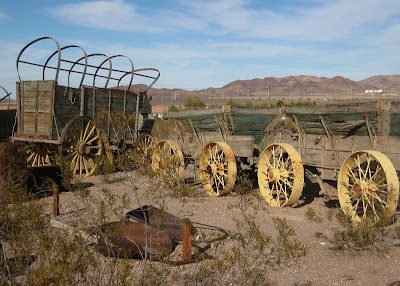 My favorite thing was this table handmade in the 1950s using discarded casino dice. 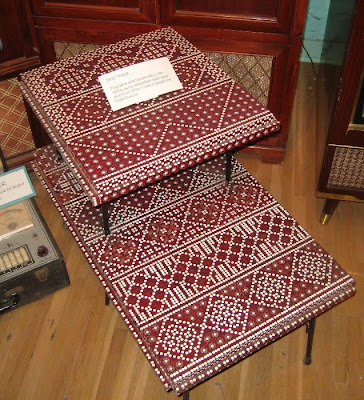 And we went to Red Rock Canyon just west of Vegas. 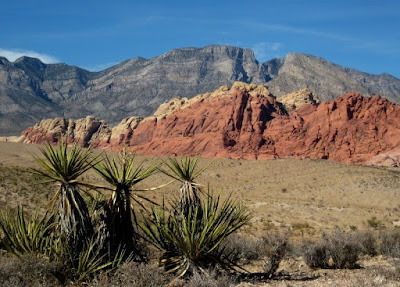 Funny thing - Ron and I were both sure we had never been there, but as we got closer, we started to change our minds. 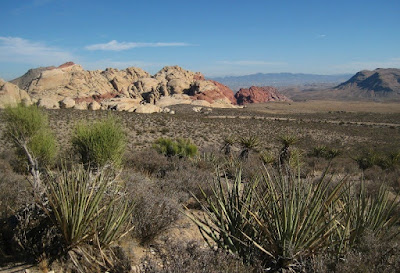 Sure enough, when we got home, I found this picture I had taken three years ago. Obviously it wasn't the sunny day we had this trip. Those skies look wicked. 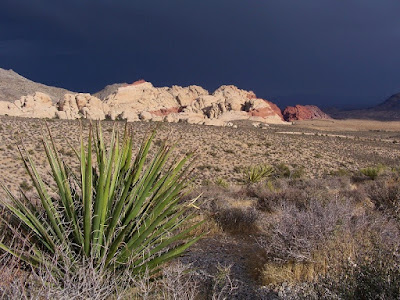 And we went to the Hoover Dam Museum in the historic Boulder Dam Hotel in Boulder City. The dam's name had an interesting history.
- The dam was originally called Boulder Dam for the chosen dam site - Boulder Canyon (although the site was later changed to Black Canyon - 20 miles down river.)
- In 1930, at project start-up, the Secretary of the Interior spontaneously named it Hoover Dam.
- In 1933, the next Secretary of the Interior renamed it Boulder Dam.
- In 1947, a joint resolution of Congress restored the name Hoover Dam.
- An anonymous citizen suggested another name - Hoogivza Dam.

Anybody can take a picture of Hoover Dam, but I found this picture of the dam site before the dam was built. 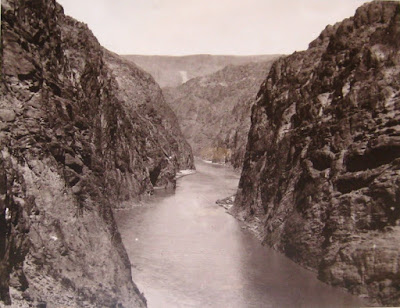 The museum had an interesting 20 minute movie - the official construction film made by the Bureau of Reclamation.

Our last day there, Chuck, Karen, Al, Ron, and I took a short but scenic hike from the Las Vegas Bay campground. 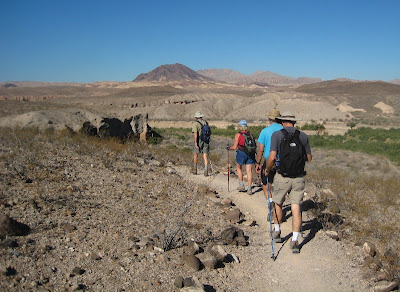 Al claimed he had water in that wine bottle he's carrying. 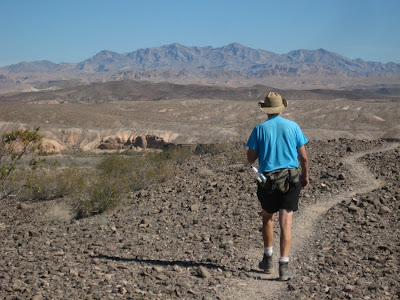