We spent the last few days with the WINs at Katherine Landing campground, just north of Bullhead City, Arizona. We had the funniest thing happen on our way south on US95 from Boulder City. Driving along we had a feeling that something was different. It took us awhile, but we finally realized that the rig wasn't making any noise. Usually, we are besieged by numerous creaks, groans, and rattles. The road between Boulder City and Searchlight was so smooth that we actually noticed the quiet!

Katherine Landing is on Lake Mohave which is formed by Davis Dam, down the Colorado River from Hoover Dam. I guess that means we would really be in trouble if the Hoover Dam sprang a leak - you know, like in the Superman movie. 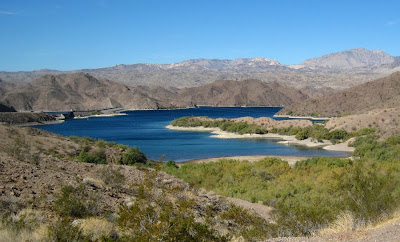 The roadrunners were very friendly at the campground. 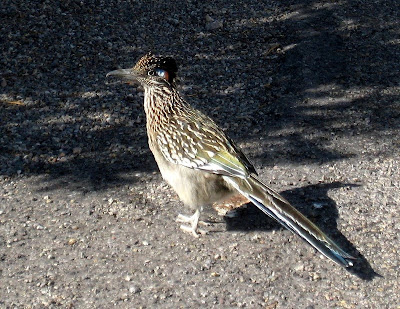 We had terrible weather for this gathering - it went from hot and windy to cold and windy. Luckily, Bullhead City has every store you want and Laughlin, Nevada is right across the river for those tasty casino buffets.

But one day we bundled up in our nerdiest hiking clothes for a short hike up Grapevine Canyon, famous for its many pictographs. 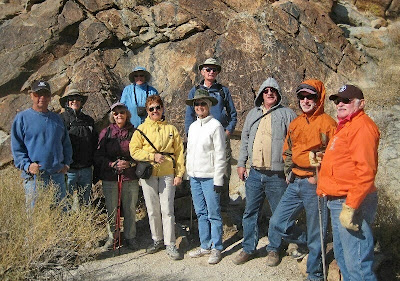 As I've mentioned previously, I do tend to be skeptical. In addition to the sheer numbers, these drawings are particularly suspicious to me because they are not in protected areas where they could last for hundreds of years. 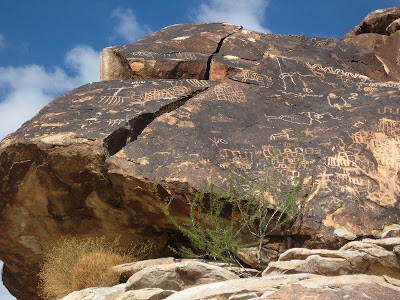 It's nice to know that ancient people had hospitals. 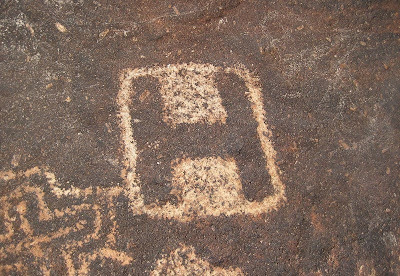 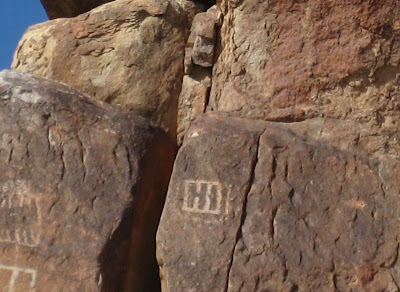 Mark seems to have spotted something else. 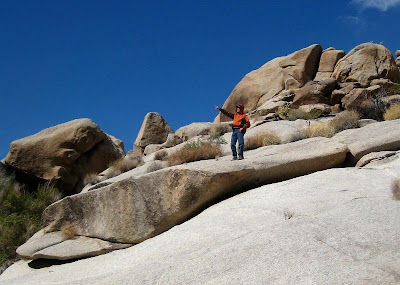 Ron climbed up to get a shot of these sheep. They were more protected and similar to pictographs we have seen in other places. In other words, more believable. 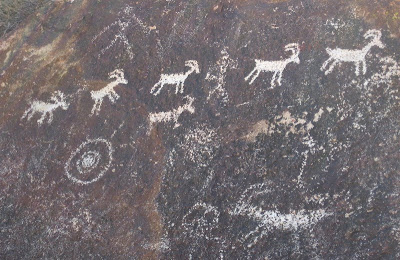 After the hike, we rode up to Christmas Tree Pass which had some impressive rock formations. 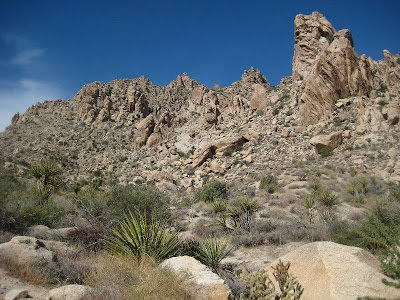