Today was the second annual Murder Mystery at the WIN gathering in Boulder Beach Campground. I missed the premier event last year and I have to admit it was the main reason we came this year. The cast of 20 went to the local thrift stores and created wonderful costumes. The actors did a fantastic job with their portrayals and I was highly entertained. 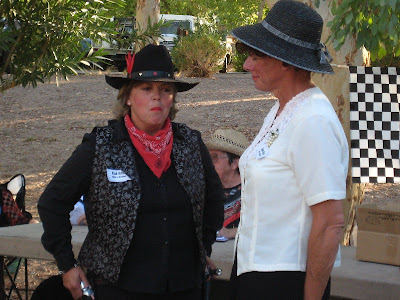 Gambling Jack (Phil) seems to be having a minor costume malfunction while talking to Harry High-Stakes (Peter.) 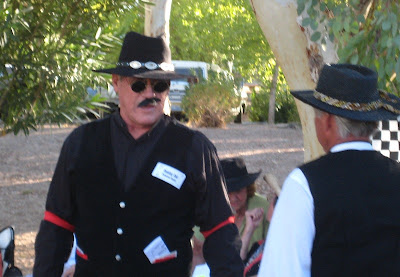 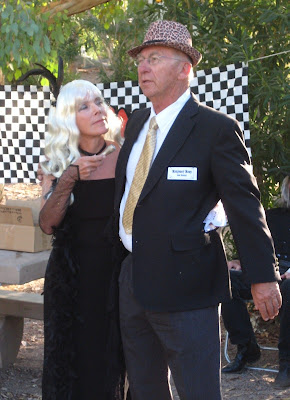 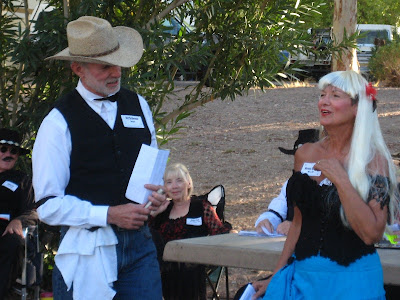 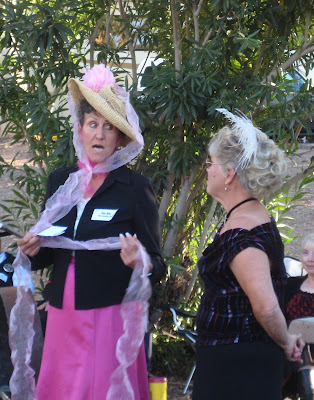 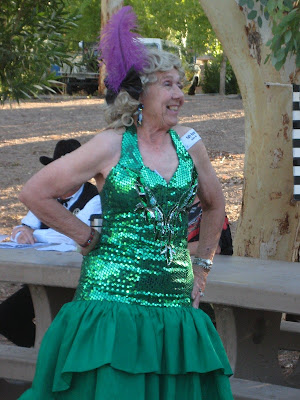 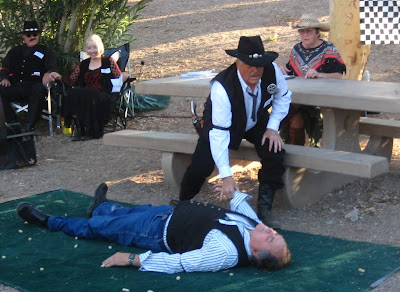 Also appearing were Sheriff Sam (Bob), Sally Starr (Bobbe), Elizabeth Money (Carol), Jesse Wales (Chuck), Banker Bob (Janet), Poker Alice (Judy), and Clay Coldwell (LJ.) Three people, including my brilliant sister Diana, guessed who the killer was. Director Joey deserves a lot of credit for putting the show together. Plus she managed to keep everybody organized - quite a feat for a bunch of WINs. 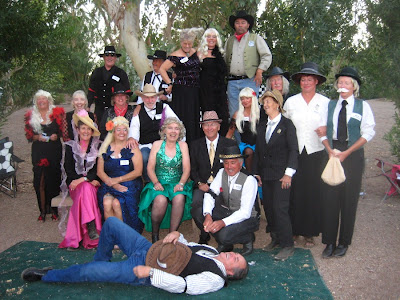 If you want to see last year's pictures, click here to see Judy's blog post on the Margaritaville murder mystery.
Posted by Barbara and Ron at 10:11 PM