We're finishing up our stay in Indio, CA, attending the 22nd Annual Western Area Rally of FMCA (Family Motor Coach Association.) Although I couldn't join this RV club when I was trailer trash, since I moved in with Ron, I am now considered acceptable.

These rallys have one huge problem for me - the rigs are packed in like sardines. 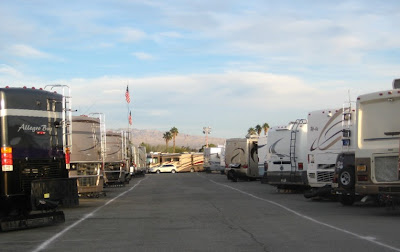 Here we were actually nose to nose. This upset me for two reasons. 1 - If one of those RVs caught on fire (which is more common than you might think), there is no way they could clear the area. Super scary. And 2 - We were in the no hookup area where the generator hours are 7am to 10pm. I swear all our neighbors turned on their generators at 7am and ran them for several hours, then again at 5pm until 10pm. Geez! Not only did the noise cause our RV to vibrate, but the fumes! Even with all our windows shut, I'm sure we were breathing bad stuff for four days.

But other than that (and I know I'm in the minority with my complaint), the rally was very nice. The activities (morning coffee and donuts, ice cream social), entertainment (professional acts each evening), vendors, seminars, and volunteers doing a million and one things were all incredibly well organized. Most of the seminars were given by somebody selling something, but usually they were still informative and/or entertaining. There was only one that I walked out of. Hey, I'm an adult, I don't have to sit there listening to a guy who didn't even bother to organize a talk, but just announced what and where his company was and then asked if anybody had any questions.

I don't have many shots, but a few things did beg to be photographed.

Like this Aladin who seems to be sitting on top of an RV. You can see his magic lamp off to the right. (He was actually on a small stucture behind the rig.) 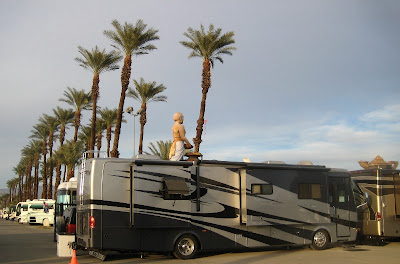 There were plenty of new and used coaches to admire, but my favorite was this Bluebird Wanderlodge from 1988. A true RV classic.

I couldn't believe all the gauges - it looked like a 747! 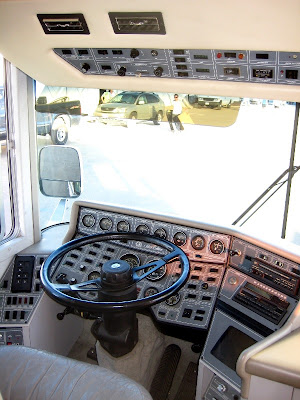 It was obviously top-of-the-line in its day. 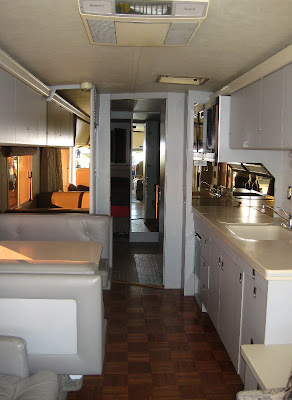 The individual FMCA chapters (think fraternities on wheels) put on an impressive parade with a Silver Screen theme.

I loved the Wicked Witch of the West on a scooter. 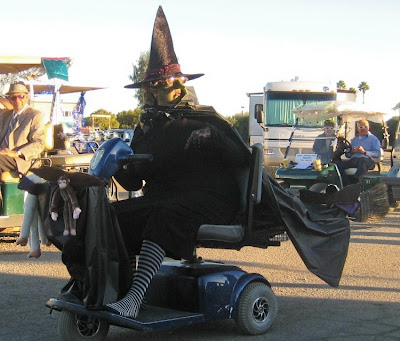 Mammy from Gone with the Wind seems to have had some work done. 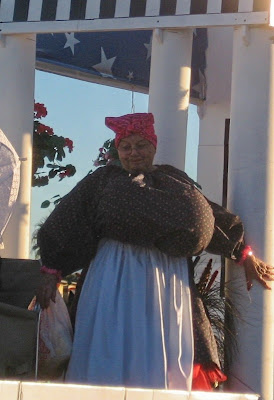 Popeye and Olive Oil made an appearance. 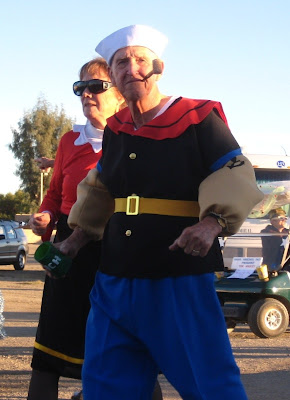 The costume looks great, but does anybody know who the heck this is? 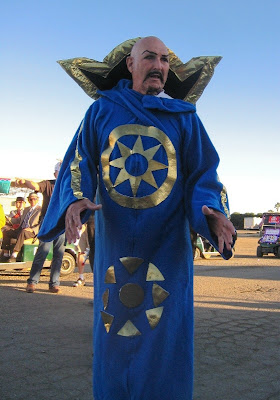 Even Marlon Brando made an appearance. 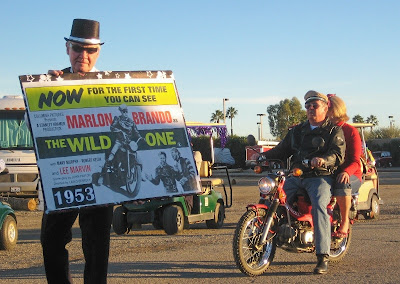 But really, where did Captain Hook find this Tinkerbell - she's way too young for this group. 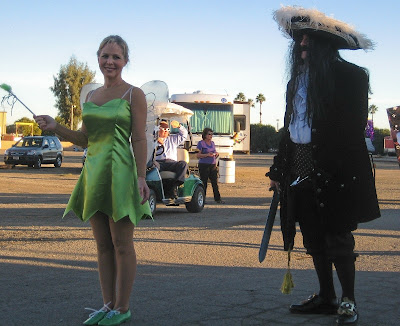