I love this park! But then I love all the National Parks. Like I always say, there's a reason why they're national parks. I am fascinated by the other-worldly look of these exotic trees and their ability to grow in arid desert. Although I used to believe they lived thousands of years, it's actually hundreds. The oldest tree in the park is 40 feet tall and believed to be about 300 years old. After the first few years, they only grow 1/2 to 1 inch a year.

We stayed at one of the beautiful campgrounds inside the park - just look at this site! 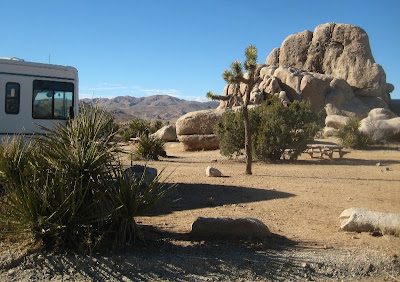 Although Joshua trees can be found outside the park, I believe this is the only place where you can see forests of them. Of course, like us, they do require their own personal space. 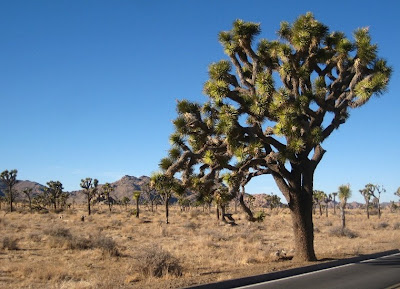 We drove up to Keys View from where we could see Signal Mountain - 95 miles away and near the Mexican border. But what impressed me was the San Andreas fault - the dark line across the middle of the picture. Trust me, it looks better in person, but go in the morning instead of afternoon like we did. 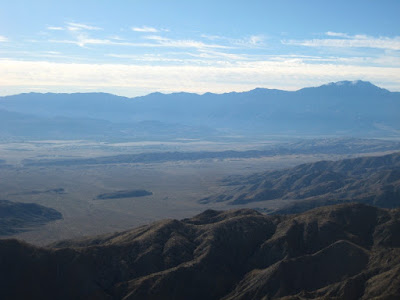 We did a couple of short nature trails like this one through Hidden Valley. No Joshua trees, but lots of rocks. 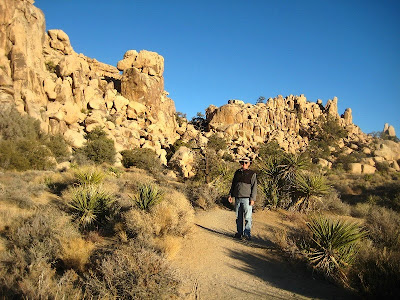 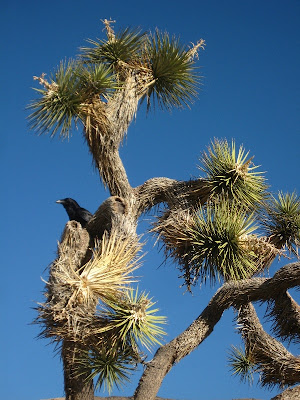 We also took the ranger-led tour of the Desert Queen Ranch - an amazing story of adaptation and survival in the desert. Bill Keys originally came to this area to work at the Desert Queen Mine. After the owner's death, he accepted the mine in lieu of back wages. In 1917, he filed on an 80 acre homestead under the Homestead Act and began to build a ranch.

Soon he married Frances Lawton and they became one of the few successful homesteader families in the area.

Here is their house which you can see was added to over the years. They had seven children, two of whom died soon after birth, and one who died tragically from an accident. 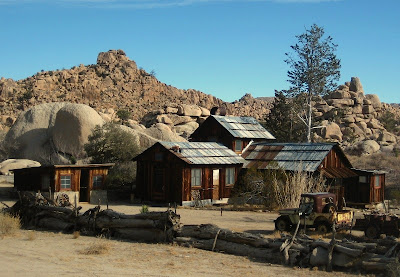 Now you might wonder how Bill was so successful and where the heck all the wood and tin came from for the buildings. The answers are one and the same - he was a scavenger. When the local mines closed, he and the family would gather all the usable material and bring it home.

Bill lived at the ranch for most of the years between 1917 and his death in 1969. In that time, he accumulated what can only be called a junk yard. 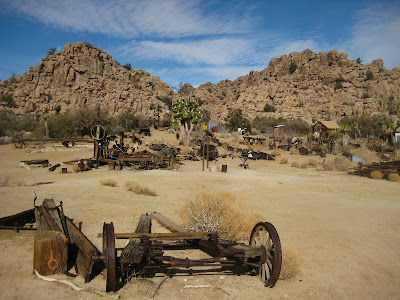 My favorite was this Mack truck with the solid rubber tires. You can even see the Mack name on the back. 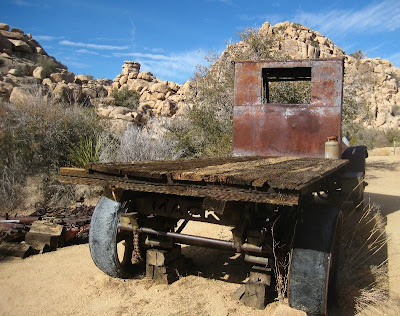 It is quite an organized junk yard though. For instance, this is the appliance section. 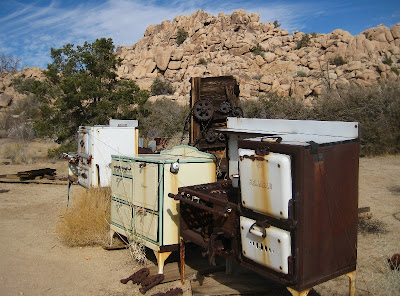 When local critters were killing his chickens, he adapted a car body as a chicken coop. 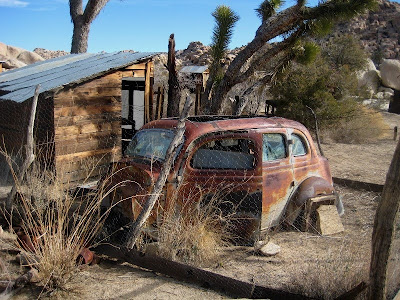 There was even a schoolhouse in the later years - there were other homesteaders in the area, just none as successful as the Keys. 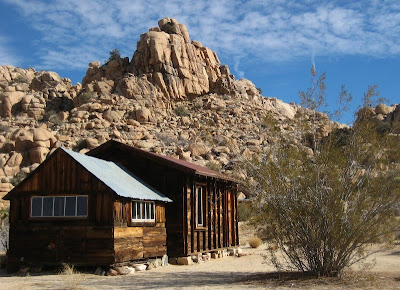 The Desert Queen Ranch tour and hearing about the Keys family history is something special and worth the extra effort to experience. They not only survived, but thrived in this harsh environment. Our ranger Claudia gave one of the best tours I have ever experienced.

We had gorgeous weather for our January visit, but I understand it was unusually warm, so maybe spring and fall would be more reliable. Claudia said they had 13 inches of snow last winter. Yikes! I was there in the spring once and the wildflowers were gorgeous. This trip the vegetation was a bit bare, but still pretty. 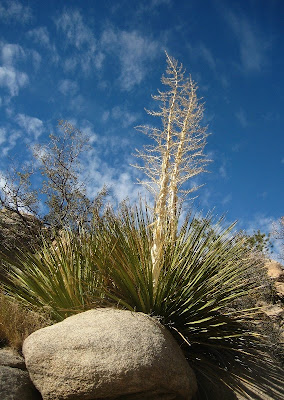 We also did the hike to Barker Dam. Hey! Water in the desert! 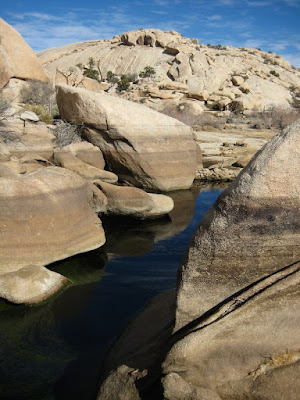 Ron snapped this of me in front of a Joshua Tree with lots of character. I'm not sure what was going on with the clouds here. 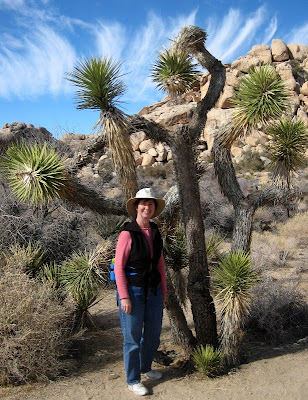