The excitement never ends! I know it's shallow to get excited about 'things', but I am so excited about our new acquisitions. I know you just can't wait to hear about them, so here goes.

First, the conundrum - when we arrived at the house in November, I was puzzled that all the non-perishable food from the RV didn't fit in the kitchen cabinets in the house. I realized I needed a pantry! Of course, this created more work for Ron. It's a good thing he enjoys having projects.

The world's rarest sight - a man who reads the directions! 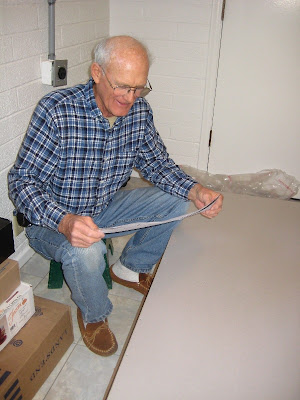 He really gets into his work. 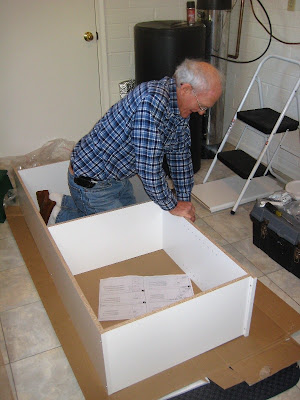 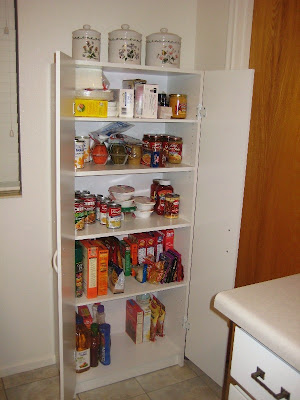 Funny story - The cabinet came with four shelves but, as you can see, there are five in the finished product. It was my proudest moment when Ron, who had never stepped into a thrift store before he met me, presented me with a shelf he had found in Goodwill.

For our second project, we widened the driveway. The Homeowners Association has a rule against parking vehicles on what they laughingly refer to as the lawn. In Arizona, we have stones. With two vehicles, we were doing a lot of juggling.

So we raked away all the stones, dug out four inches of dirt, and created a berm off to the side with the extra dirt. I say 'we' and I did help. Really! Well, alright, I helped a little. 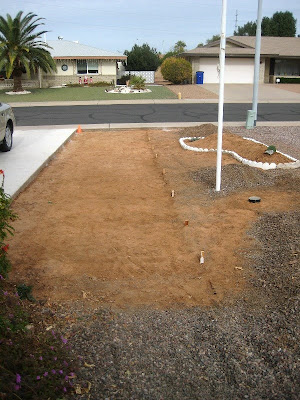 Ron added some rebar for strength utilizing supports that he created out of PVC. 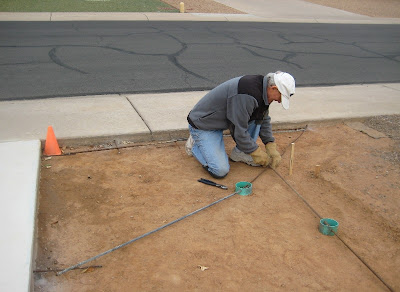 We hired a concrete service company to do the actual pouring and finishing. I missed the dramatic pouring, but the guys did a great job with the finishing. 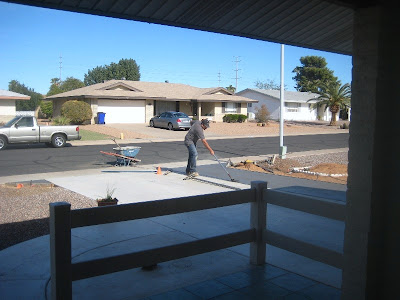 After they left, Ron was right out there replacing the dirt and stones since we were leaving in the RV for two weeks the next day. (More on that later.) 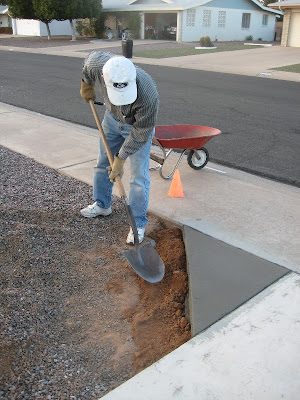 It was almost an irresistible impulse to write our initials in the finished product. I was thinking 'R&B' inside a tasteful heart, but I restrained myself. 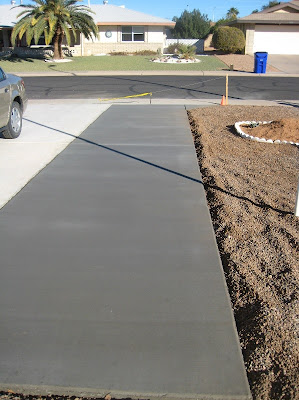 As we said goodbye to Joe across the street this morning, we told him to shoot anybody who got too close to the new concrete.
Posted by Barbara and Ron at 8:03 PM