Well, once again I've managed to fall way behind in the blog.  We're now all the way across Montana, but I have to catch up first, so back to Wyoming.  First, I have to say that people from Wyoming and Montana have to be the friendliest people anywhere.  (Now, I've probably insulted somebody from another state.)

In Sheridan, we stayed a couple of nights in Washington Park, about 1/2 mile from the downtown area.  Free boondocking, with a dump with water available.  It just doesn't get any better.  We would have stayed longer, but didn't want to abuse their hospitality.  It was really hot, so we were thankful for the shade of a giant cottonwood tree from about 1 o'clock on. 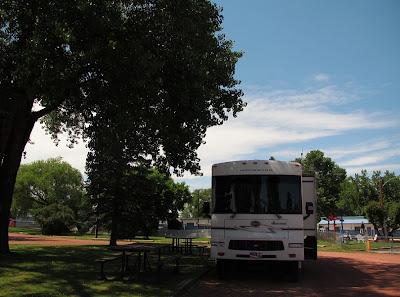 We did laundry, went out to eat, and even went to the movies, which is so unusual that we can't remember the last time we did it.  We just couldn't resist the draw of the Lone Ranger.  It was cute and entertaining, but don't expect it to have any basis in reality.  We were lucky to intersect with Susan and Leon who have been on a whirlwind tour of the West.  Their travels make my head spin.  I think they were going in circles at one point.

We also headed out for a hike in Tongue River Canyon which Diana wrote about here.  I should have reviewed her pictures before we went, but I'm getting ahead of myself.

The road in was narrow, but very scenic.  You don't even have to hike to appreciate the beautiful canyon. 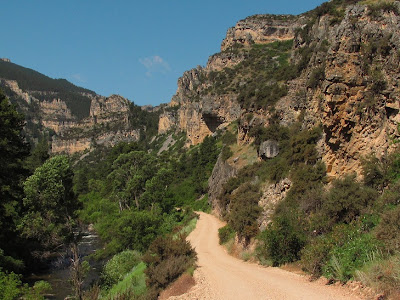 We admired the 'Eye of the Needle' (far left) and a second arch just down and to the right. 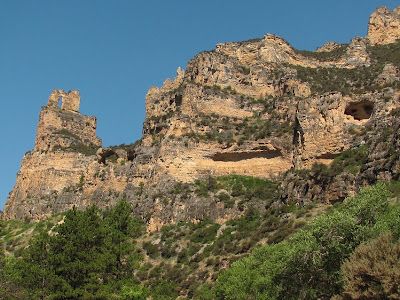 After parking the car, we started up the trail and came to a very substantial bridge where I stopped to take a picture. 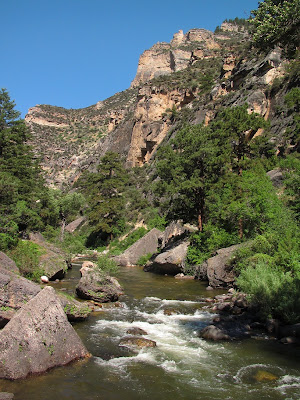 Then we continued up the trail.  And up, and up, and up.  I admired this Monarda or Bee Balm while I caught my breath. 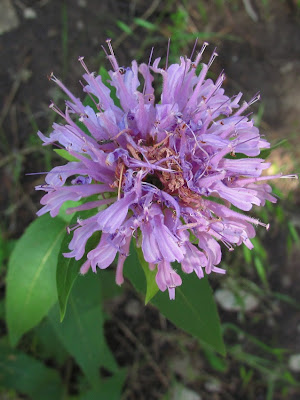 We were both pretty sure that we were on the wrong trail, but also curious to see where it led us.  Soon we came to this abandoned mine.  Do you think a bear decided to move in and broke the gate? 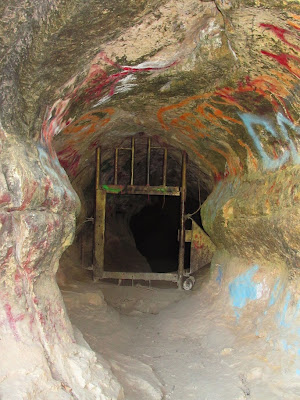 And we discovered a whole wall of ancient rock art. 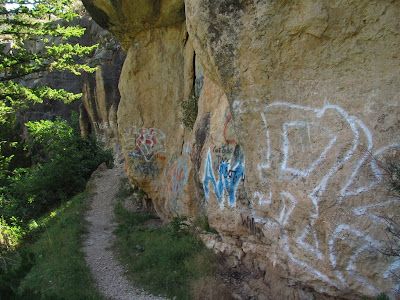 The trail seemed to end there so we made our way back down, across the bridge, and continued up the canyon on the other side.  Even the flowers were smiling at us. 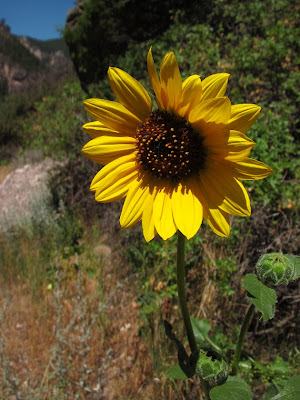 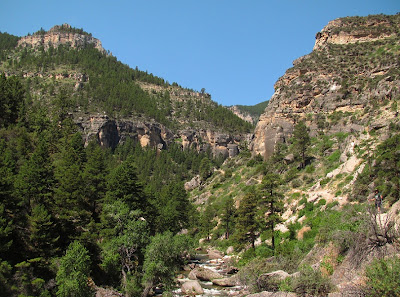 Although Ron is the one who usually sees figures in the rocks, at our turnaround spot we both agreed that this was a cartoon duck. 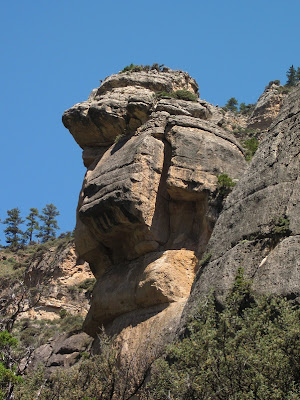 One more picture of the Eye of the Needle on our return trip. 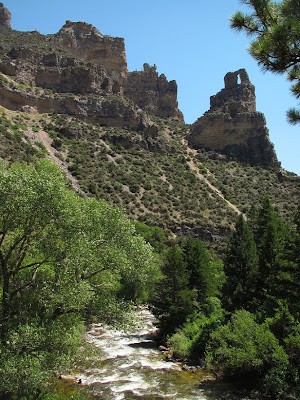 Driving home, we had to wait for these Guinea Fowl to cross the road.  Aren't they just the funniest-looking things? 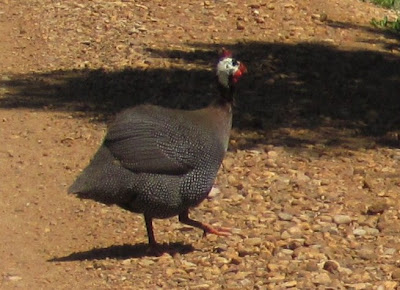