For the past few days, we have been completely out of touch - no cell phone, TV, or internet. I found it funny how that made me feel, especially since I don't get or make many phone calls and there's nothing good on TV except the Olympics which I haven't even been watching. So that leaves the internet. Am I that addicted to it? For shame. But here I am doing a posting. There are things one just has to accept about oneself.

We've been in the Black Hills at a Forest Service campground on Lake Pactola. This was our first view of the lake taken from the dam. 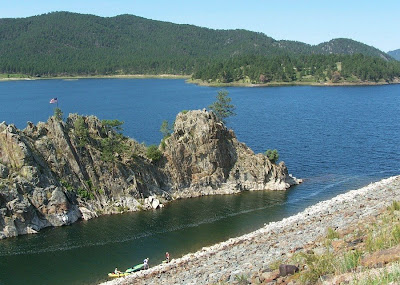 The campground (of the same name) was lovely and we had our choice of sites. Unfortunately, this is one of the campgrounds run by a concessionaire instead of the forest service. This means pricey. I can't believe anybody would pay $21 a night for just a place to park - no hookups - even if it is lovely. We certainly wouldn't so it's a good thing Ron has that magical Golden Age pass. 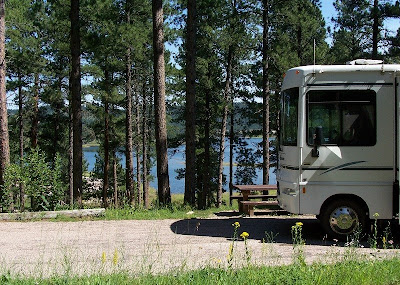 The first thing we did was run over to see Mt. Rushmore. I hadn't been there since I was young, but remember the awe I felt then. My feelings are still just as strong - what an amazing feat and slice of Americana. We took the trail to the very base of the rubble - it was just breath taking. 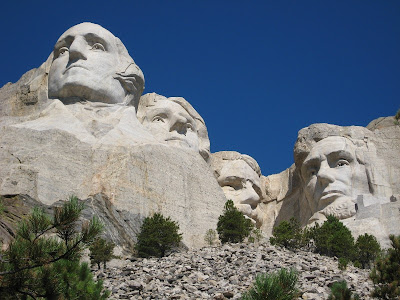 I had forgotten that the sculptor Gutson Borglum had planned to include the presidents' torsos as part of the monument, but work pretty much stopped when he died in 1941. It's hard to imagine it looking the way he had planned. 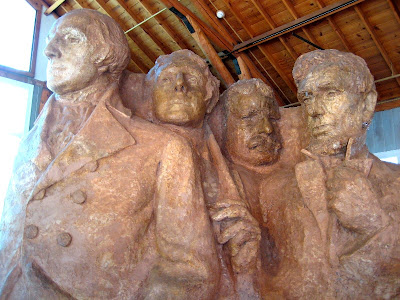 Mr. Borglum, aided by some 400 workers, devoted 14 years to creating the monument, from 1927 to 1941. It cost slightly under one million dollars. That seems like a bargain today.

This handsome fellow caused a stir among the tourists. 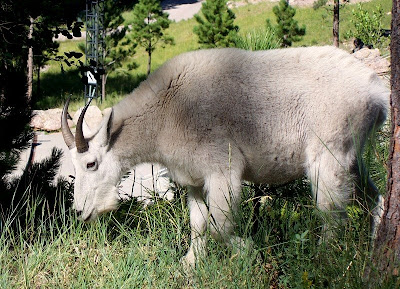 Later, we ran across the Mrs. and the kid. 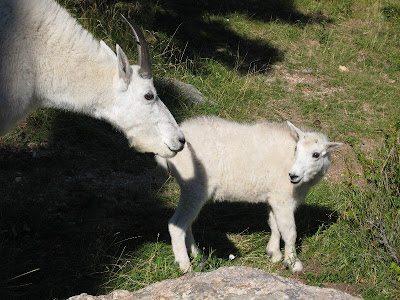 Ron and the presidents. 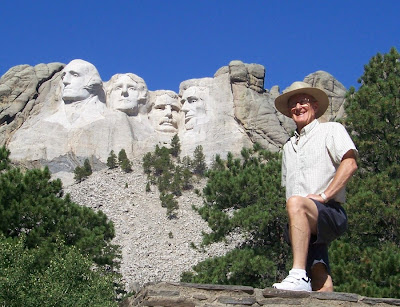 Then we went to the Crazy Horse monument to check on the progress there. I found the tripod holes (as Diana describes the spot where everybody takes a picture) and you can see the model in the foreground and the monument in progress in the back. 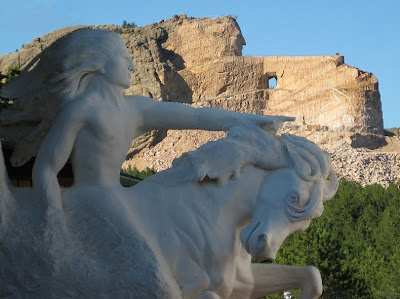 In 1947, sculptor Korczak Ziolkowski arrived in the Black Hills to accept Lakota Chief Henry Standing Bear's invitation to carve a monument to Chief Crazy Horse. The first blast was June of 1948 and for years Mr. Ziolkowski worked alone on the monument. He and his wife Ruth had ten children and in time seven of them also worked on the mountain. Today many of them are still involved in some aspect of the monument work. Mr. Ziolkowski knew that Crazy Horse was larger than any one lifetime, so he and Ruth prepared three books to be used with his scale models to continue the project. He died in 1982, but work continues, financed completely with admission fees and donations.

The 1880 train travels between Hill City and Keystone several times a day. I believe the 1880 name is used with artistic license since I doubt this engine is really that old. 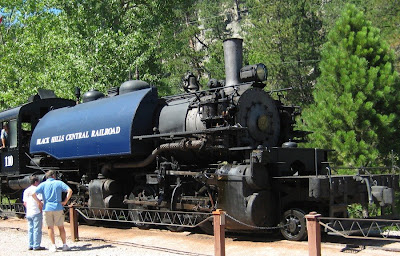 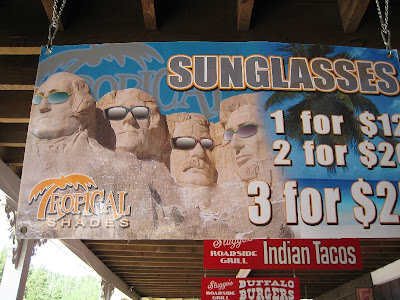