I know it's been awhile since I posted, but I haven't had much to say. Mostly we've been doing those never-ending household chores.

Like trimming the citrus trees. Tip - don't ever plant a lemon tree. 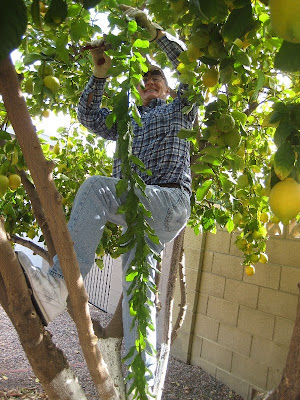 I'm holding a branch that sprouted less than a year ago. This one was unusual, but I topped the tree back to where it was last year and the trimmings averaged 5 feet! 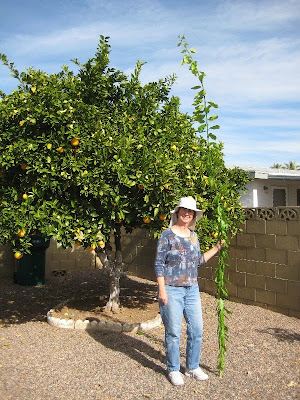 The orange and grapefruit trees are much better behaved.

And then I blow the leaves with my handy leaf blower/vacuum. I haven't mastered the vacuum part - I don't think it was designed for yards with stones instead of grass. 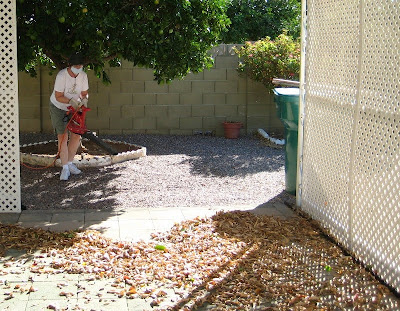 Here's what all the well-dressed yard workers are wearing. Can't forget the mask - I don't want to breathe all that dust. 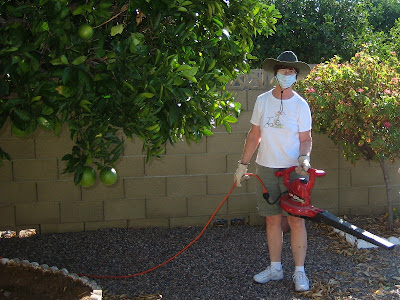 And while I visited my father, Ron painted the garage. I think he's now out of things to paint. (And that was my favorite shirt!) 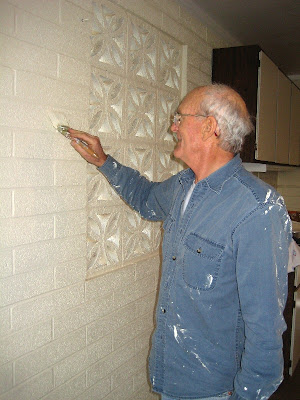 But the best thing that happened lately is that Ron's son Jim came and took Ron to the Cardinals/Broncos game. Surprisingly, the Broncos lost badly. I'll let you guess who they were routing for. Here's the 'before' picture. 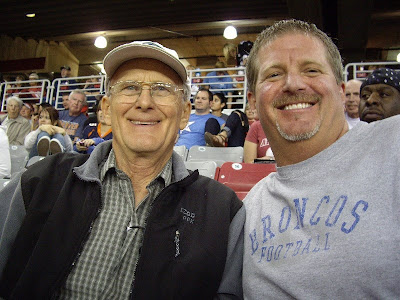 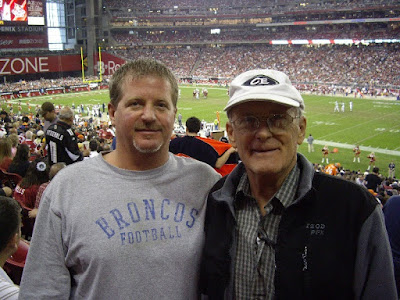