Because the bus rides were causing Ron some concern, he talked to our cruise directer Monique about his car sickness.  As was always the case, steps were taken to insure his comfort.  When we boarded the bus for Heidelberg, the front seat was reserved for us.  Once again this was a good/bad thing.  Ron felt better, but we couldn't ignore the treacherous moves our driver made on streets not built for a giant bus. 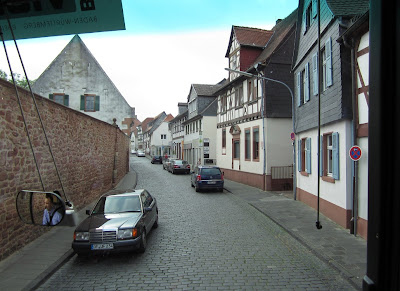 Heidelberg is home to Germany's oldest university, established in 1386, but we went to see the magnificent castle ruins.  It took 400 years to build and was severely damaged during the 30 Years' War and the War of Succession.  Heidelberg was largely spared during WWII, but it was already too late for the castle. 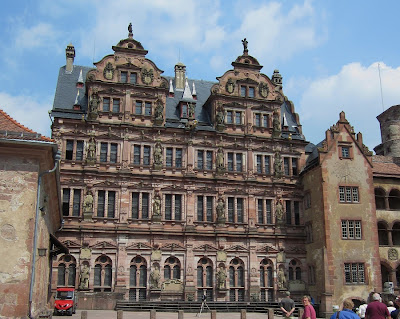 The only part that is safe enough for tours is the wine cellar where we viewed the world's biggest wine barrel. 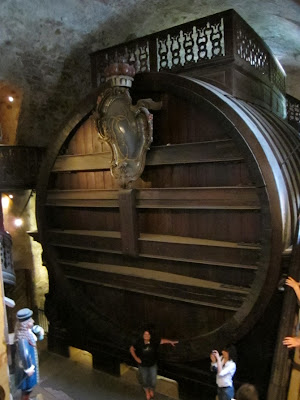 The story is that taxes were paid in wine which was all poured into this giant barrel.  Then the castle servants were paid with wine out of this mixture.  Yum.

Only the facade remains standing on this section.. 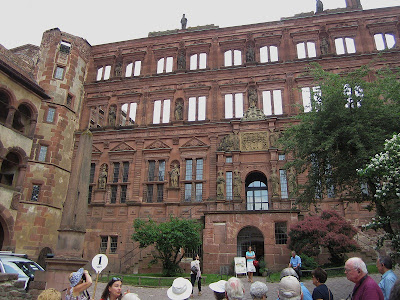 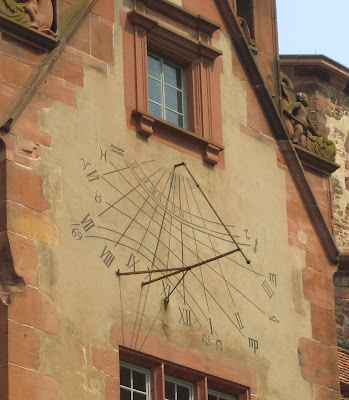 And the view from the castle. 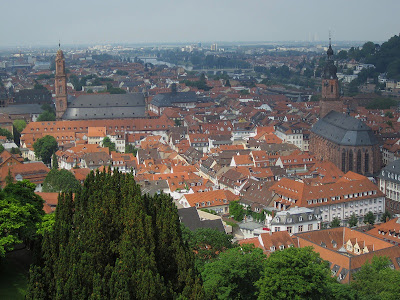 One more picture of the castle grounds. 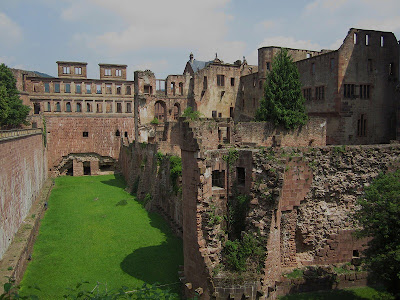 This was the only day when we had an included lunch off the ship. 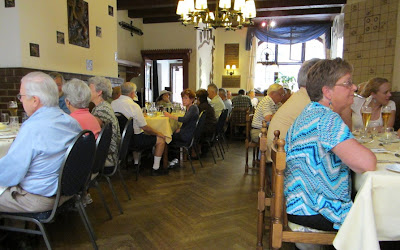 Monique had told us we were going to be served flank steak wrapped around a pickle.  Being the unadventurous eater that I am, I was hesitant.  But she had exaggerated the pickle angle.  There were only a few pieces of pickle in the mixture inside the flank steak.  It was good although none of us actually knew what that mixture was.  (Update - Our friend Richard has informed me that the dish is called Rouladen.  He says he makes it with chopped onions, bacon bits and mustard and without the pickle.  That sounds really good.)

It was in the Hotel Ritter, built in 1592.  Another gorgeous building. 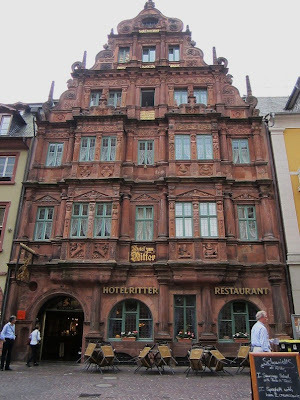 After lunch, we had free time to walk around town and encountered our only rain of the trip.  Luckily my umbrella stayed nice and dry since I had left it on the bus.

The rain soon stopped and we walked down to the Old Bridge which is guarded by a bronze monkey. 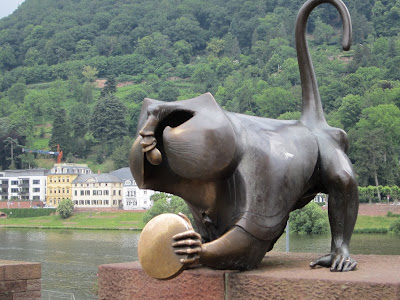 We enjoyed the statuary on this pedestrian bridge.  This is Minerva, goddess of war among other things. 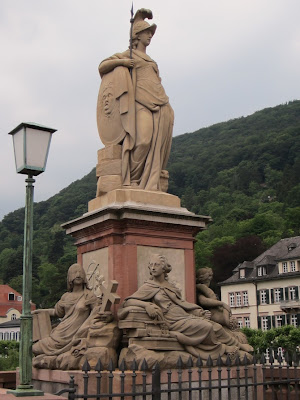 I'm not sure what this is on her shield. 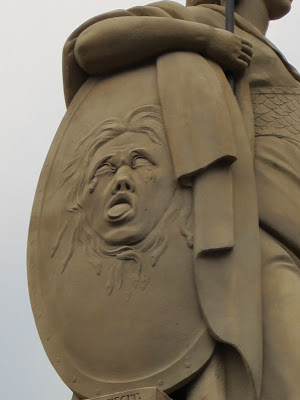 Once again the bus had to catch up with the boat, driving through some protected forest on the way. 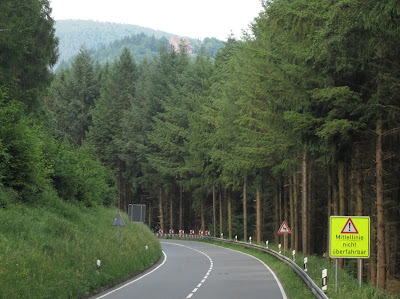 And we caught up in Miltenberg where the ship was now on the Main River (pronounced 'Mine'.)  (That's not our ship.) 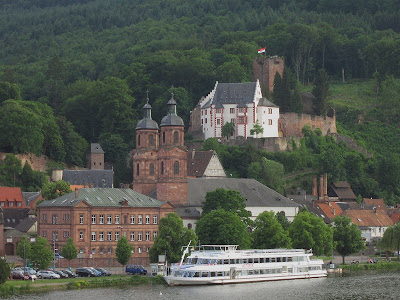 We saw countless RVs and tents all along the Moselle and there also seemed to be a bike path all along the river.   It's great to see people enjoying the outdoors.  Some of the RVs looked like they had claimed a spot for the whole summer. 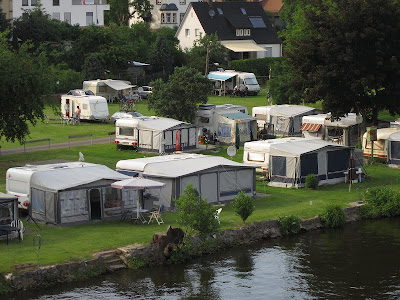