Once again, we packed up the RV and trekked to Quartzsite, Arizona, for the RV Show, Sell-a-Rama, and Rock and Gem annual events.  For such a tiny town, they certainly have a lot going on.

We parked closer to town this year in an area which the campground host called South Dome Rock.  Funny how they refer to the check-in personnel as campground hosts since there's no campground - just spots in the desert.  Here is our lovely home for two weeks.  Later on we had neighbors but they weren't too close. 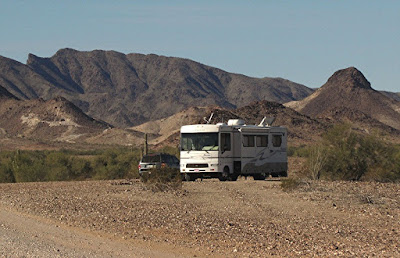 I'm glad we weren't near these people - just look at the trailer full of wood! 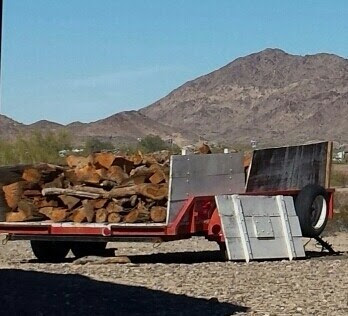 All of which they used building their massive fires.  Those are whole logs in there! We made many trips to town to check out the RV show, 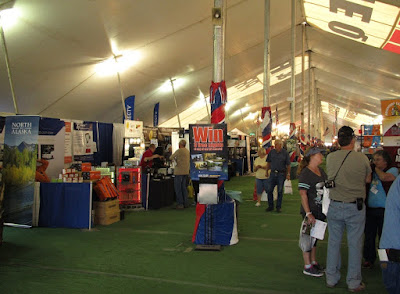 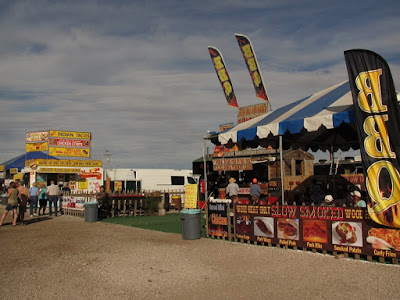 And, my favorite, the grocery tent filled with barely expired food. 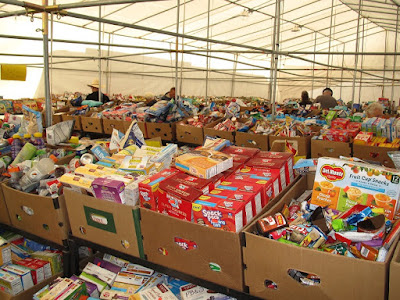 But Ron has a new interest this year.  Quartzsite is the site of lots and lots of quartz, hence the clever name. 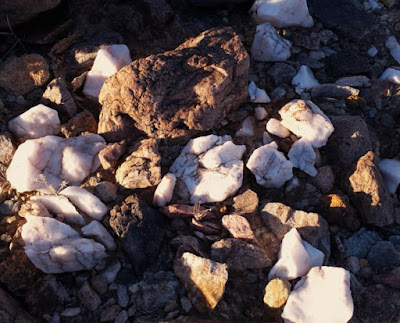 And where there's quartz, there could be gold!  Ron had recently joined a prospecting club near our home in Mesa which has some claims around Quartzsite.

First he broke out the metal detector, 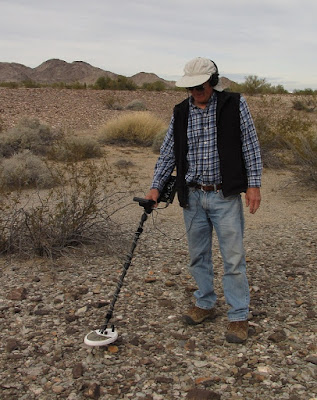 Then the gold pans, 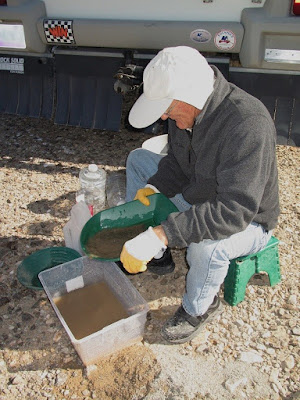 Then he bought a sluice and, with the addition of a small pump and some parts, created a system that recirculates the water for desert usage. 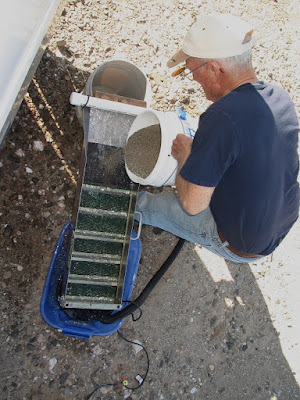 Pretty ingenious, huh?  So far he hasn't found any gold, but it does keep him off the streets.  ;-D

And what's a post about Quartzsite without a sunset picture?  They sure have some amazing ones. 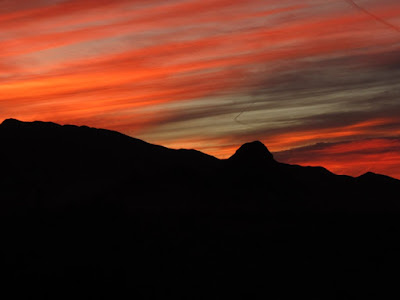