I believe I promised some cute pictures and none are better than ones of little kids.  We were in the Denver area for Ron's birthday and his granddaughter Elsie's second birthday.  Elsie's birthday started at Miss Rita's, who runs a small pre-school out of her house.  Elsie has a very expressive face.  I will interpret her thoughts. 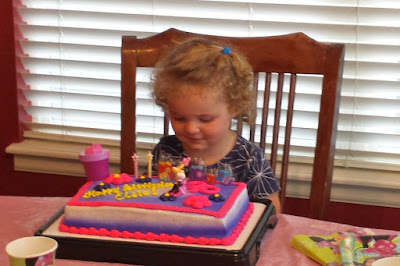 "Oh no, why is Miss Rita setting my cake on fire?" 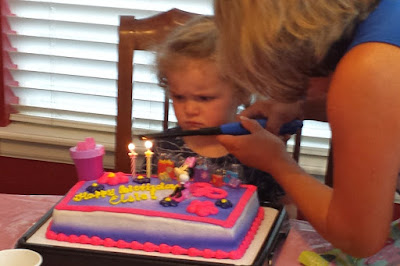 "Miss Rita told me not to touch it, but can we just get the singing over with so we can eat?" 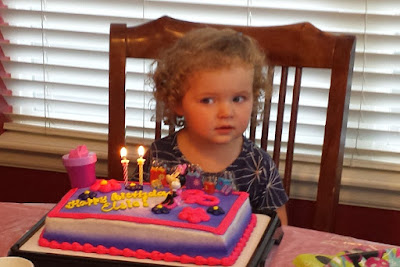 "I do love my brother Harper, but is he just trying to get my cake?" 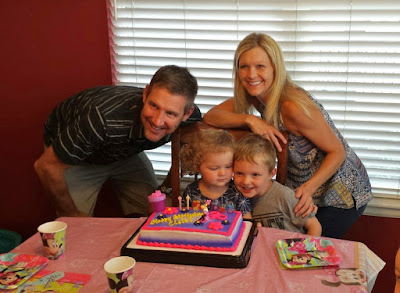 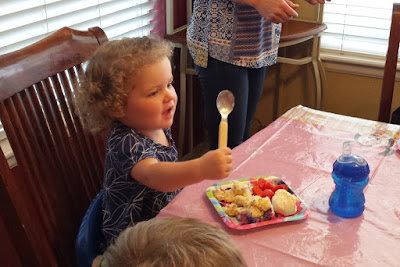 "I love balloons!"  (Although some of this might be the sugar high.) 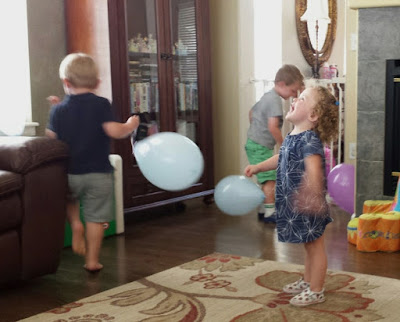 The festivities continued another day with a big party.  I was excited to get a picture of Ron with all of his grandchildren.  It's funny to think they range in age from 2 to 17.  Elsie, Adam, Harper, and Shannon were all very cooperative. 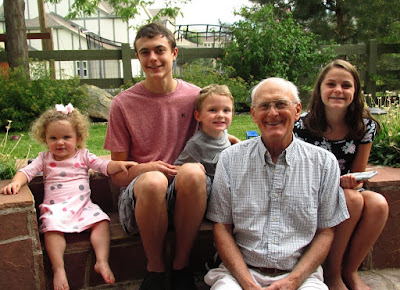 And a shot of him with each of his children.  Here's Jim. 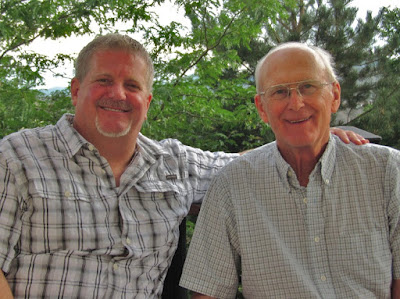 And Kim who planned and held the spectacular birthday bash. 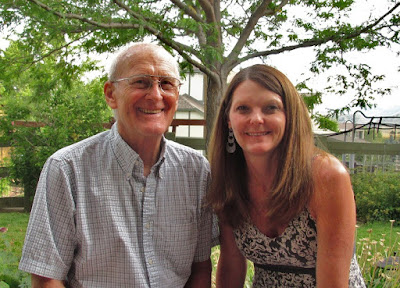 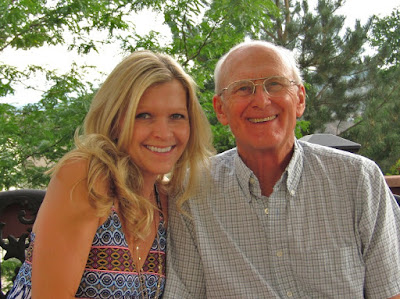 There was a red velvet cake for Ron and his sister-in-law Peg in addition to another cake for Elsie.  By this time she's probably thinking this is going to be a daily occurrence. 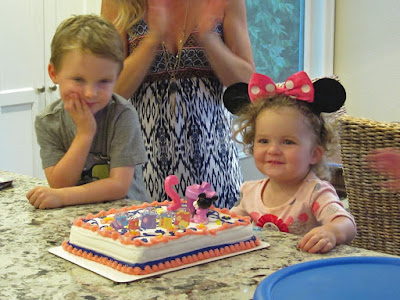 She picked the biggest present to open first and dove right in.  Big brother Harper helped out with the later ones. 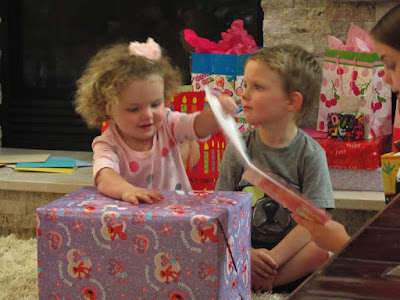 We were entertained and fed wonderful meals by both Kim and Kelli for 11 days.  I think I gained about 5 pounds.  We've moved farther south now, but I still have more to post from our stay.

On a happy note - I found that I have a natural ability for backyard bocce.  Who knew since I had never played before.  Of course it didn't hurt that my partner was Ron's son Jim.  This was our game winning round.  Notice that all our red balls are closer to the tiny yellow ball than all our opponents' green balls.  I'm sure there are official terms for all this, but I didn't get that lesson.  Now I'm ready to go to the park and challenge some old Italian men. 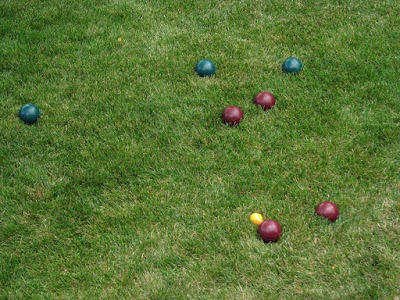