Alright, I know it is way past Thanksgiving, but it’s never too late to showcase family.  This year we were thrilled to have all of Ron’s descendants (and spouses) come to Mesa.  You’re probably picturing people sacked out all over our little 2-bedroom house, but the reality is that only Ron’s son stayed with us.  The others rented a large house only about 5 miles from our house.  It worked out beautifully.

Their house had a pool and hot tub which were a big hit for all the Denverites.  However we did drag them out for a couple of hikes.  After all, we had to counteract all the good meals we ate.

The first was an out and back along Saguaro Lake and everybody participated.  Here are the two youngest with Grandpa.  All three are wearing Ron’s hats. 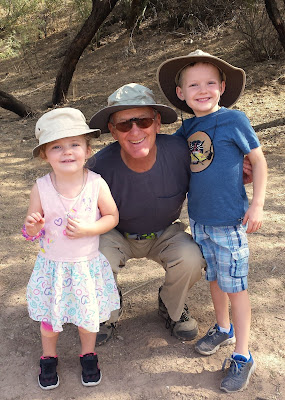 Here’s Ron with all four of his grandchildren – Adam, Shannon, Harper, and Elsie. 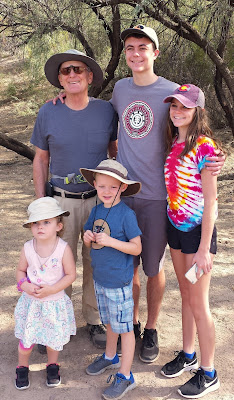 Elsie got tired (translation – bored) after going just a short distance, but Harper led us the whole way.  He even came upon a snake which made his day. 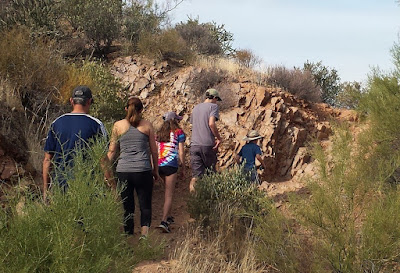 It really is a pretty hike along the lake. 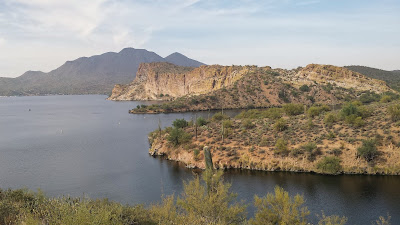 Harper enjoyed looking through the monocular that I brought along.  After about ¾ mile, he turned around and led us back. 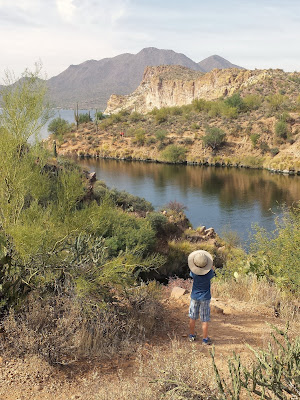 We went to Organ Stop Pizza one evening for dinner.  Both Harper 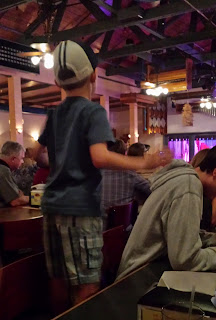 And Elsie really got into the organ music. 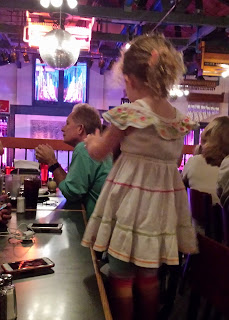 We did one more hike with just four of us.  It made me happy to see three generations enjoying the same thing. 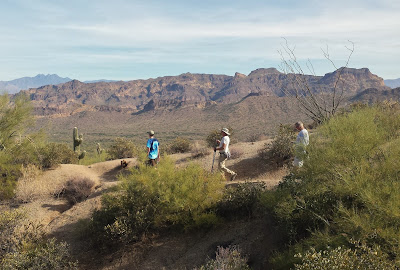 As for the big day, we ordered a turkey from Safeway and had dinner at the rental house.  So other than a couple of sides, I didn’t do anything!  My sister Diana joined us and took the group picture, leaving me with no excuse for not being in it. 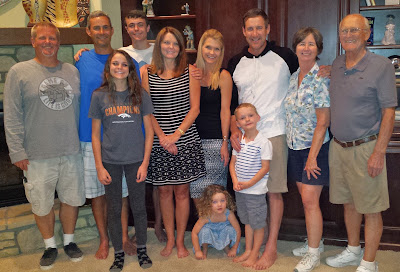 I was impressed when sons-in-law Tom and Sean (with some supervision from Kim) did all the cleanup. 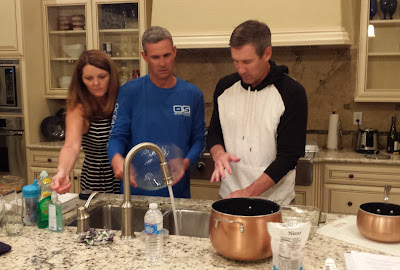 But I had to laugh a little later when I snapped this ‘after’ picture. 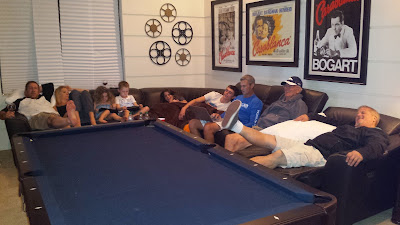