Beginning in our own front yard.

Last Sunday we trimmed the palm tree (well Ron trimmed and I picked up,) and we discovered that a dove had nested on one of the fronds. Ron snapped a good picture of the babies while he was up on the ladder. The one on the left is facing away and the right one has his head toward the camera. 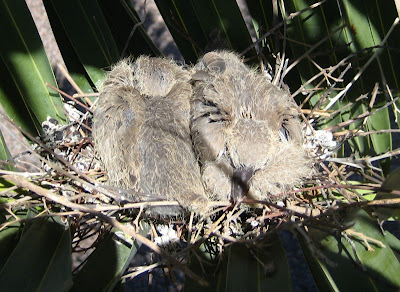 Today, just four days later, they're alert and watching us as we move around on the ground. Although it's really windy today and maybe they're just holding on for dear life. 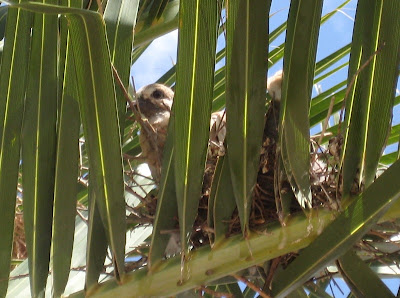 There's a very creative artist around the corner who painted his fence to match his landscaping. Although the oranges are off the tree, they're still depicted on the fence. In the lower left he also added some quail to his barrel cactus. 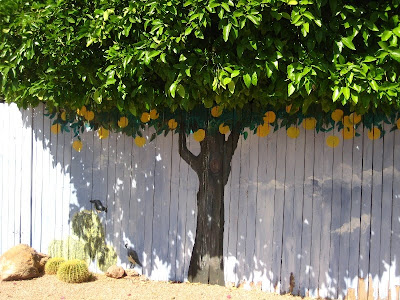 In another area, he continued the theme and even ran over onto the neighbor's fence with a roadrunner. (Well, you know you can't control those roadrunners.)

This barrel cactus has flowers that are more green than yellow. Interesting. 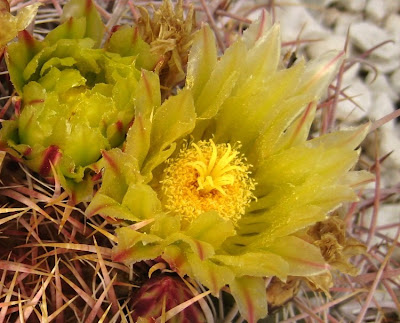 But my favorite cactus flower in the neighborhood was this one. 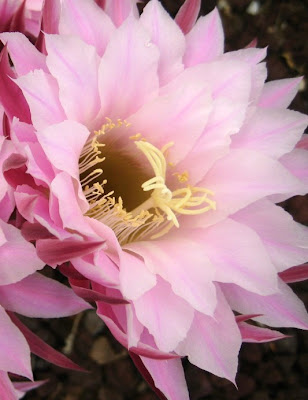 These magnificent blooms were on a tiny cactus. I don't know what kind it is, but I plan to ask the owners. 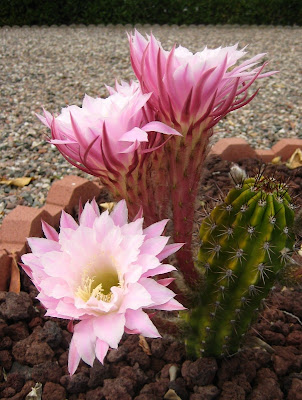 I wonder if this guy is an escaped pet. 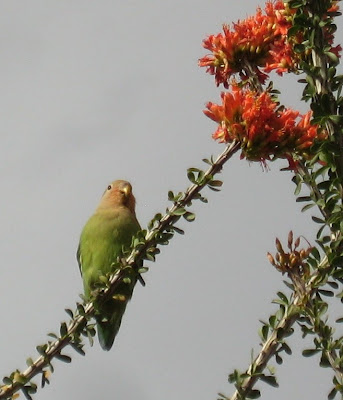 I took the next two pictures in early April. This is the beginning of the new crop of lemons. (Since we acquired the trees, we found that the peak month for citrus is February and you better pick it all by the end of March when the new ones start.) All our citrus trees have a lot (LOT!!!) of new fruit and all are about 1/2 inch. 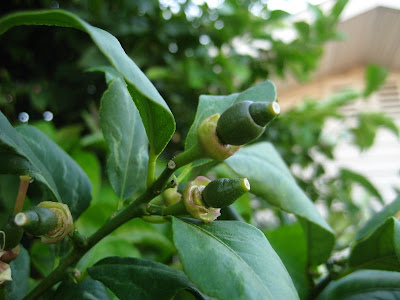 Except these three lemons which are about 2 inches. What's up with that? 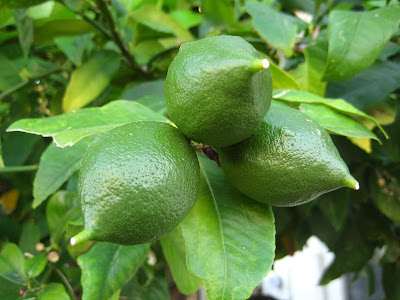 For those of you who inquired about the saguaros (alright, just Diana,) they are now coming into bloom. I guess they really appreciated all the rain we had in January, because they are unusually prolific this year. 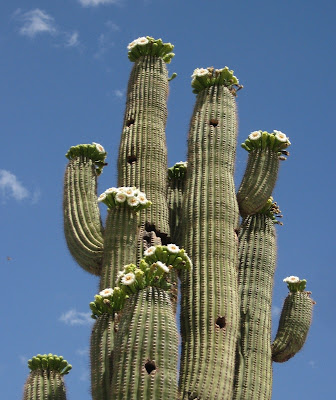 As you can see they are just packed with flower buds. 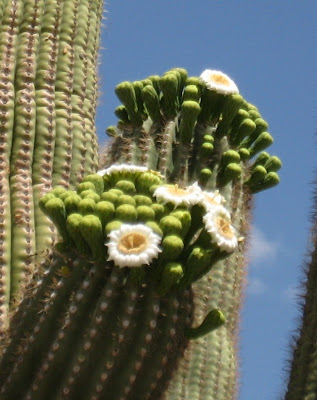 But the blooms are still out of reach so I'm re-posting my pictures from last year when I dragged the 7-foot ladder down the street . . . 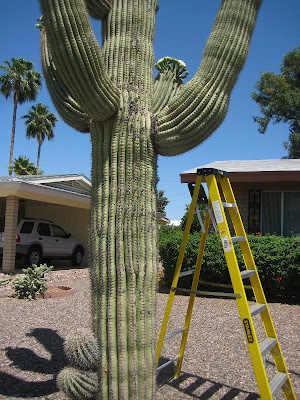 And took this close-up of one of the blossoms. 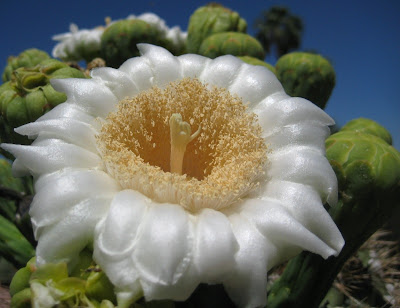