Last week we hiked what is probably the most famous of the many trails in the Phoenix area - the Peralta Trail to Fremont Saddle. First of all, I have to say that whoever claimed this hike was only 2 miles each way must have been smoking something funny. But since that seems to be everybody, maybe it's the 1380 foot elevation change that did me in. Or it could even be the fact that I've gained weight which I discovered when I donned my hiking pants and they were a bit snug. Whatever the reason, I was exhausted at the end of the supposed 4 miles.

To reach the trailhead, take US 60 about 8 miles east of Apache Junction to Peralta Road. Turn north and, after a very dusty 7 miles, the road dead ends at the trailhead parking lot. (Ron refused to tailgate the car in front of us, so I can't show you the dust.) 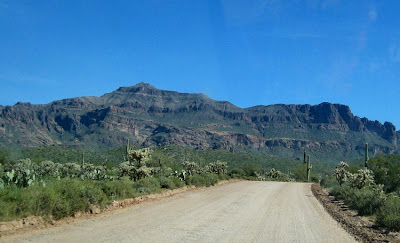 Views of the cool rock formations begin right in the parking lot. 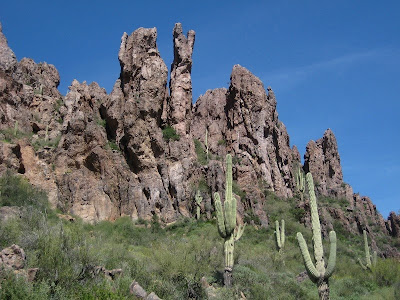 We picked a day that wasn't too hot, but this pool still looked refreshing. I like the saguaro pointing the way in the upper right of the picture. 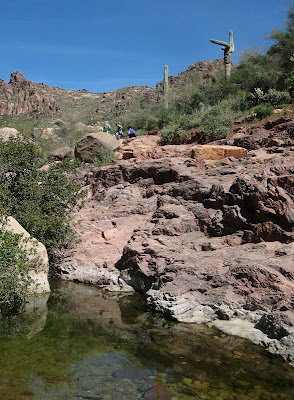 Although the only masses of flowers were the poppies and lupine near the parking lot, there were a lot of different wildflowers along the trail. This one has tiny pale lavender flowers. 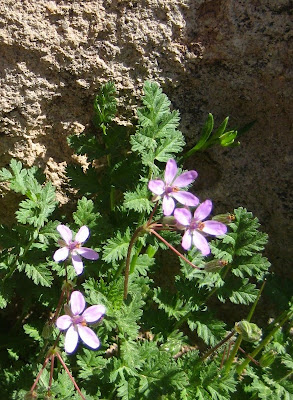 There were some nice patches of shade - this one even came with a seat. 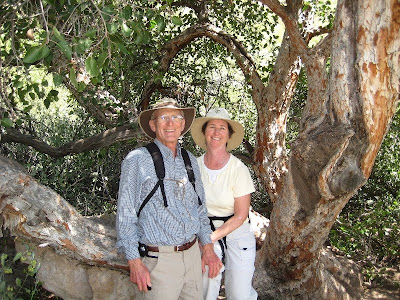 I don't remember seeing a maroon cactus flower before. I think it's a hedge hog cactus. 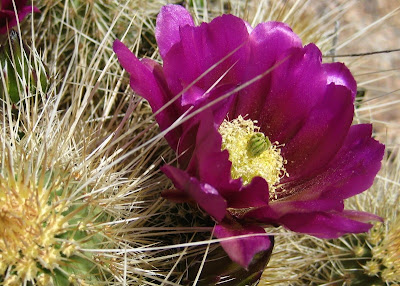 Hey! Here's one I know - it's desert mallow. 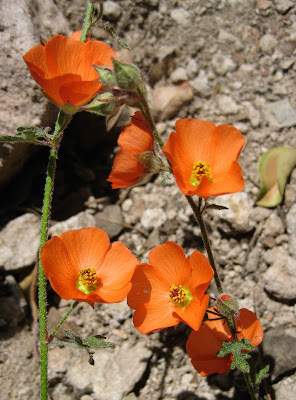 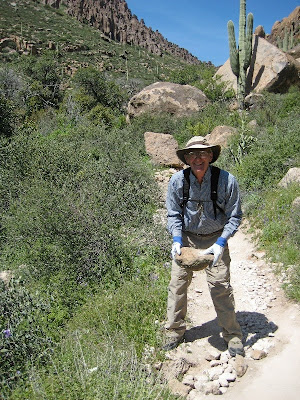 We finally made it to the saddle where there's a nice view of Weaver's Needle. It doesn't really look like a needle to me, but what do I know? 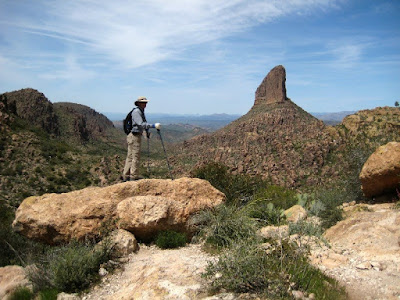 I think this is some kind of penstemon. There were just a few of these near the top. 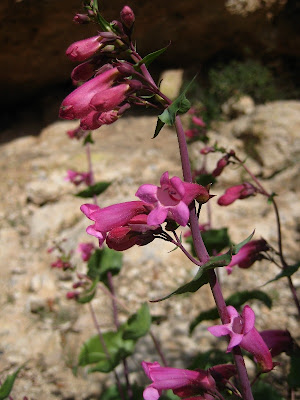 As we passed this rock, Ron noticed it looked like a dog. He's so imaginative. 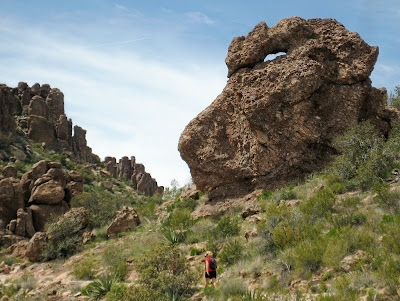 I only saw one of this pretty daisy-type plant. 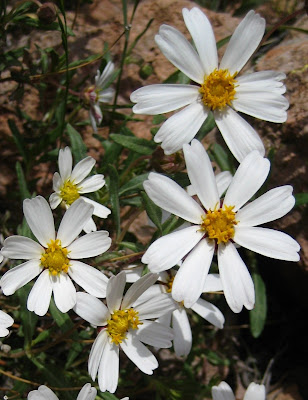 We saw a few of these guys, but only one who would pose for a picture. 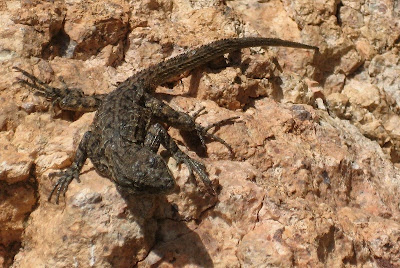 Nearing the bottom, Ron still had the energy to climb up the back of this rock to peak through the arch. 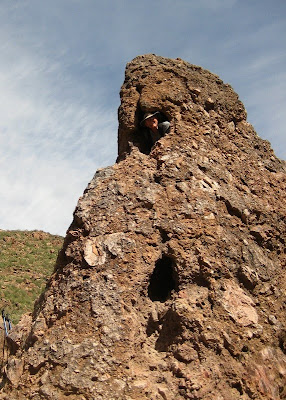 I just had the energy for one last flower picture. These were only about pinhead size. 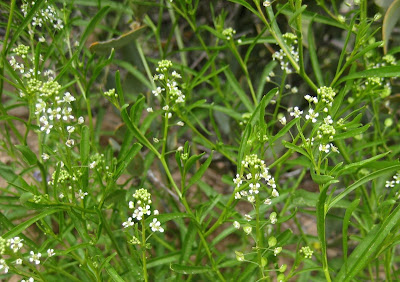