After attempting to visit Cedar Breaks National Monument on two previous trips, we finally are in the area when the monument isn't closed by snow.  At over 10,000 feet, I guess it has a short season.  And we were especially lucky since the road between Cedar City and the monument had been closed earlier in the year because of a landslide.

We checked weather.com for days and decided today was the day.  Even though it was predicted to be partly cloudy, that was better than the previous days.  Our first stop was the southernmost overlook, called Point Supreme.  And supreme it is. 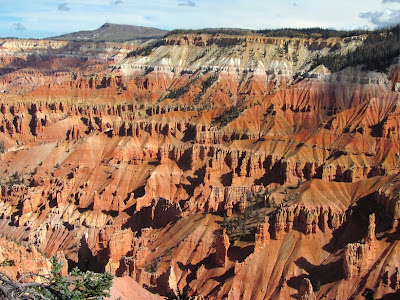 And here's the view looking the other way.. 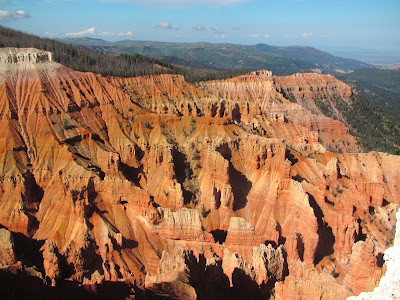 As you can see, so far the clouds were small, but we could see they were building rather quickly.  We hurried to another overlook, where Ron snapped this picture of me.  It was only about 45 degrees.  After this stop, we even put on gloves. 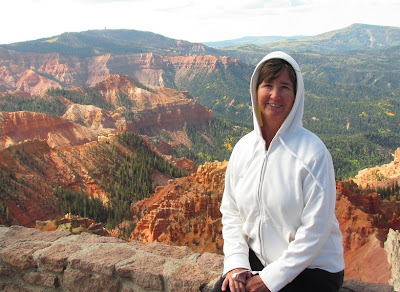 All the colors are amazing. 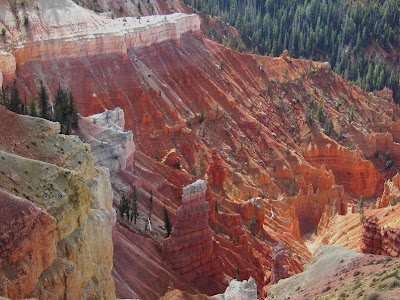 The aspen trees were pretty much past their prime foliage, but we did see a few nice stands. 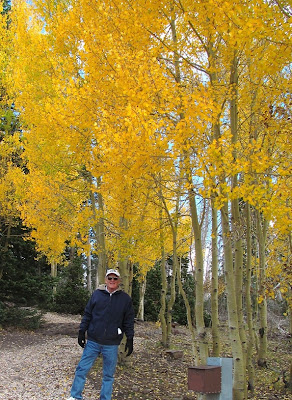 By the time we hit our final overlook, the clouds had taken over.  Partly cloudy, my foot!  It was still pretty, but my camera just doesn't like shade. 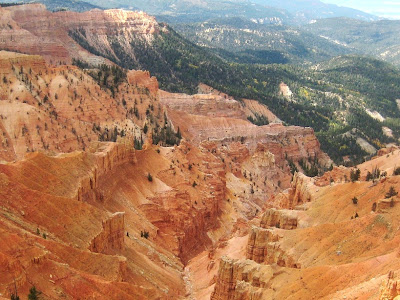 We both agreed that the very similar Bryce Canyon NP is better because you can climb down and walk in among the colorful formations.  Cedar Breaks only has trails along the rim, but it's a beautiful and amazing place and well worth a visit if you're in the area.


On a side note, we were amazed by the hundreds of sheep we passed on the road up.  I have never seen so many sheep in one place.  This is just a small part of the flock. 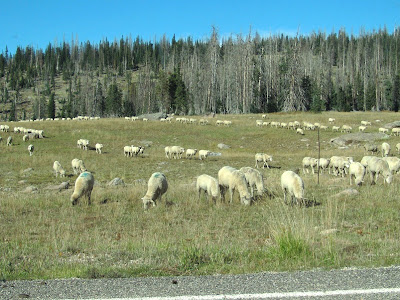 The crossing guard was on duty. 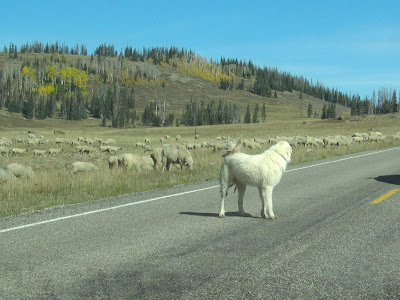