For the past week I've been visiting my father in Pennsylvania while Ron waits (and gets a lot done) in Phoenix. Not that he's ever a slacker, but this week he scrubbed the roof and even waxed it. Not an easy job. But right now I'm sitting in the Harrisburg airport waiting for the plane that will take me to Philadelphia where I change to a direct flight to Phoenix. After it took me 14 hours to get here a week ago, I'm a little paranoid. The gate clerk is sympathetic and has actually been giving me updates. My plane is on time and will be here any minute now. Where else can you get that kind of personal service?

Last Saturday, I happened to catch this shot with the sun setting behind us. 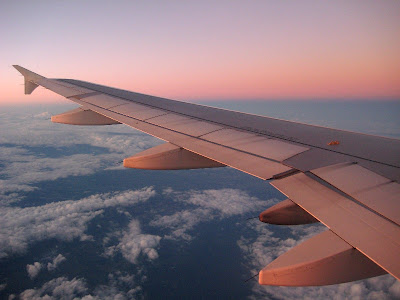 Then we circled Philly so long that we finally had to land in Baltimore before we ran out of fuel. By the time we fueled up and went back to Philly I had missed my connection by hours. I had plenty of time to wander around the airport. I thought this lit sign with the scullers on the Schuylkill River by Boathouse Row was pretty cool. But the gate clerk was not happy with me for whipping out a camera. I promised not to take anything else and he was mollified. 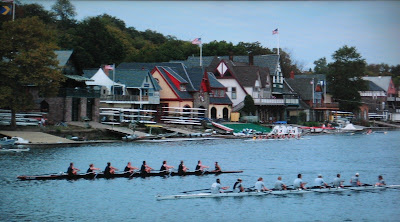 This was another case of extreme security. My father and I were out in the car one day and happened to see this train coming. Of course we had to get a picture and the railroad police chased us off the railroad right of way. But I realize we do look pretty suspicious. 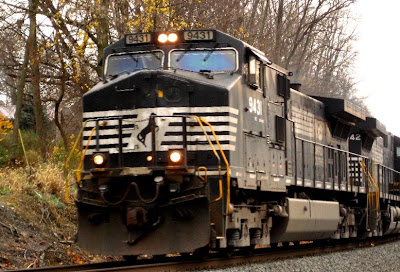 One morning I awoke to a winter wonderland. Since snow is something I haven't seen for awhile, I was excited. It was still flurrying when I captured the front yard. . . 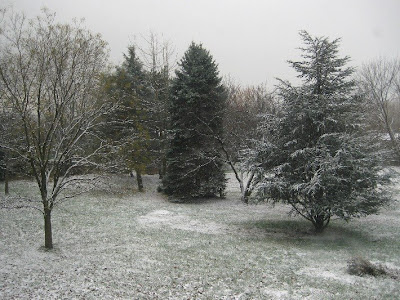 And the back yard. This picture is not crooked - my father lives in the woods on the side of a mountain. Although since these are not the Rockies, Ron asked, "What mountain?" 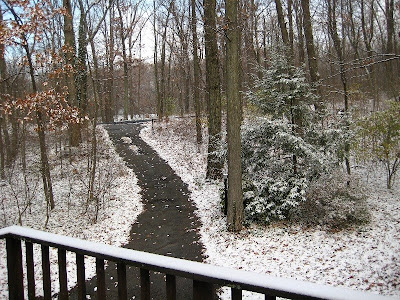 I thought the snow was particularly lovely on this Aucuba plant. 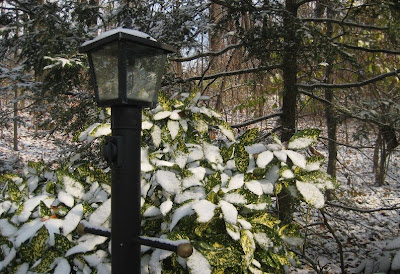 All day I had the song Winter Wonderland stuck in my head. But even I thought it was too much of a good thing when we were hit with a blizzard on our way home from my cousin's house. (Alright it was a small blizzard.) But I shivered when we passed this campground with RVs in the snow. 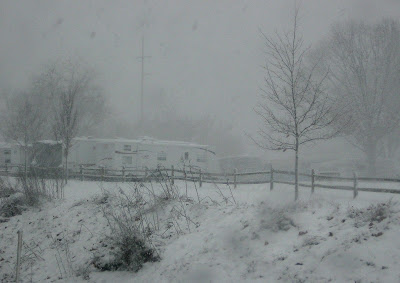 I had a terrific time with my father and the friends we visited. Once again I have no pictures of all these people. As a blogger, I need some improvement. Oh, well.

P.S. I'm happy to report that my flight from Harrisburg to Philly took off and landed right on time. I'm now at the gate in Philly, looking at my plane. It's always a good sign when the plane is at the gate. Barring any mechanical difficulties, I think there's a good chance I'll arrive in Phoenix at midnight as scheduled. Wish me luck!

P.P.S. BTW, although you can't take a bottle of water through security, you can take an empty bottle and fill it at the water fountain. :-)
Posted by Barbara and Ron at 3:29 PM