North Ranch, the Escapee park where we're staying, is 12 miles north of historic Wickenburg. One day we checked out the local sights.

This is for my father - the train enthusiast. During the height of the gold rush, old 761 Santa Fe steam locomotive traveled daily from Chicago to the West Coast. 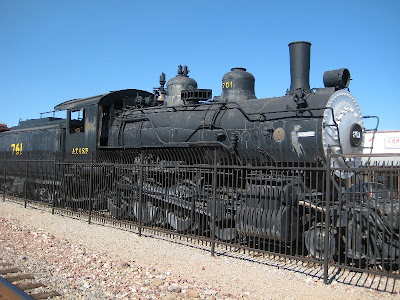 This 200 year old mesquite tree actually served as the town jail in the late 1800s. 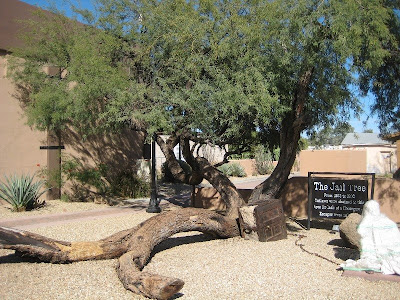 Notice the covered statue chained to the tree (presumably a prisoner.) As we walked around town, we saw many of these wrapped artworks. We were told a local philanthropist paid for these bronze pieces which, unfortunately for us, would not be unveiled for a few weeks. It looked like they would be really interesting so we'll look forward to seeing them another time. (Always leave something for the next trip.)

Am I the only one who never heard of the term 'hoosegow'? 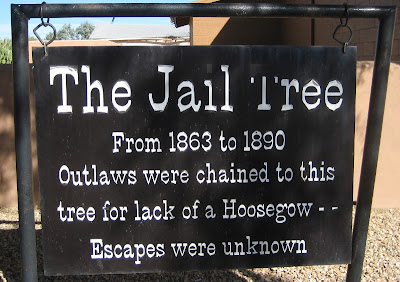 Here are Ron and I in our new outfits. Just look at the arms on Ron! 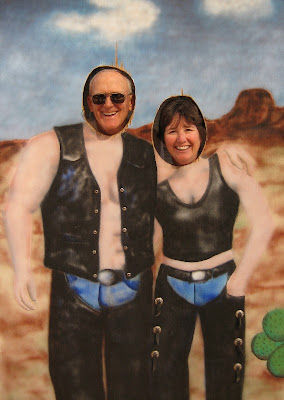 There were also some realistic-looking animal statues around town. The roadrunners were pretty cute, but the tarantula and snake looked a little too real. 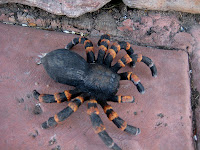 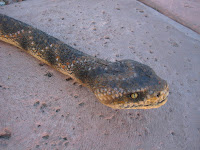 But never fear, Ron the snake hunter has things under control. 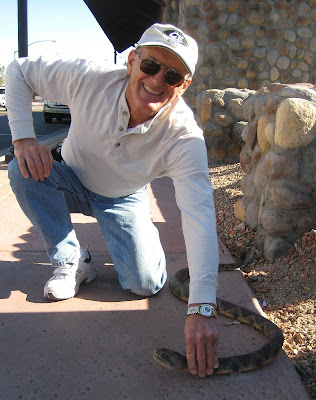 Another day we drove north into the mountains to Yarnell. As far as I can see, the town is known for two things - a really great bakery which Ron enjoyed and the Shrine of Saint Joseph. 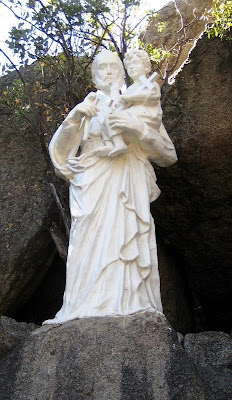 The shrine consists of several life-size statures sculptured from reinforced concrete by Felix Lucero and the 14 Stations of the Cross set into the granite hillside.
Posted by Barbara and Ron at 6:16 PM