Bullfrog Marina is near the upper end of Lake Powell, forty miles down a dead end road, but with the beautiful Glen Canyon Scenery. 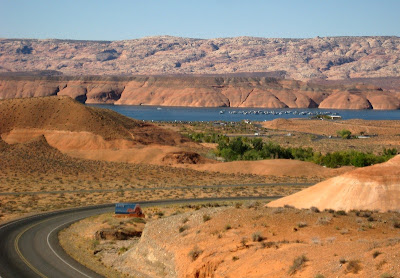 Thirty-six of our WIN friends, including my sister Diana, went off on a grand houseboating adventure leaving Sally to take care of the eight dogs and three cats left behind (as well as her own two dogs.) By the time we arrived to keep her company, she was ready for some human conversation. At least the houseboaters were able to cluster their rigs near the campground for her convenience. 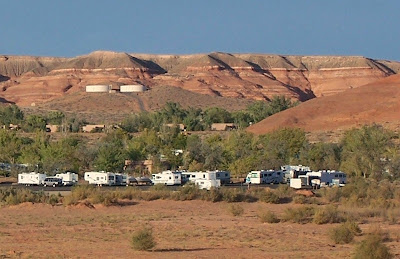 We parked in the campground with a nice view of the lake and could watch the houseboats come and go. 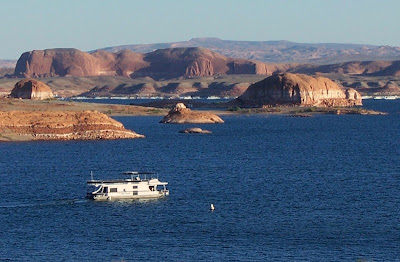 Although Sally couldn't join us because of her 4-times-a-day dog walking schedule, Ron and I took the Pedestal Trail hike that was recommended by the visitor center. It was only three miles round trip but either a) I'm even more out of shape than I thought or b) the sandy trail just bogged me down. Either way, (and I'm voting for 'b',) the distance seemed much longer.

The trail terminated in a valley of pedestal rocks, but after seeing Goblin Valley, we weren't too impressed. However I did find my own personal Rainbow Bridge - a much smaller version of the famous landmark that our friends saw on Lake Powell. If you haven't already done so, check out Diana's gorgeous pictures of the real thing here. 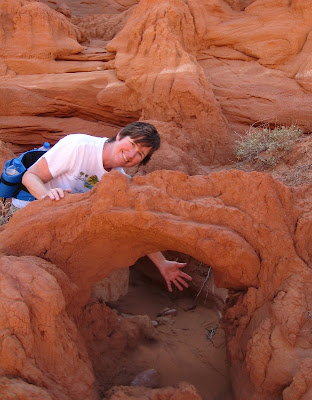 On the day the boats were due back, we went down to the Marina to greet them. The first two boats arrived safely, but Diana's was still out there somewhere. Sally kept an eagle eye out for it. 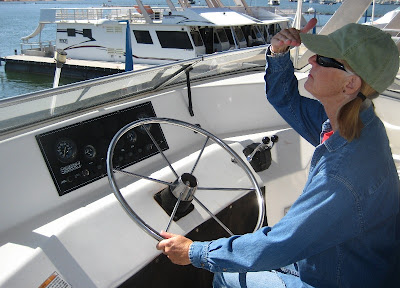 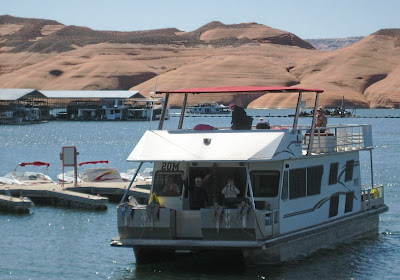 And here she is! I'm happy to report that she had a great time. (Once again see her blog for details.) 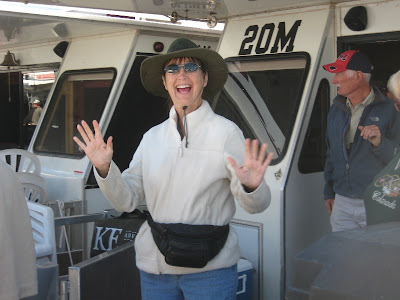 Appearing like they hadn't eaten all week, the first thing they did when docked was have lunch. They claimed it was to use up some of the extra food. 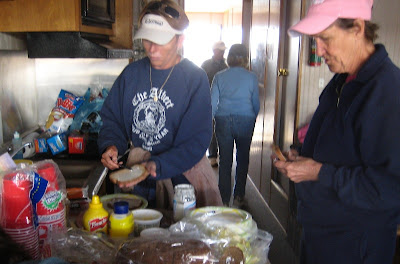 This one is for our father - the two sisters together again. Oh, and Bertie and Chuck. 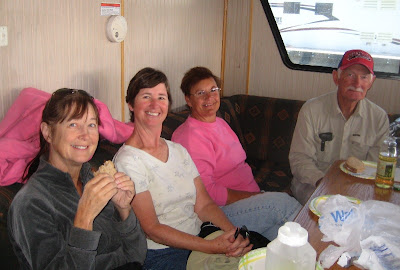 I didn't get pictures of everybody, but here are Phil, Karen, and Sally . . . 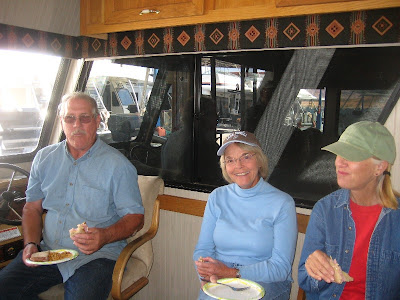 And Captain Tom with Navigator Donna. I understand they both did a fine job. 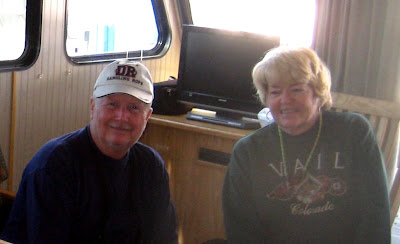 I got a kick out of the clever way they unloaded the kayaks. 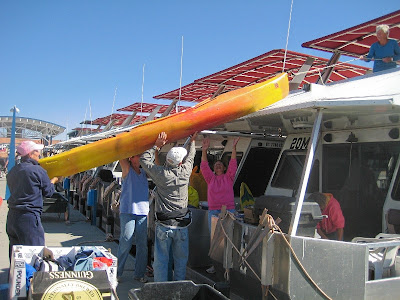 I was going to begin this post with "36 WINs, three houseboats - what could go wrong?", but Diana's boat had a terrific time and all 12 of them are still talking to each other. For any other stories, you'll have to ask the people involved. Actually, I don't think I would handle those close quarters too well. After all, we're not called 'Wandering Individuals Network' for nothing.
Posted by Barbara and Ron at 10:46 PM