On our way south from Bremerton, WA, we crossed the Tacoma Narrows Bridge. 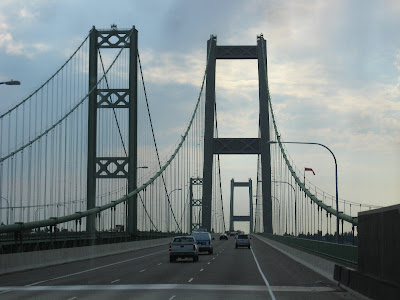 Although I'm sure it's very safe and stable, I couldn't help thinking of the previous version of this bridge. Affectionately nicknamed Galloping Gertie because of its tendency to sway in the wind, it was only used for four months before it collapsed in spectacular failure.

Here's a link to amazing film of the collapse of Galloping Gertie. Happily, we made it across safely.

Like many snowbirds, we're now on our way south for the winter. We plan to hug the coast for awhile, mostly on US101. As we travel, I like to read the AAA TourBook to see if we're passing anything interesting. South Bend, WA, caught my interest because of their courthouse. Although not the largest town in Pacific County, they engaged in a bit of chicanery to become the county seat. After an election was held to determine which city would have the honor, the rival town of Oysterville disputed the results. Some of the citizens of South Bend took the matter into their own hands, rowed across the bay, and stole records from the previous courthouse in Oysterville. And, yes, there was some drinking involved.

To further cement their position, they built a magnificent courthouse, once described as a 'gilded palace of extravagance.' You have to admire such determination. 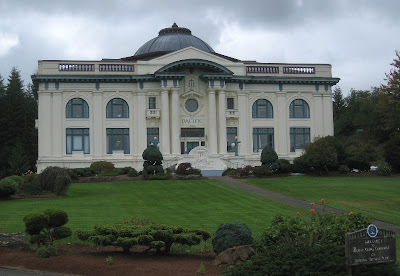 The crowning point of the building is this stained glass dome, 35 feet in diameter. 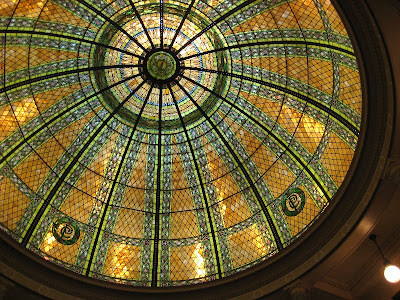