Today I received my computer back from HP after its hard drive crash. But what's really amazing is they saved my files, which in my world means my pictures! Wow! I'm doing a happy dance!

Although I'm again behind in the blog, I'm going to backtrack for just one posting to share the pictures I thought I had lost. We had such a wonderful time on Whidbey Island that I just have to do it. Whidbey Island is located in the San Juan Islands in the northwest corner of Washington.

To access Whidbey Island from the north, you drive a narrow double bridge over Deception Pass. Named by George Vancouver in 1792, the 'deception' was that at first he thought the island was a peninsula. 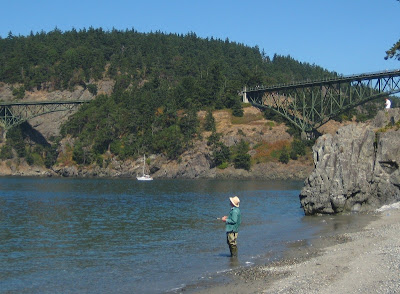 As I mentioned in a previous post (here), we stayed at Rocky Point Recreation Area. You can see how roomy the spaces are. 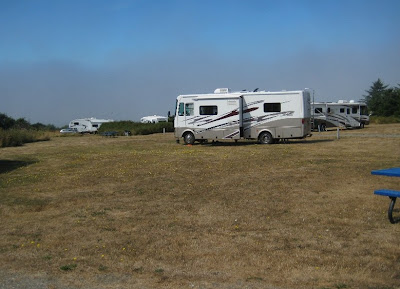 Here's Ron standing on the Deception Pass bridge. The tidal flow creates whirlpools and swift currents under the bridge, as well as exciting boating opportunities. 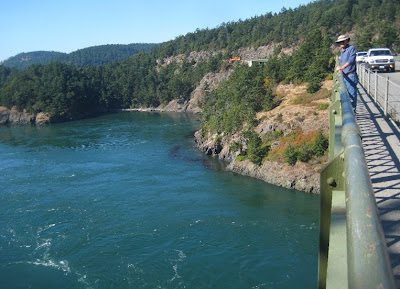 We took a day trip to Fort Casey State Park and the Admiralty Lighthouse. 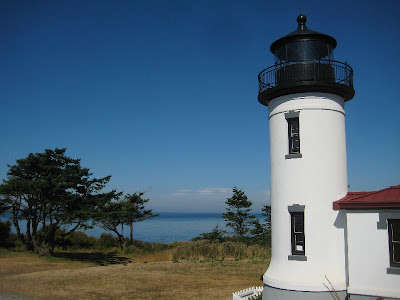 Fort Casey was one of three forts built to defend the Puget Sound in the 1890s. Here's Ron manning one of the big guns. 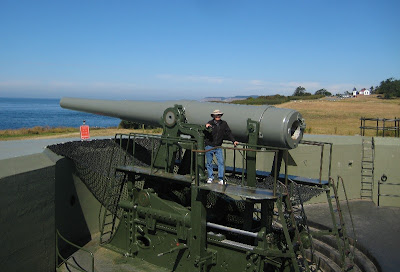 One day 19 of us took a jet boat tour through Deception Pass. 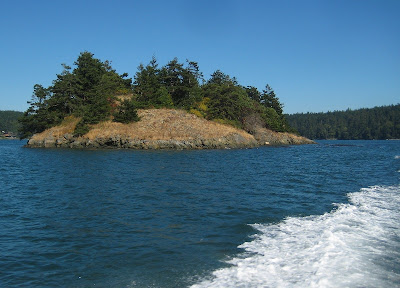 We had such a good time. True to their promise, they didn't get us all wet. (The jet boats were just to navigate the tricky currents.) The guide was very knowledgeable, although his jokes were a bit too corny. Hey, I like a silly joke just fine, but there's a limit to how silly it should be. 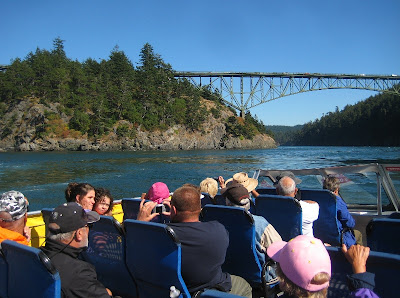 Just look at all these happy faces! 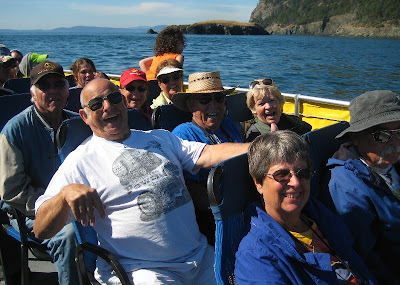 Even the few people on the boat who weren't WINs posed for my picture. 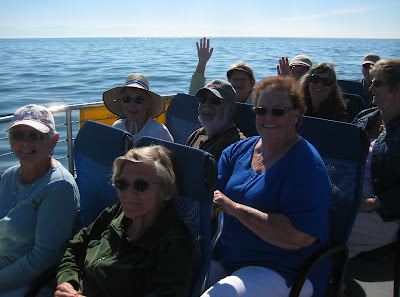 At the end of the day, we walked down to watch the fishermen. It was a fitting farewell to a great place. 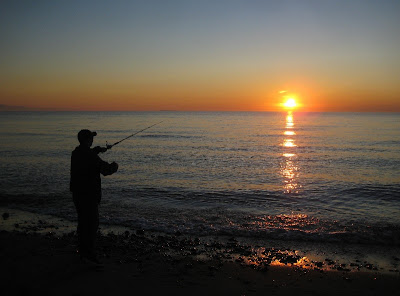