After leaving Reno, we headed across Nevada - the state of the sprightly cow. 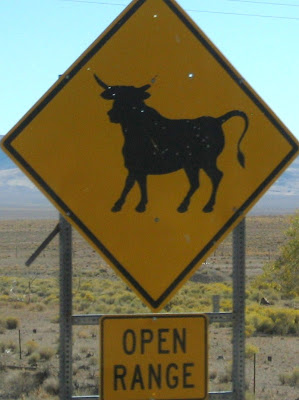 And onto the Extraterrestrial Highway. Lest you think I'm making this up, even the GPS knows it's true. 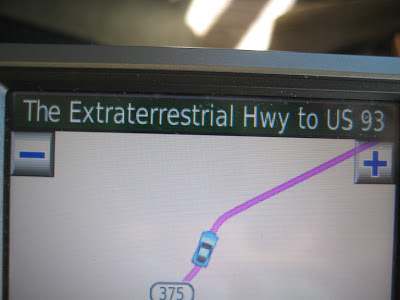 The ET highway runs across the north side of Nellis Air Force Base including the Nevada Test Site, which was the primary testing location of American nuclear devices. Area 51 is a top secret military installation bordering the Nevada Test Site. Although there are many rumors, myths, and legends surrounding Area 51, the most popular theory is that it is used to test and reverse engineer recovered alien space craft.

The restaurant in Rachel has managed to take advantage of their location along the ET highway. 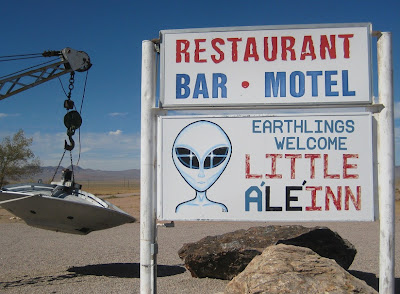 Selling everything with an alien theme. 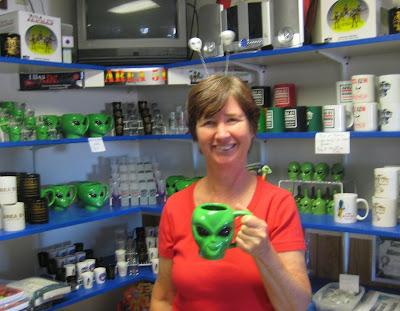 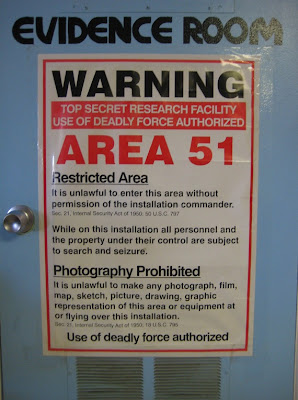 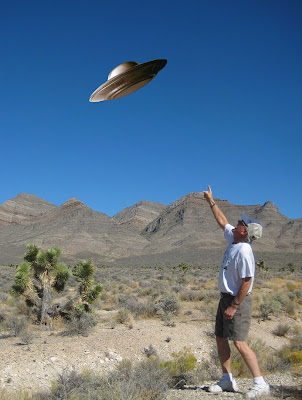 We parked overnight in a nice pullout and Ron watched for unusual activity. Between the time the sun set and the moon rose, he saw moving flashing lights. However he decided it was space junk tumbling around in orbit. Scary what you can see when it's really dark.
Posted by Barbara and Ron at 8:05 PM