While in Sparks, we took a day trip up to Virginia City, NV. This is not your ordinary old mining town. During the latter half of the 19th century, hundreds of millions of dollars worth of gold and silver were taken out of the hills above and from deep under the town itself. This included the famous Comstock Lode, the largest strike of silver ever found in the United States.

The instant millionaires built mansions and imported furniture and fashions from Europe and the Orient. 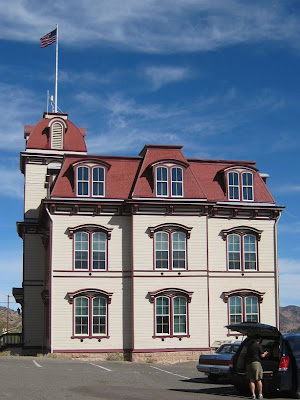 Much of this silver was coined into silver dollars at the Carson City mint. The Silver Queen was created using 3,261 of those dollars. She's 16 feet tall and contains 210 lbs. of silver and resides in the bar of the same name. 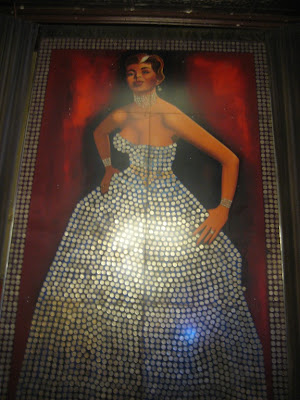 I love how they painted the side of this building. 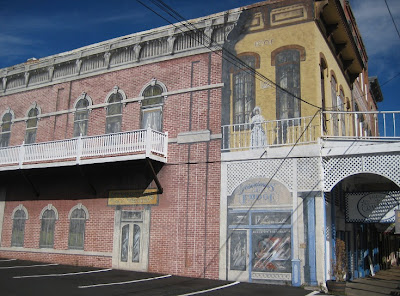 This duo looks like they stepped out of a time machine. 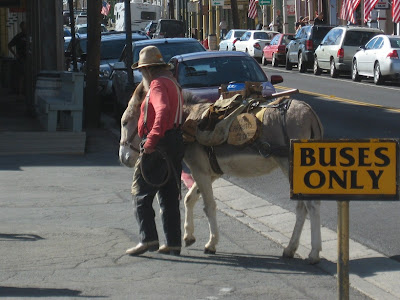 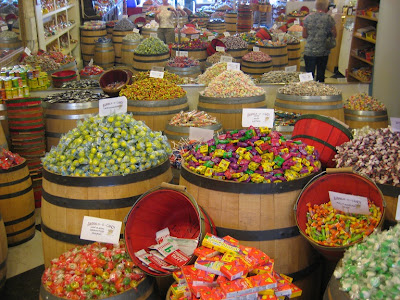 And we even found a 'surrey with the fringe on top'. (If you're not a fan of musicals, that's a song from Oklahoma.) 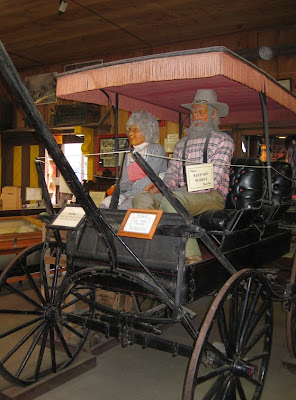 We caught the Virgina and Truckee RR as it left on its excursion. I would have preferred to see the steam engine, but I guess they use a diesel during the week. 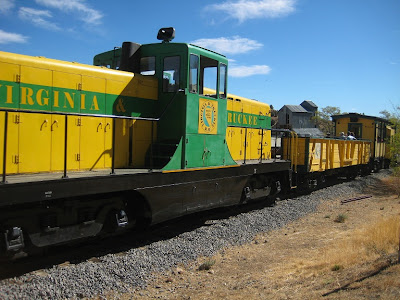