On the schedule for the day was a bus ride from our temporary home outside Denali NP to Whittier to board the ship.  Up until this point, we had been having halfway decent weather - a little rain, but sometimes sun.  This was the day that would change.

As you can see from my first picture out the bus window, it was already heavy overcast at the start of the ride. 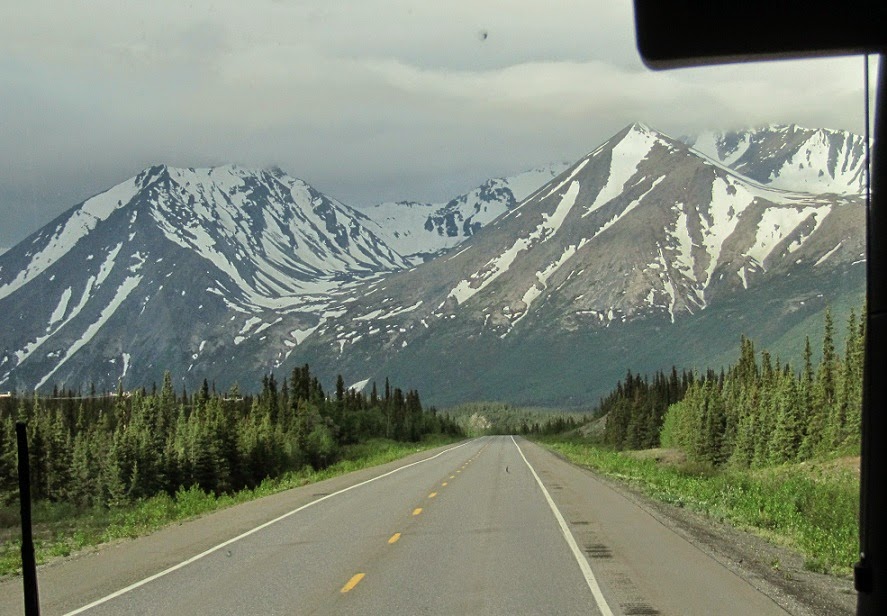 The two Michaels kept us entertained along the way with stories, jokes, and even some Garrison Keillor.  And, once again, we made a few stops, including one at Fred Meyer.  I think they mostly look for stops with large bathrooms.  Nobody wants to use the one on the bus.

This was an interesting place - good snacks and this unique bar. 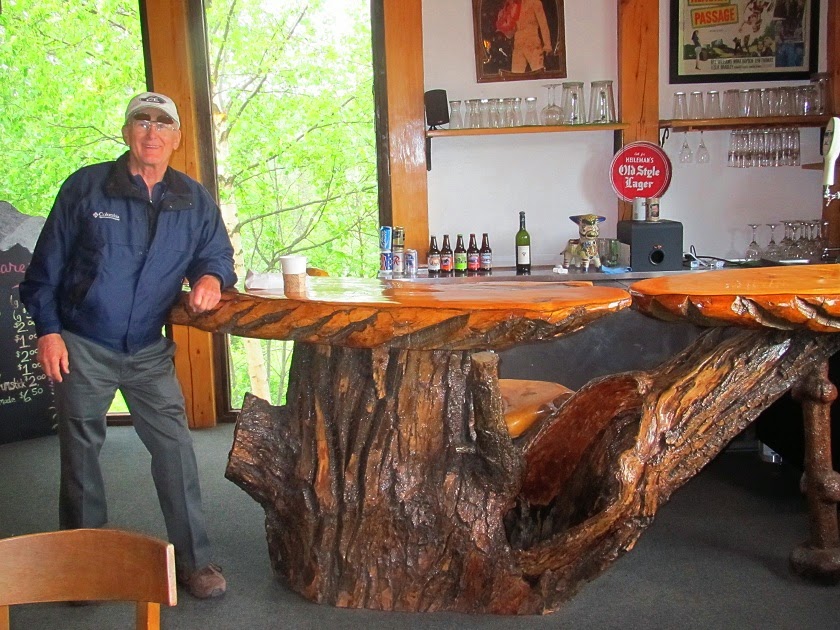 As you know, I was still a bit disappointed by the lack of animal sightings, but that changed when we stopped at an animal rescue place.  The bus drove through with everybody gawking out the windows.

At the far end of the drive, Michael gave us the choice to ride back or walk.  Are you kidding me?!?  That's what raincoats are for.  Ron and I were the first off the bus, totally disregarding the rain and freezing wind.  How does that compare to seeing all the animals we missed up close and personal?  I think only two others got off.

This Brown Bear looked much larger when I was standing on the other side of the fence.  (Don't worry, it's electrified, or so I was assured.  Somehow I think if he really wanted out, he could escape.) I learned the difference between Grizzlies and Brown Bear from this sign. 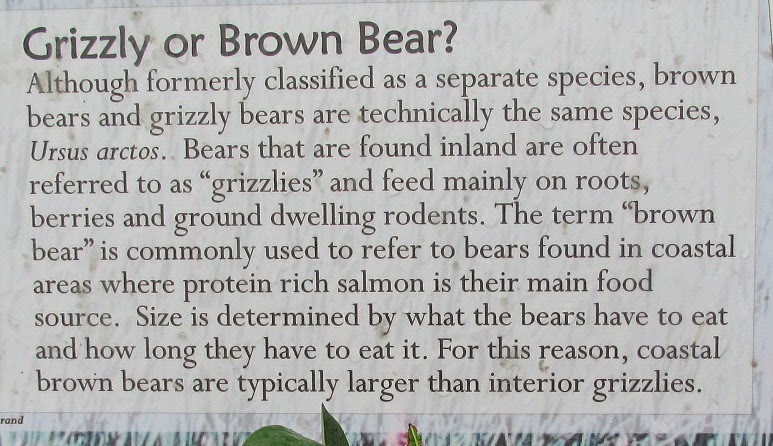 The Black Bears were farther away and across a dry moat. We also were thrilled to see the Musk Oxen. 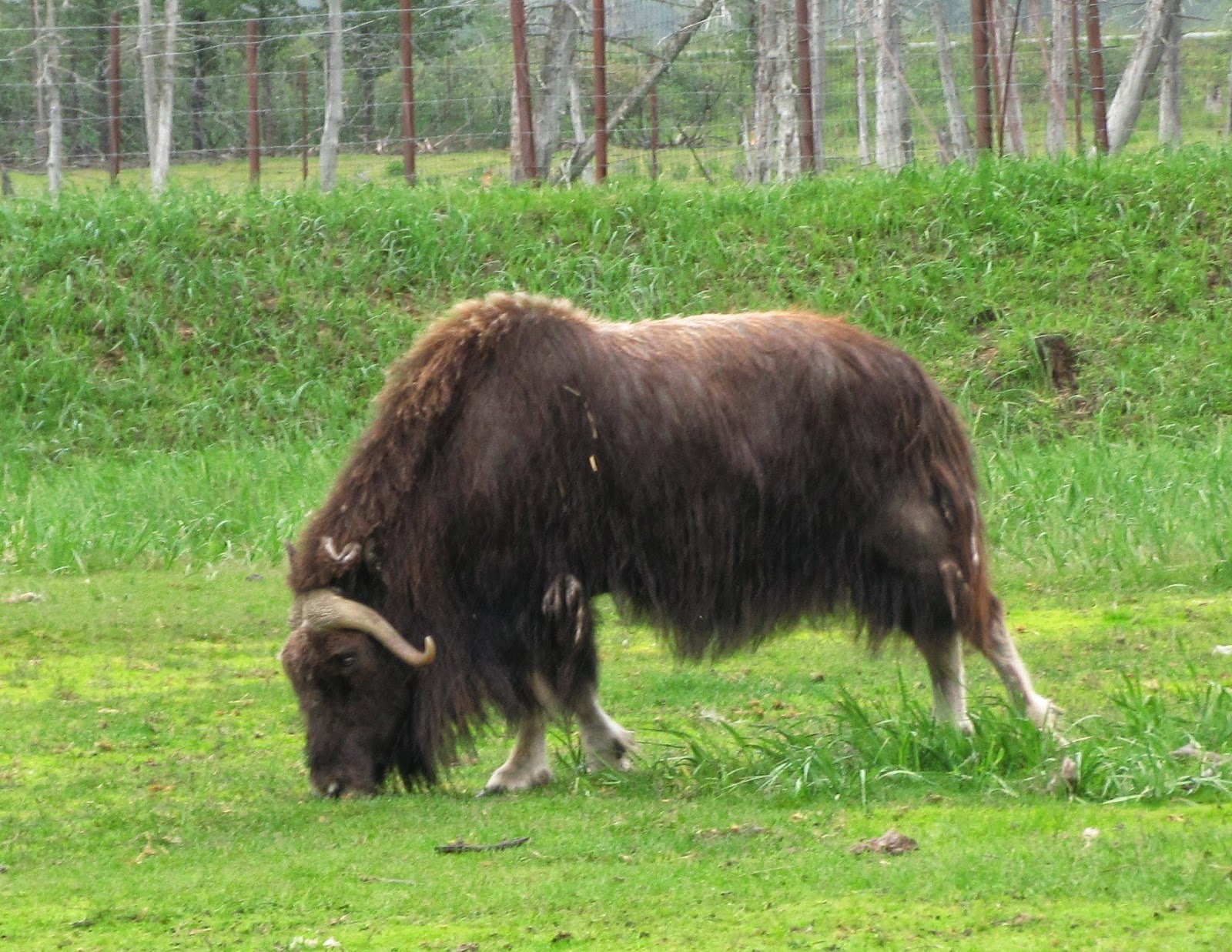 Although they really have a face only a mother could love. 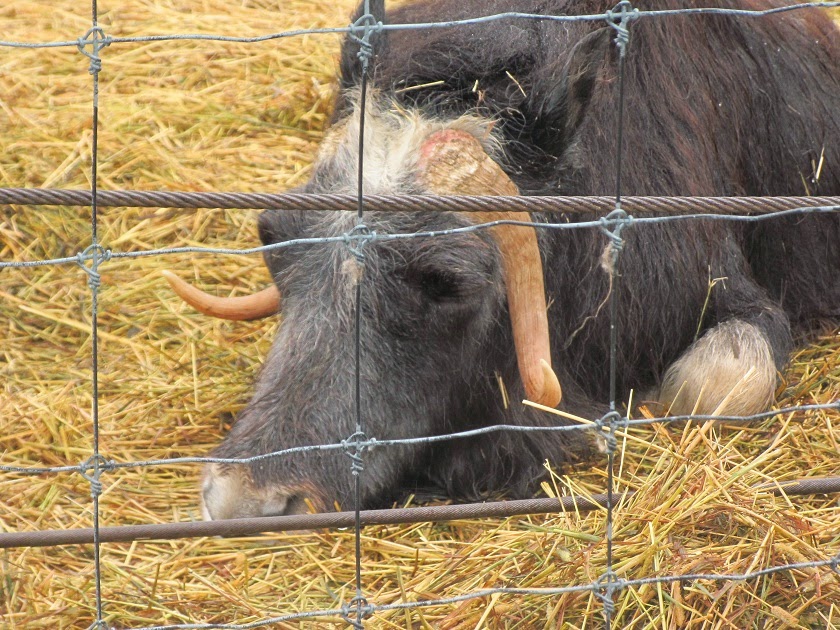 Even the babies are not really cute.  (Didn't my point-and-shoot camera do a fine job focusing on the fence?) 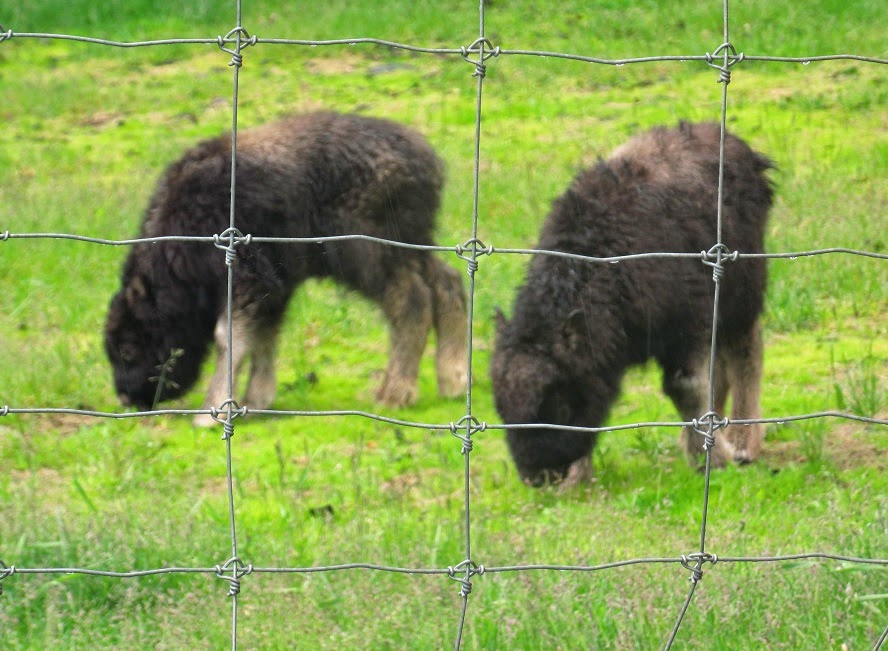 But the cutest, cutest animal by far was the baby moose!  He was no bigger than a medium-sized dog. The elk are always magnificent. 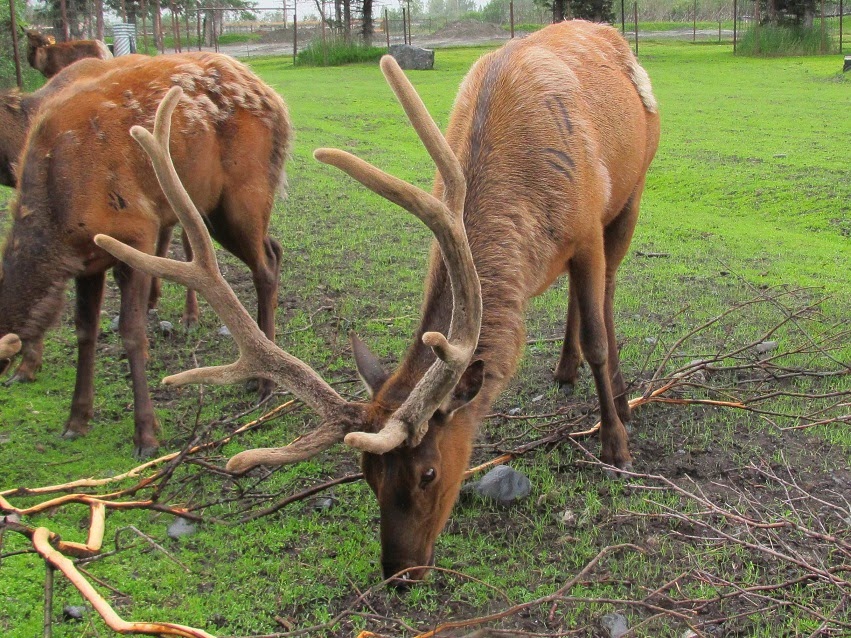 I did feel sorry for the Red Fox who looked miserable in his small area. 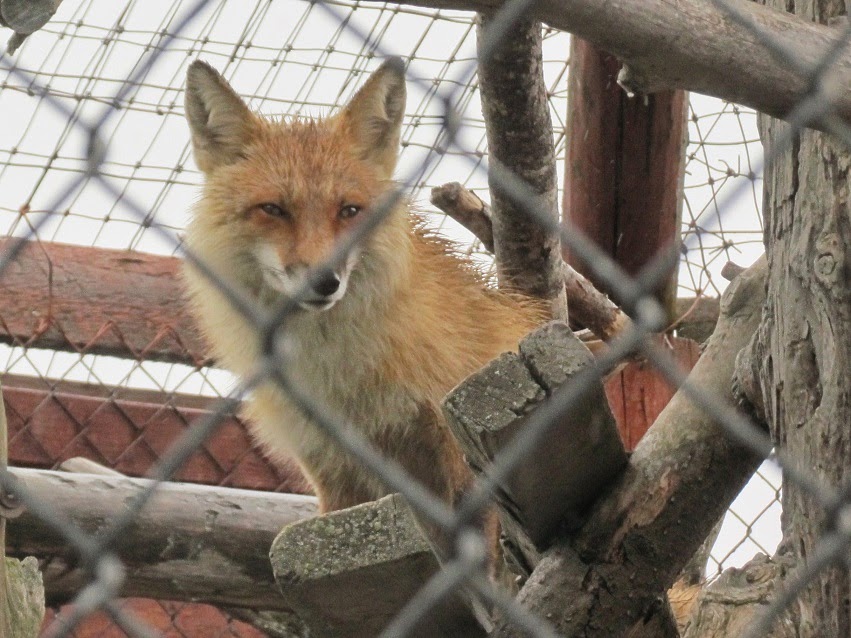 Re-boarding the bus, I was pretty cold, but very happy.

We continued on our scenic trip along the Turnagain Arm.  We were assured that it is one of the most beautiful drives in Alaska. 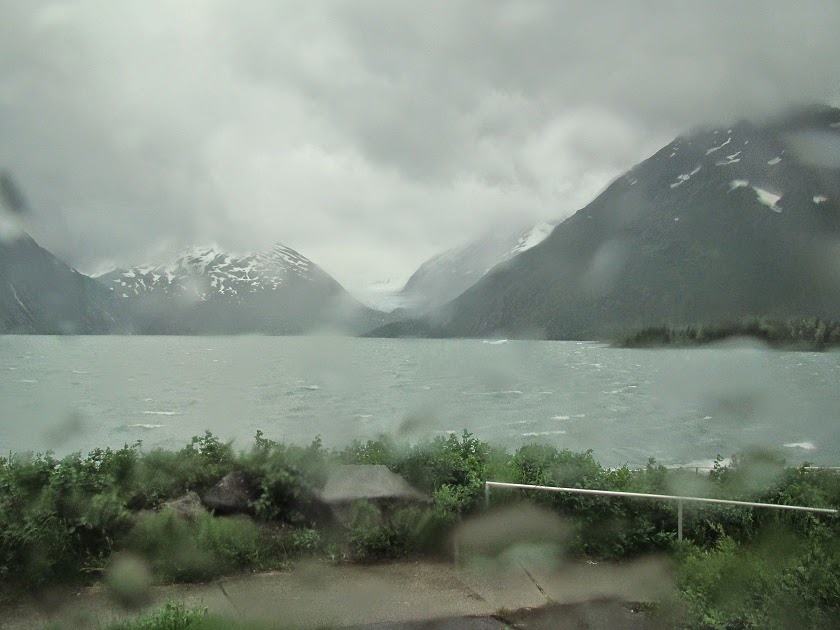 We still had one more experience before reaching Whittier.  The only land access into town is through the Anton Anderson Memorial Tunnel, known by the locals as the Whittier tunnel or Portage tunnel.  It is 13,300 feet of scary through Maynard Mountain.  It's only one lane and shares the right-of-way with the train! Twice an hour, they open it to vehicles - on the hour for one direction and on the half hour for the other direction. The train just goes through anytime.  Of course we all know the joke about the light at the end of the tunnel being a train. 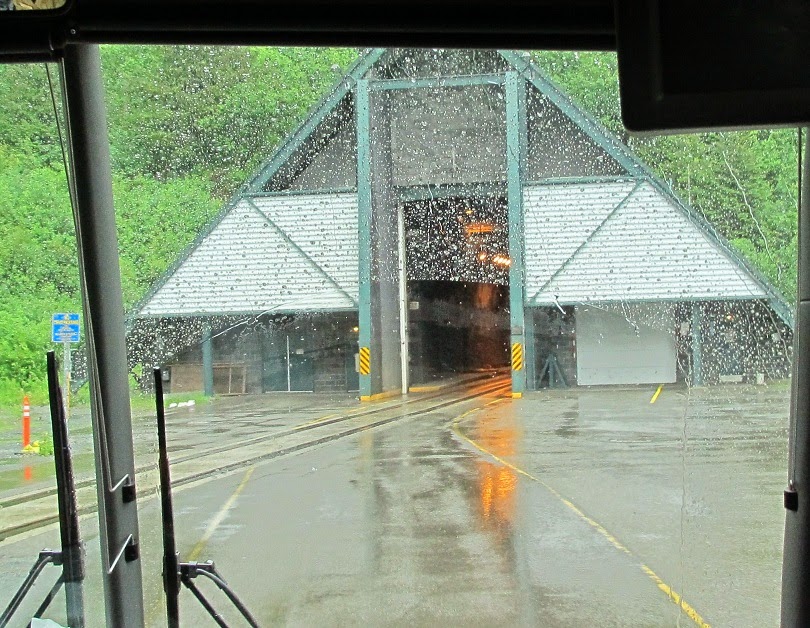