Ron and I made it back to my father's house in PA just in time to pick up my daughters who flew in from Florida for the weekend.  We all had a great time catching up.  On Saturday, the girls and I took a hike on the famous Appalachian Trail. 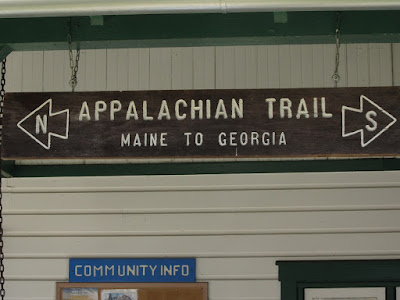 We began our trek in the unbelievably adorable town of Boiling Springs where we found some nice fall color. 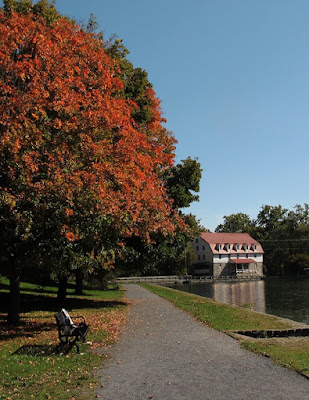 Unfortunately, we hiked for 1 1/2 miles before we made it to the woods.  Here are my 'Children of the Corn.' The trail was certainly well marked around the pretty farms. 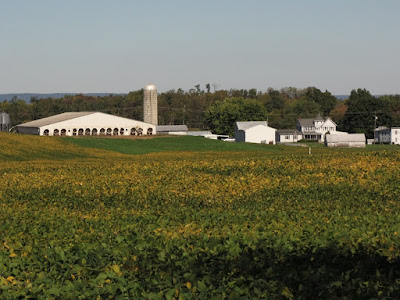 We even saw some Pennsylvania Longhorns. 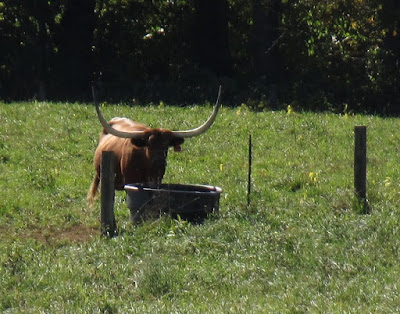 (Don't worry, he was a really long way away.)

Finally we entered the woods and felt we were really hiking the Appalachian Trail! 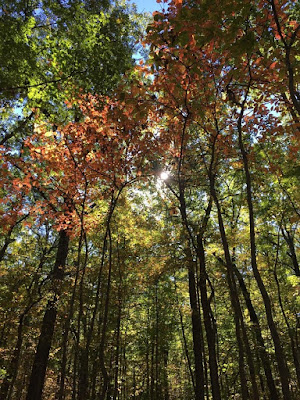 (This is daughter Christy's picture, taken with her iphone.)

We came across a lot of these giant indentations in the ground.  Big gophers? 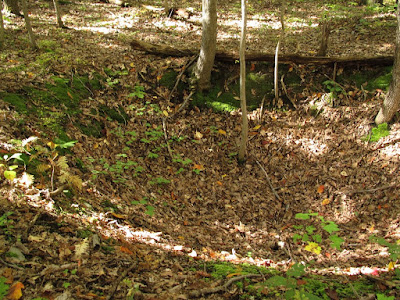 Of course we had already gone so far, we turned around in another half mile.  Next time we'll start somewhere closer to the woods.

Meanwhile, where was Ron, you ask?  Well, he stayed at my father's house and worked.  Let's see.  He caulked around the chimney, blew the leaves out of the gutters, replaced a missing shingle, and cut back some of the woods that was encroaching on the house.  What a guy.  And, no, he is not available for hire.  Earlier in the week, he, I, and my father cut back three feet on each side of the driveway so it no longer resembled a tunnel.  My father always complains how he can't do anything anymore.  Understandable that he would slow down at 94, but you should have seen him with a chainsaw!