Since we were in the Catskill Mountains of New York in October, we took a drive further into the mountains in search of that elusive fall color.  Although our findings were not as dramatic as some gorgeous foliage pictures I've seen on other blogs, we tried our best.

Our drive mostly consisted of me screeching to a stop anytime we saw some pretty trees. Phil spotted this covered bridge as we were driving by.  The bridge was actually on private property, so I just took a distance shot. 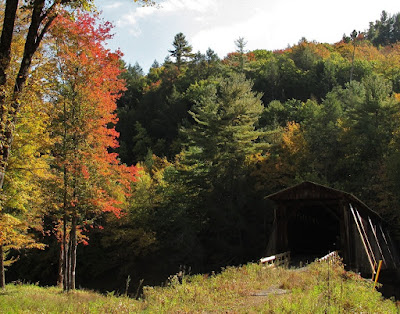 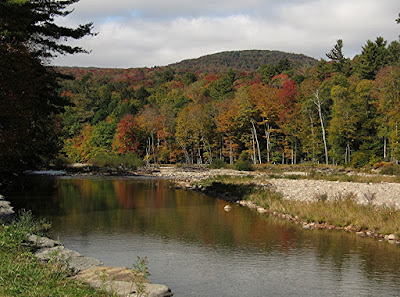 It was a lovely drive through these hills they call mountains. 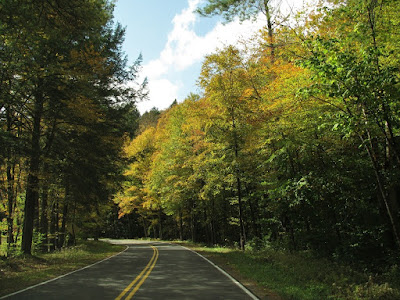 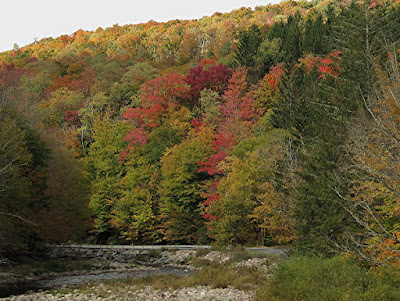 We turned around at this lake which was part of some kind of camp.  Maybe this is where they filmed Dirty Dancing. 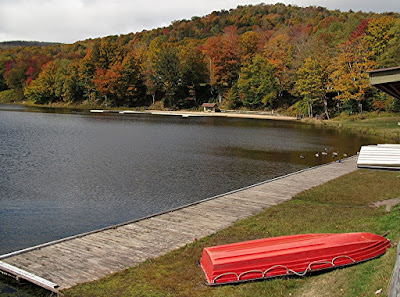 One last shot along our drive. 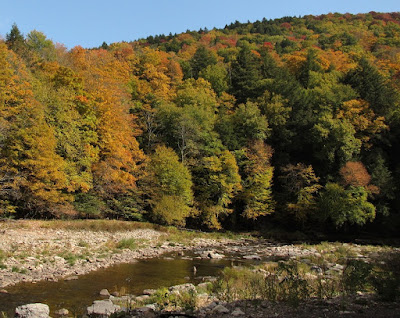 After a fun four days with Diana and Phil, Ron and I headed back to my father's in Pennsylvania.  On our way, we stopped at a very interesting bridge.  It was part of the Delaware & Hudson Canal and Gravity Railroad.  It was utilized from 1828 to 1898 to transport anthracite coal from northeastern Pennsylvania to markets on the Hudson River. 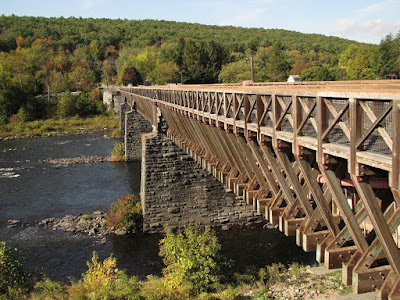 They did a fantastic restoration of the canal bridge in 1986.  We drove across it on our way out of New York. 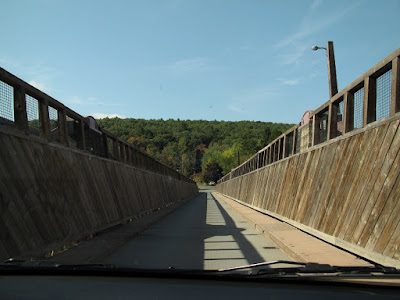 And we found this working waterwheel in rural PA.  I wonder if the owners are actually generating electricity with it. 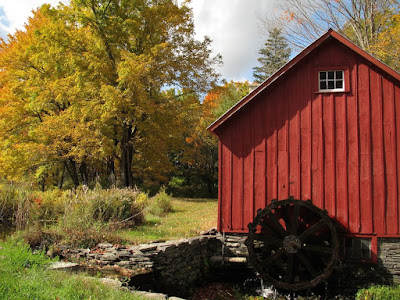 Although the leaves could have been better, I'm glad we're not there now.  We might have had snow!