We realized we were moving way too quickly when we hit southwest Utah and it was 90 degrees.  Oh, well, we're here now and will just have to deal with it.  We looked for our favorite parking spot about 10 miles west of Zion and the BLM has closed it since we were here last.  Bummer.  We did find another spot a few miles closer (37.17110,-113.08162) and after Ron checked it out on foot, he pronounced it doable.

Even from a distance, the first sight of Zion is breathtaking. 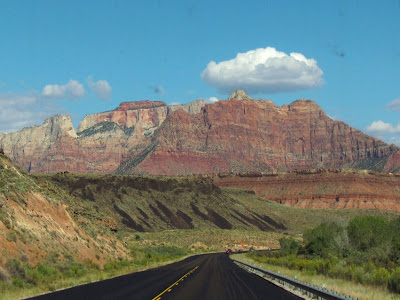 (Just ignore the bug splatters on the windshield.)

Since we were parked right at the trailhead for Coalpits Wash, we decided to try it in the morning before the temperature rose to unbearable.  Good thinking since the trail was mostly across open area. 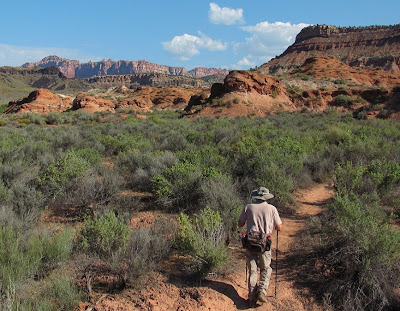 After about 1 1/2 miles, we entered the canyon with some shade. 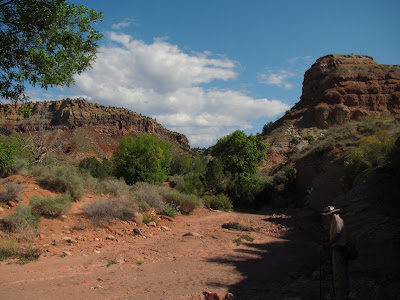 After having our snack, we decided to head back.  Maybe I should have told Ron I was taking his picture. 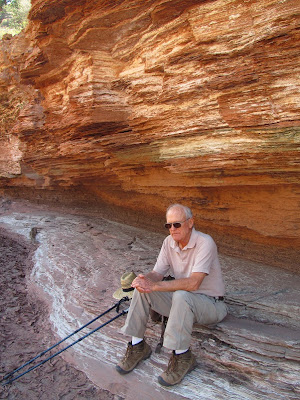 He paid me back though.  The only tricky sections of the trail went through some side washes.  He caught me doing my butt slide down one of the steep parts. 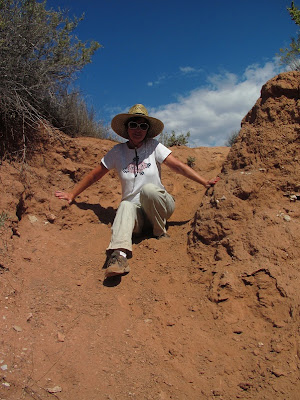 After the second night there, we decided to move into the park campground and find some shade.  In addition, we also found the campground deer who aren't at all fazed by humans. 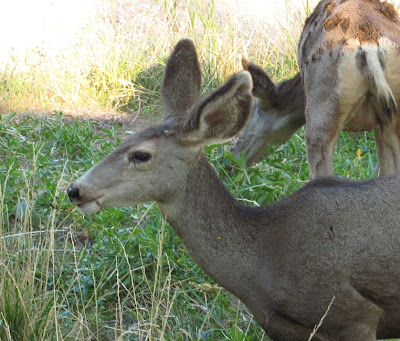 And here's the view from our site in the South Campground. 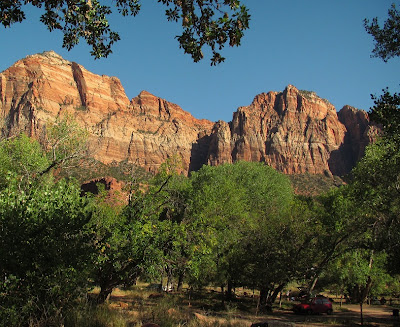