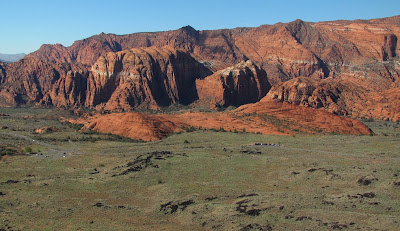 I never get tired of interesting rocks.  They change from red at the south end (first picture) to white as you look north (third picture.)  And if  you look closely, you can see lava along the canyon floor and in the foreground of this picture. 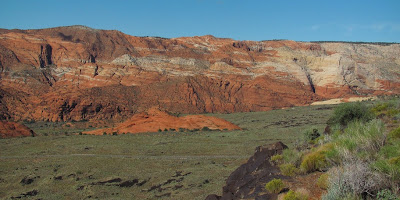 There was a young man at the overlook taking pictures of his shiny brand new car.  I thought, hey, I can do that. 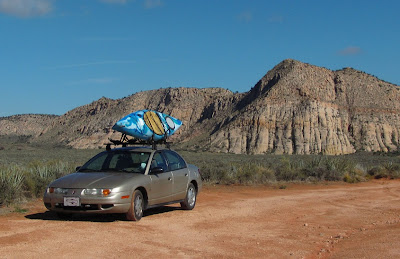 (Hmmm, not quite the same.)

We did four of the hikes during our visit.  Don't be too impressed, it was only about 4 miles total.

Beginning at the north end, we took the White Rocks trail to a natural amphitheater. 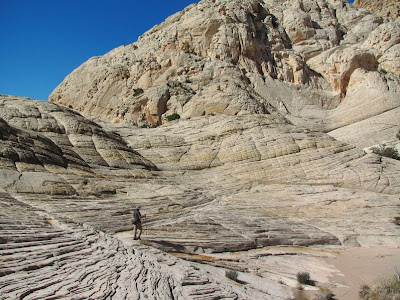 Climbing up the back of the bowl, you get a peek down the canyon. 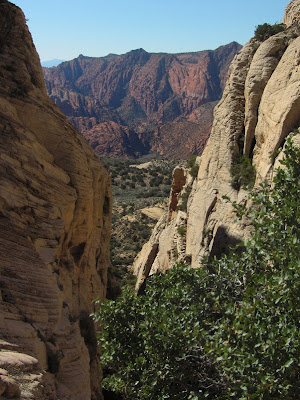 Next up  was the Pioneer Names trail where we saw names, written in axle grease, dating back to 1881.  Pretty cool. 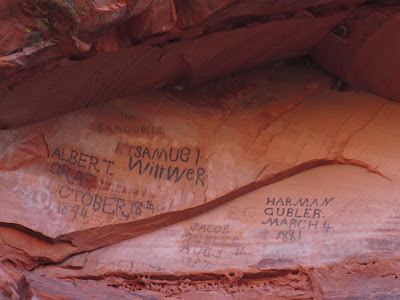 Then we took Jenny's Canyon trail, billed as a children's hike.  Maybe because of this owl along the way. 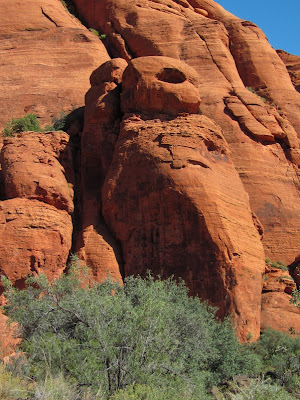 I think I'll call her Hedwig.

The hike ended abruptly in this slot canyon right where I'm standing.  I don't think I've ever seen a dead end slot canyon like this. 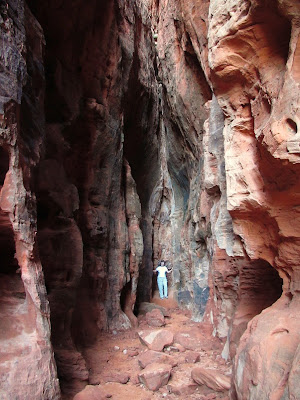 Our fourth and final hike was Johnson Canyon.  We were lucky because this trail is usually closed from March 15 to October 31 to protect the wildlife, but opened early this year.  We didn't see any wildlife, but we did see lava. 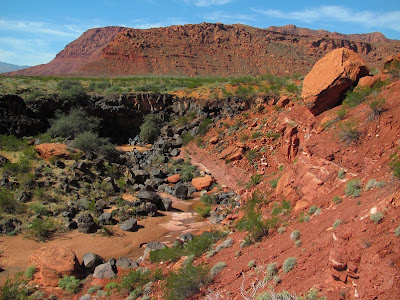 I wasn't going to include this picture, but after I made Ron climb the rock for me, I just had to. 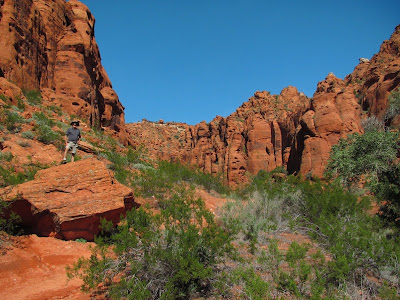 There is an arch along the canyon with a 100 foot span.  It's really hard to see in this picture, but the shadowed area is the bottom of the arch and the area beneath that is the wall on the other side. 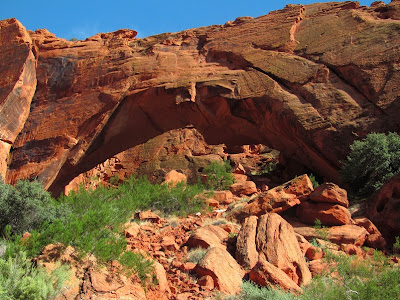 Is this really a wild flower that I spotted along the trail?  It looks more like a ground cover that should be in a garden. 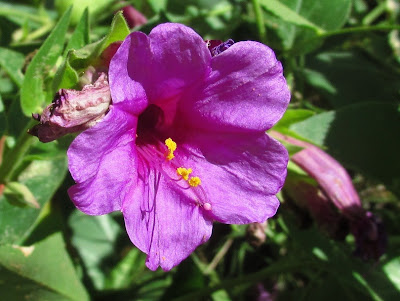 This trail also ended abruptly, this time in a box canyon. 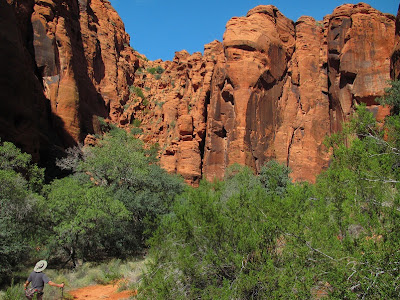 It was a great day for rocks.

While in St. George, we also took a walking tour around town which included an inside look at Brigham Young's winter home and visited the Rosenbruch Wildllife Museum.  Both times, I forgot my camera.  The wildlife museum was a 'gem' in the AAA book and consisted of Mr. Rosenbruch's extensive collection of animals from all over the world.  I know not everybody approves of hunting and taxidermy, but personally I'd rather see them like that than in a zoo pacing like, well, like a caged animal.  Just my opinion, of course.
Posted by Barbara and Ron at 9:30 PM