Death Valley on the Fly

From Lone Pine, CA, we headed east right through Death Valley National Park.  Although the Mountain Directory said some alarming things about the curves and grades on this route, Ron was not deterred.  We decided that I would follow him in the car, so at least he wouldn't have that to drag behind.

Soon after entering the west side of the park, CA 190 starts downhill, going from 5200 feet elevation to 1500 in about 15 miles into Panamint Valley.  This doesn't sound too bad, but there were a lot of curves and no shoulder.  The rocks were right at the edge of the pavement. 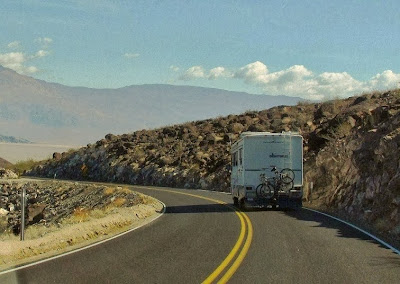 Interestingly enough, I took several pictures of Ron and in every one, he was smack in the middle of his lane.  Actually I was the one all over the road while I snapped pictures out the window.

Once into the valley, we pulled off to take a few deep breaths. 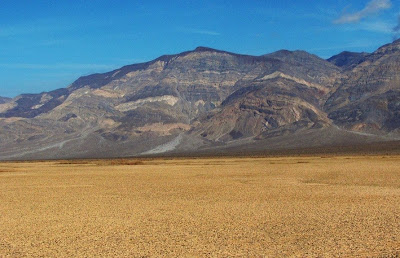 The ground has that interesting cracked, parched look. 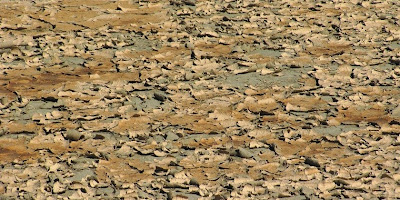 But wait!  Next the road climbs back up to 5000 feet, then drops down to sea level, all in about 20 miles.  But we were pleasantly surprised to find more gradual curves and a bit of shoulder, along with some pretty colorful scenery. 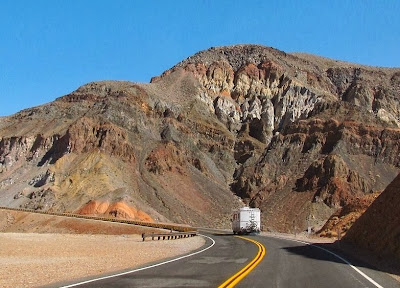 Since the park was closed due to the government shutdown, the side roads to various Death Valley attractions were closed.  This was particularly unfortunate, because it was freakishly cool in the low 70s.  It would have been great to do some hiking.

We couldn't go to the lowest point in North America, Badwater Basin at 282 feet below sea level.  But we got close. 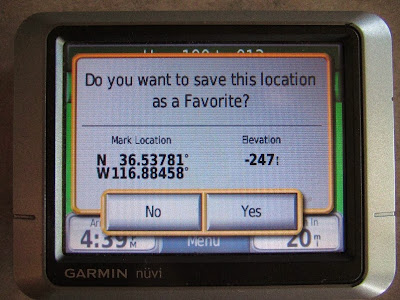 And looking out over the salt flats, it looked like I remember the Badwater Basin looking. 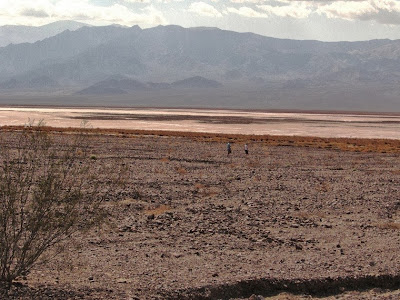 Since the road out of the valley is more gradual, we hitched the car back up and, hold on to your hats, I drove.  The colors in the hills were spectacular, but Ron fell down on the picture taking.  He did get this shot. 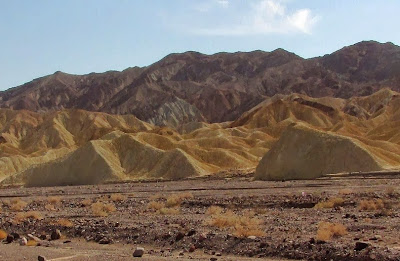 Once we left the park and were back in BLM land, we stopped at a great spot for the night. 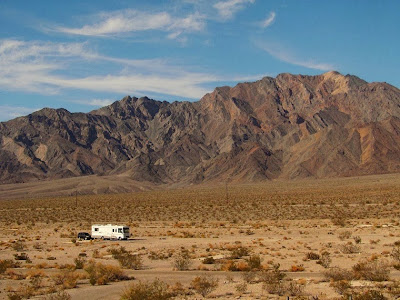 It was like a mini version of the 'Slabs' with the concrete pads, but deserted and clean.  The GPS coordinates are 36.33898, -116.60042, but if you go, watch out for the rebar sticking out of the ground.  I almost ran over one that I didn't see.  That would have been the end of my driving - ever!