On Route 66, beginning with the museum in Kingman, Arizona.  In the early 1900s, the federal government realized a need for a national highway system and by 1937, Route 66 was completely paved from Chicago to Santa Monica, California.  Since then much of the road has been incorporated into the interstate system, but in western Arizona remains the longest continuous stretch of the original road.  From the state border in Topock to Ash Fork is 160 miles of nostalgia.

The museum gave the history of the route from pioneer times, but I’m going to jump ahead to my time.  I don’t know if the Studebaker was a reliable car, but I just love the look of it. 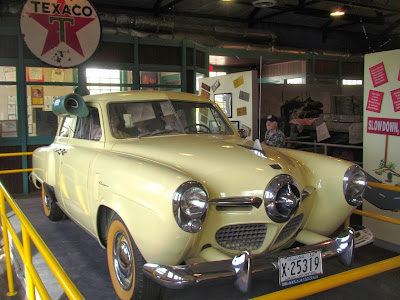 This one even had a high tech air conditioner. 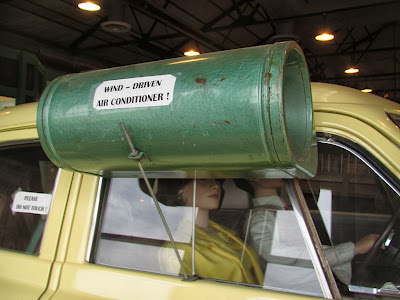 I’m sure everyone of my generation remembers the Burma Shave signs.  We would get so excited when we spotted a set of the signs along the road.  What a genius idea Mr. Odell had when he came up with that one.  Here’s a short history if you’re interested. 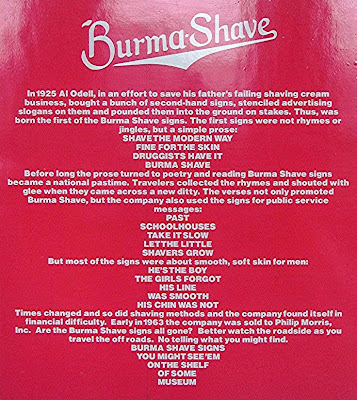 Along with a few of the verses you might have seen along the road. 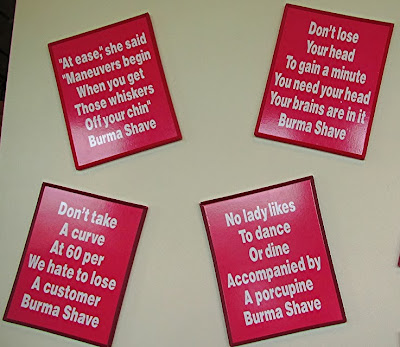 I didn’t realize they even got involved in the war effort. 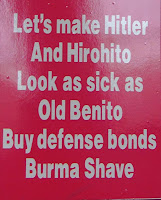 When we headed east out of Kingman, we took old Route 66 instead of the interstate.  I expected to see lots of cool old motels and diners like this one in Kingman. 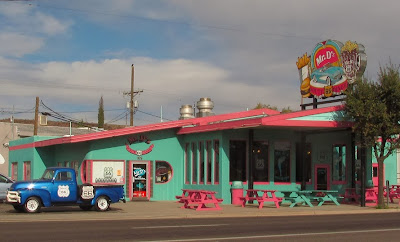 But I guess enough time has passed that little remains from the road’s heyday.  We did enjoy the very interesting Hackberry General Store. 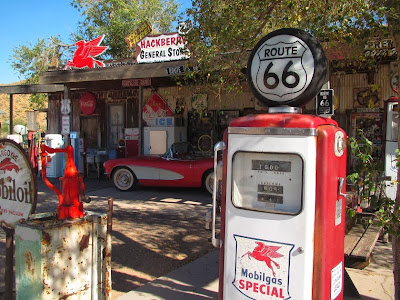 There was some rusty stuff for Diana. 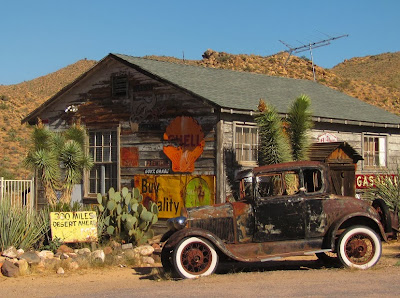 And the scenery was nice in places.  The railroad shared our route through the hills.  I swear we saw seven trains in the 85 miles we traveled.  As an ex-railroad employee, that makes me very happy. 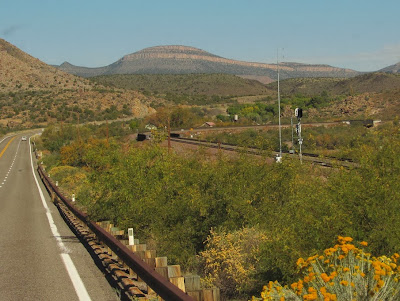 We had a close up view of the Aubrey Cliffs. 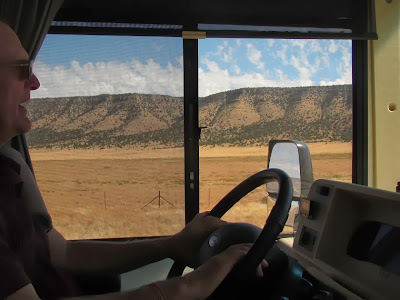 But I was really excited to see some Burma Shave signs.  Here, pretend you’re driving along Route 66 about 50 years ago. 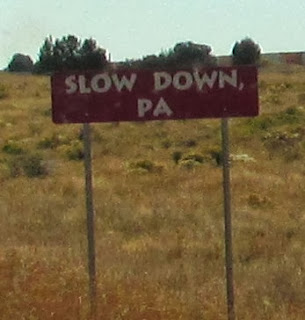 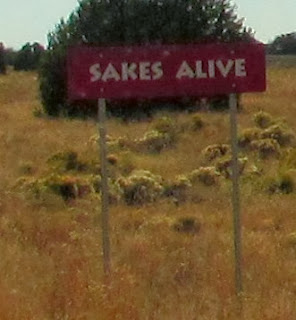 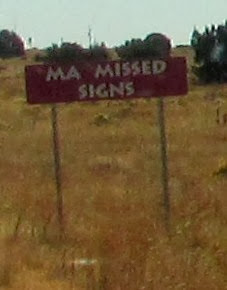 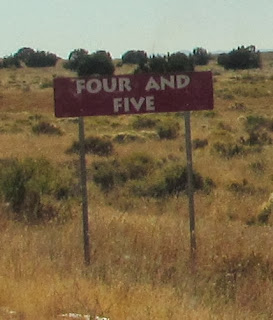 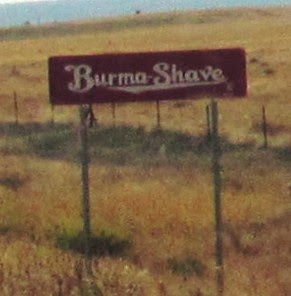 At Seligman, Route 66 nears the interstate and the town really celebrates its history with places like the Roadkill Café. 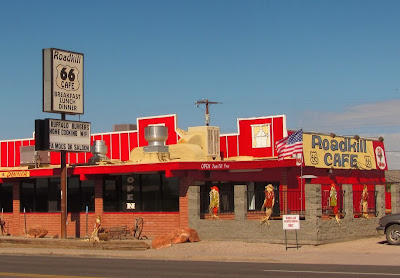 I’m glad we took ‘the road less traveled’.  It brought back memories of road trips we took many years ago.  Was it really a simpler time or does it just seem that way?