Traveling with Diana and me, Ron doesn't really have a lot of input concerning where we go, but he gets full credit for suggesting we visit Bear Lake.  Situated north and a bit east of the Salt Lake area, it lies half in Utah and half in Idaho.

US 89 from Brigham City to Logan is very pretty, with rolling hills so green they almost hurt my eyes. 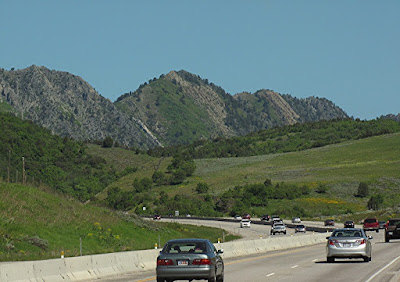 Then on the other side of Logan, we entered Logan Canyon. 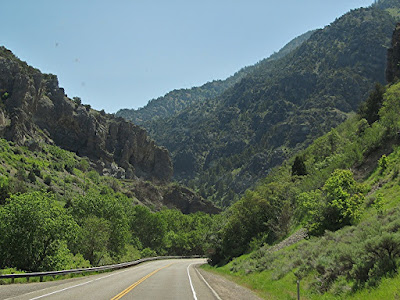 Where we followed the Logan River. 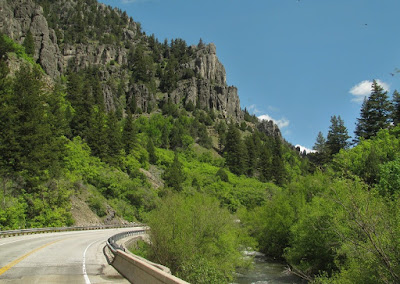 Then we were up and over a pass and descending to Bear Lake. 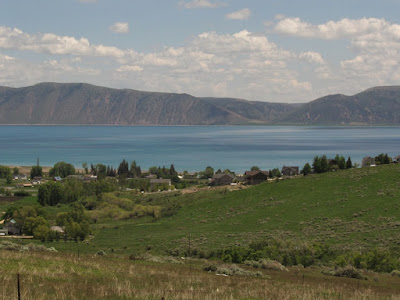 We stayed in a national forest campground along St. Charles Creek, although later we thought that might have been a mistake with all the state park campgrounds along the shoreline.  It's funny how things work out though.  If we hadn't stayed where we did, we might not have seen the sign for Minnetonka Cave farther up our road.  Off we went.

There was a warning that the cave tour involved 888 steps.  We were confident that we could handle it, although I did ask if these outside steps were included in the count.  (The answer was no, they threw these in for free.) 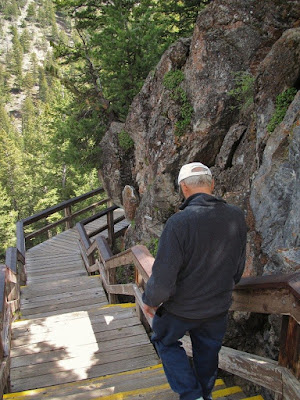 Is it just me, or does our tour guide look 15?  I swear, the older I get, the younger everyone else looks.  He had the required number of corny jokes, but I really liked the first one.  He told us we were not allowed to touch the stalactites and stalagmites, but please hold on to the stalagpipes.  Good one. 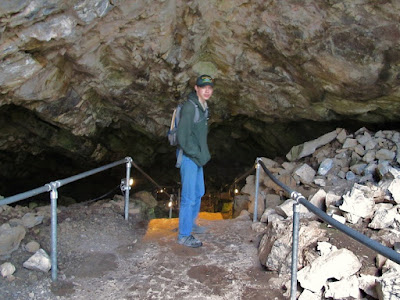 Okay, it wasn't Carlsbad Caverns, but it had some nice formations, like the three sisters. 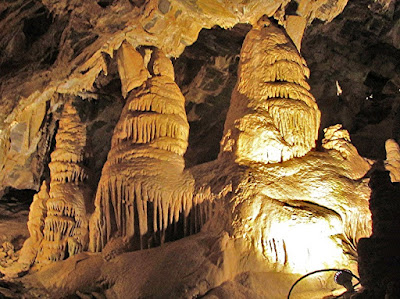 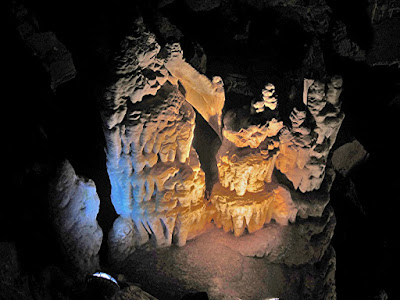 It was the wettest cavern I've ever been in.  I don't know if you can see the drips in this picture. There was some tasty-looking bacon. 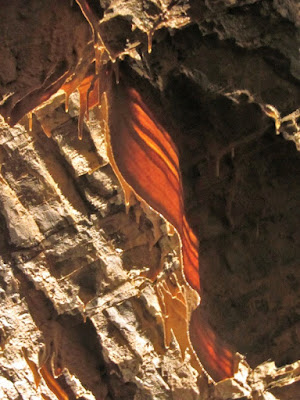 And this is the Grinch's hand.  He was crushed when he touched a stalagmite after being told not to. 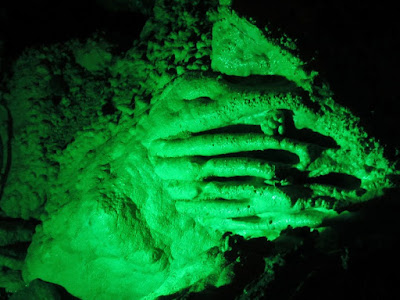 We also drove around the lake which is about 50 miles.  Ron spotted these sandhill cranes in the distance. 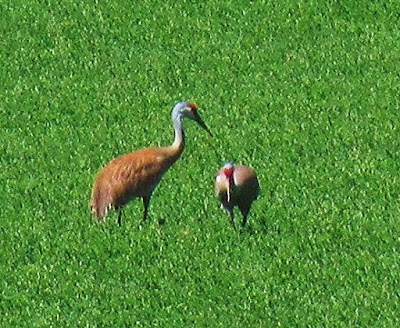 The lake is so large that it needs a lighthouse. 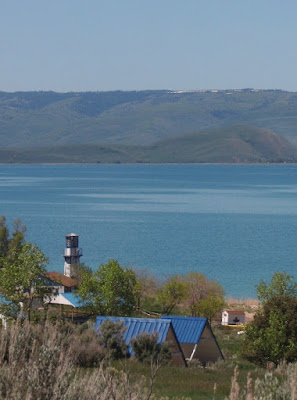 We were told that Bear Lake is famous for raspberry shakes.  Ron shared his with me and we all agreed it was more like ice cream.  They even provided a spoon instead of a straw. 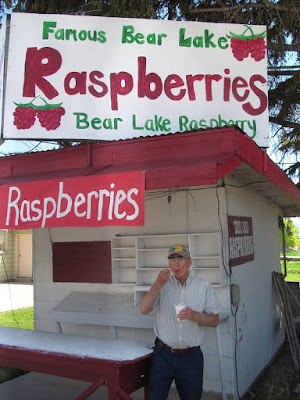 And in between utilizing his Idaho fishing license to tease some fish in St. Charles Creek, Ron explored Blue Pond Spring. 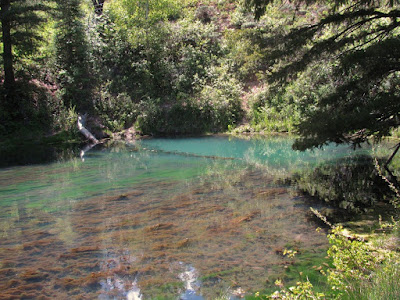