La Pine, Oregon, is a nice little town with a great attitude towards RVers. The Moose Lodge and American Legion both welcome RVers and have available hookups, the local truck stop has a dump, and even the Dairy Queen has RV parking. But the best thing about La Pine is there are NO mosquitoes. We settled in at the Moose for four nights. Funny thing, fellow WINs Janet and Doug happened to stop at the American Legion, so we had some fun with them too.

We visited a couple of volcanoes nearby. The first was a strange looking formation called Fort Rock because of its appearance. 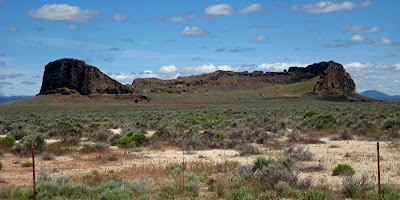 It's the remains of an ancient underwater volcano and in more recent times was surrounded by water and used by the Native Americans. 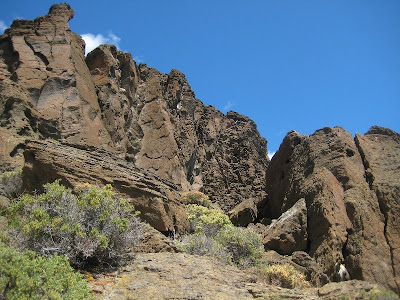 Now it's surrounded by farmland. It looks even more like a fort from this angle. 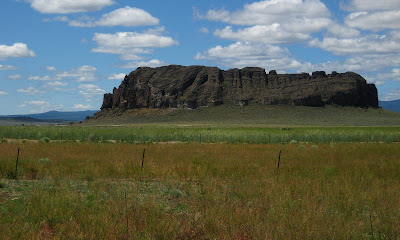 Then we went to Newberry Crater National Monument. Like Crater Lake, this was a huge mountain that erupted and collapsed. There is a road to the top of Mt. Paulina which is actually part of the rim of the caldera, but once again, the road was closed with snow! But we did a short hike that climbed to a vantage point and we could see pretty Lake Paulina. 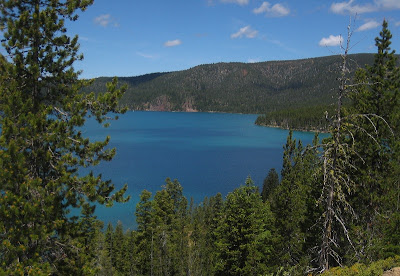 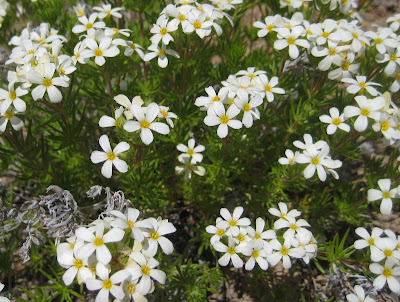 I was really excited to hear they have an obsidian lava flow. Obsidian contains a high percentage of silica, the primary ingredient in glass. Native Americans used obsidian for arrowheads and tools because of its sharp fracture lines. 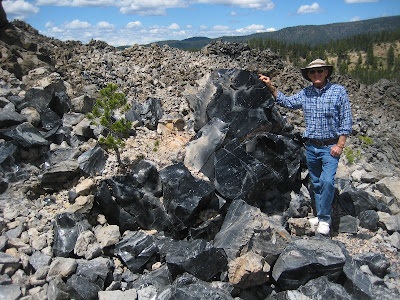 Ron is standing next to a large piece of obsidian. The flow as actually a mixture of obsidian and pumice, the difference being the pumice cooled with bubbles in the rock.

This one I know is penstemon, growing bravely among the lava flow. 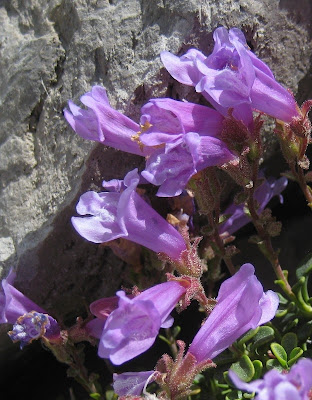 Back down at lake level, it doesn't look nearly as colorful. Where Crater Lake has one big lake with an island, Newberry Crater has two lakes separated by the cinder cone you see in the distance. 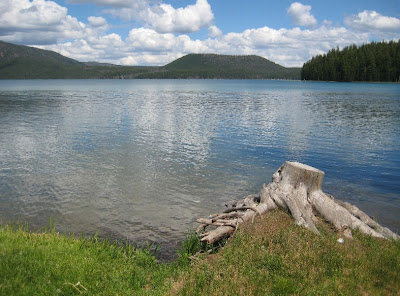 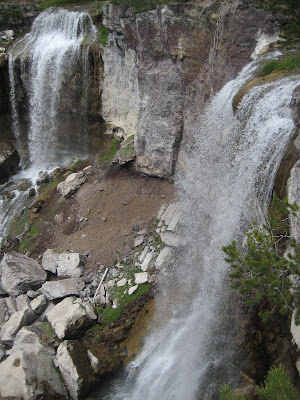 Here's another shot from below. 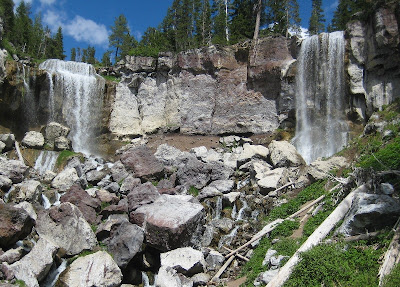