One day some of us took the ski lift halfway up Mt. Bachelor to Pine Marten Lodge at 7,775 feet. I wish you could ride up backwards since turning around to watch the scenery was hard on my neck.

The parking lot looks pretty far down there, with Broken Top looming in the background. Here come Carolyn, Paul, and Marian right behind us. 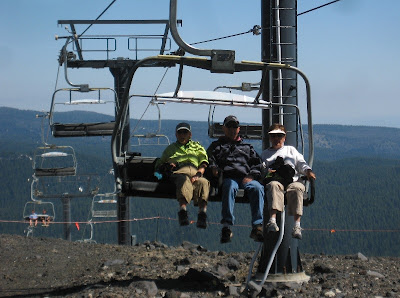 View of the Three Sisters and Broken Top from the top of the lift. 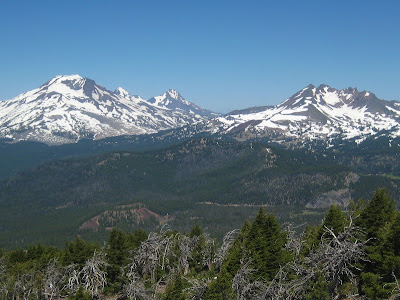 We were lucky to be there in time for a talk by a forest ranger. He was very interesting and because we had been to so many of the surrounding sights, we knew the answers to all his questions. At one point he turned his hat over to me.

One thing we didn't know, was that Sparks Lake, nestled here at the base of South Sister, is disappearing. See the green meadow to the right of the lake? It used to be part of the lake. Not only does the lake level drop during the summer, but it drops more each year. There are what he called sinkholes that are draining the water. He said you can even hear it draining. That's when I decided I had to go back to Sparks Lake. 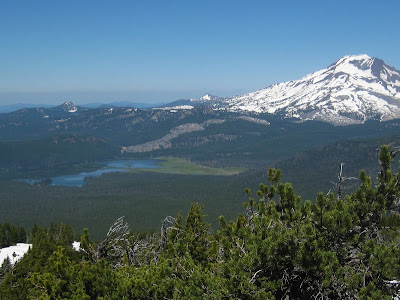 But first, at the base of the ski lift, Rachel Scdoris, four time Iditarod Musher, and her father - trainer, Jerry Scdoris - offer dog sled rides for a nominal fee. If they had actually pulled you in a sled, I would have been first in line. However, it was more like an ATV, so I wasn't interested. But Rachel and her father were very nice and talked to us for quite a while.

They said the dogs are called Alaskan Huskies which I think means any kind of dog mixture that just loves to run. They did all look kind of similar, which makes sense since Rachel and Jerry raise and train their own dogs. 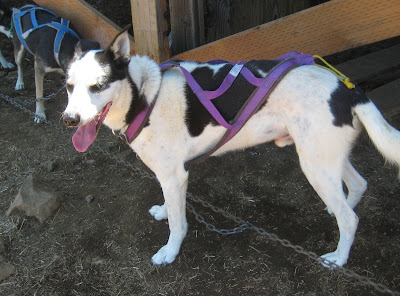 This little one is one of her best leaders. I guess size doesn't matter. 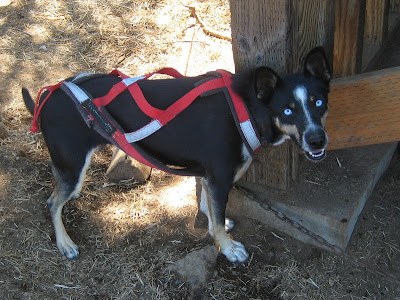 Then off we went to revisit Sparks Lake. What makes Sparks so unusual and scenic is all the lava that surrounds and is part of the lake. 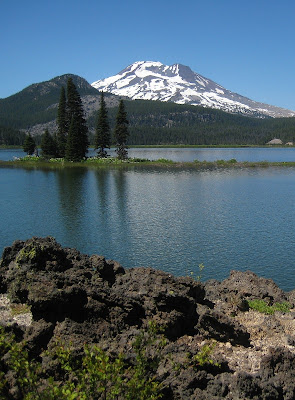 We hiked along the lakeshore and, sure enough, we did hear the water draining out! It sounded like water going through a culvert, but there was no culvert. Cool! 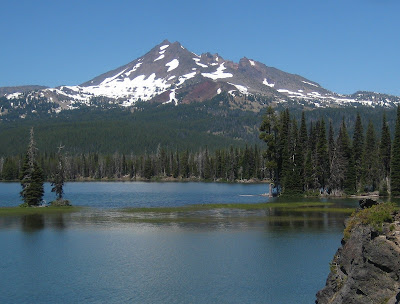 So if you want to see this beautiful lake, hurry before it's gone.