North on the Big Island

Another day we headed north from our home base in Kona.  Our first stop was a coffee plantation where Diana demonstrated the correct way to pick coffee beans. 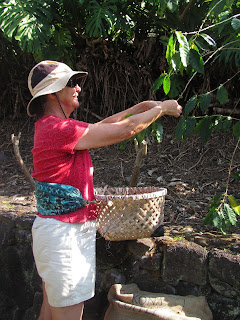 We stopped to explore the historic Parker Ranch.  Established in 1847, the ranch grew from 2 acres to the largest single owned ranch in the United States.  According to the brochure, it currently is the 5th largest at 130,000 acres and is owned by the Parker Ranch Foundation Trust.

We toured the original houses and grounds.  This is house number 2. 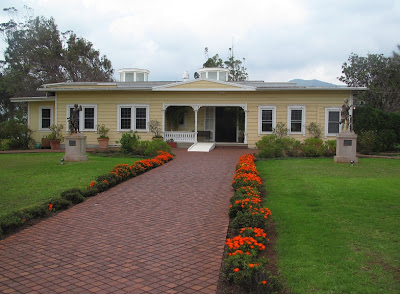 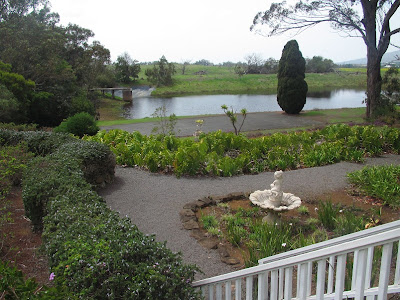 We saw these HUGE flowers.  I asked the receptionist what it was and she said 'Buttercup'.  I just thanked her and thought, "That sure doesn't look like any buttercup I've ever seen!"  I have since googled it and it's a 'Cup of Gold' (Solandra Maxima) and every part of the plant is poisonous if ingested.  So if you see one, don't eat it. 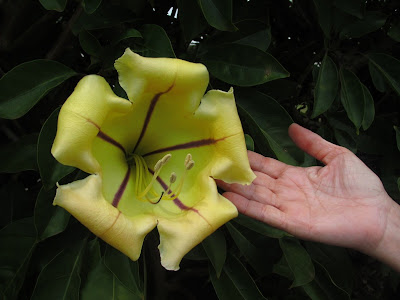 We also saw some of the Parker Ranch horses. 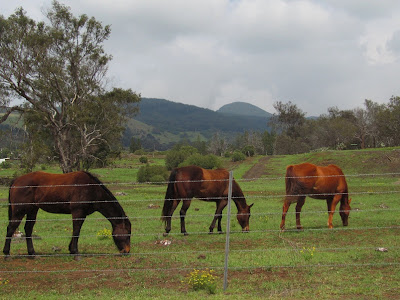 At the north end of the island in Kapa'au we searched out the statue of King Kamehameha.  Newly painted, he welcomes visitors to the island. 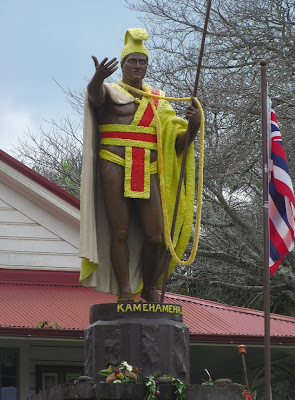 There is a really interesting story about this statue - it was lost, then magically found.

Forged in Florence, Italy in 1880, the ship that was ferrying it to Honolulu sank off the Falkland Islands. Believed to have been lost at sea, a replacement statue was commissioned and was erected in downtown Honolulu and has become one of the most photographed landmarks on Oahu. However, the original statue was miraculously found and recovered in 1912. The restored statue was then installed near Kamehameha’s birthplace at Kapaau.

We drove to the end of the road to the Pololū Valley lookout where we had a great view of the coastline. 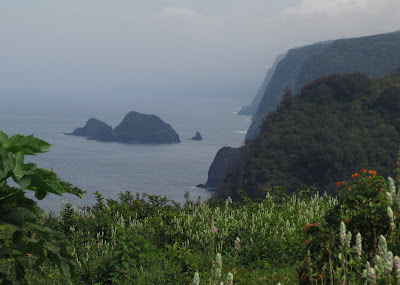 And the valley below. 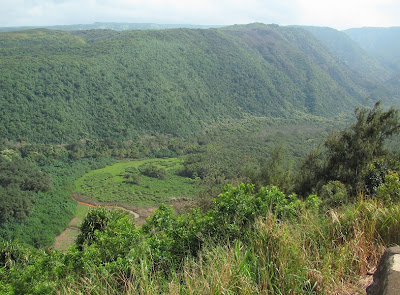 We could have hiked down to the valley floor, but it just looked too hard.

It was at the overlook that we saw these unusual flowers. 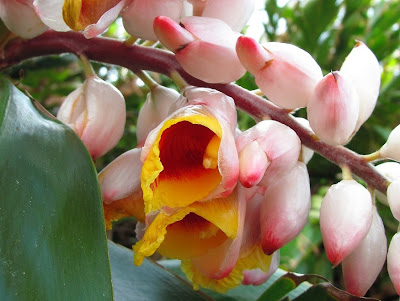