The Island of Hawaii

I'm not going day by day for our week on the Big Island, but I'll just hit some high points.  I'll start with the day we headed south of our condo in Kona.

Puʻuhonua o Hōnaunau (Place of Refuge) is now a National Historic Park and has really changed since Diana and I last visited 20 years ago.  Then we were the only people there.  From the last trip, I remembered that Hawaiians who broke a kapu (ancient law) could avoid death if they could make it to this location.  There they could be absolved by a priest and freed to leave.  I didn't remember that royalty also lived there.

This is the reconstructed Hale o Keawe heiau (temple) which was the burial place of Kona nobility until the early 1800's when the kapu system was abolished. 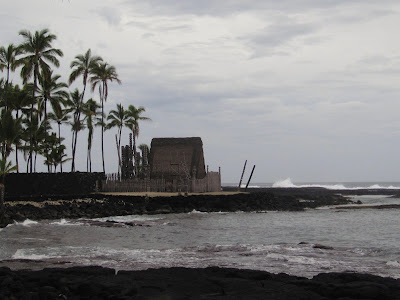 The heiau is surrounded by these cool totems, although I'm sure they're not called totems. 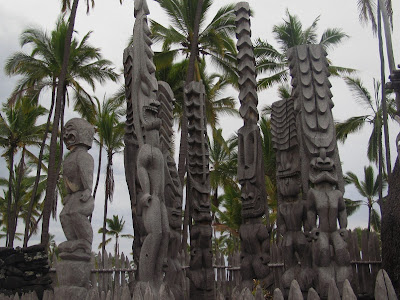 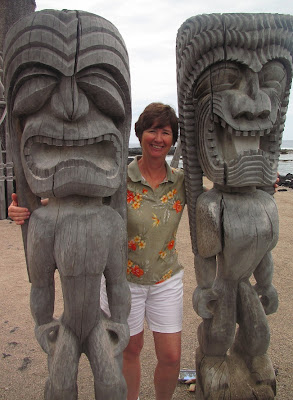 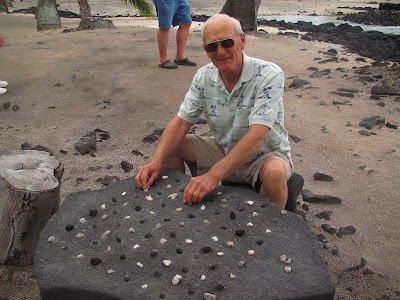 And we found a tree mold, formed when lava surrounds a tree. 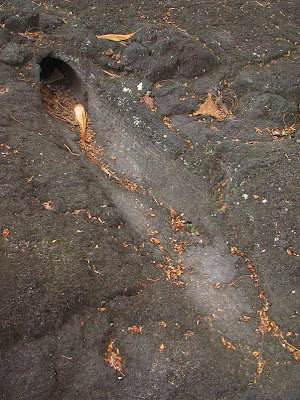 How about this for adaptation?  Black crabs climbing over the lava. 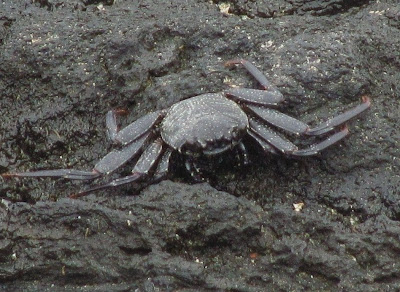 Next, we visited St. Benedict's Church, also known as the Painted Church for obvious reasons. 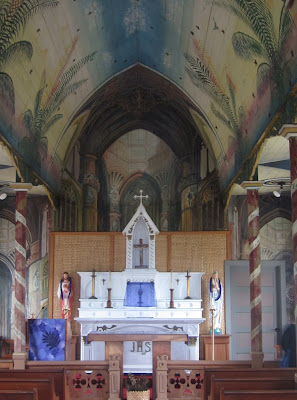 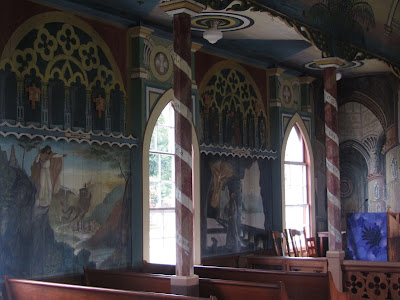 And of course, we had to go to the southernmost point on the island, and therefore in the United States. 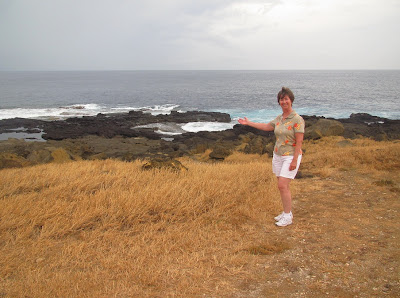 Nearby, young people were jumping off the cliff into the ocean. then climbing up a very shaky ladder. 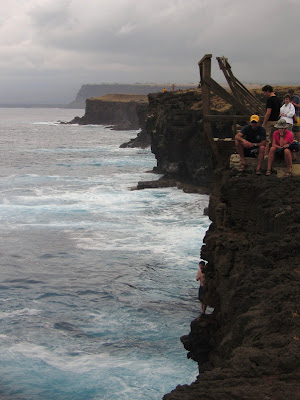 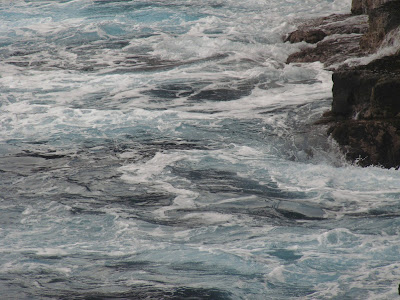