For our last Sedona hike, Diana, Phil, Ron, and I decided it would be interesting to take the Soldier Pass Trail to the 'pools.'  None of us had done this one previously and the trail was actually prettier than we expected because it travels along one side of the canyon, instead of the bottom. 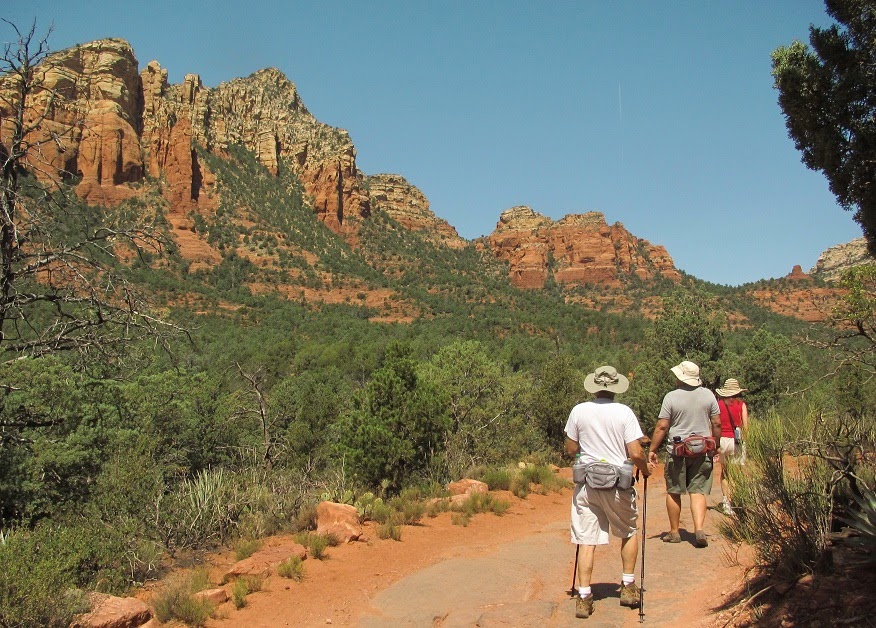 Not far from the trailhead and at the base of this rock formation, we came upon something we didn't expect 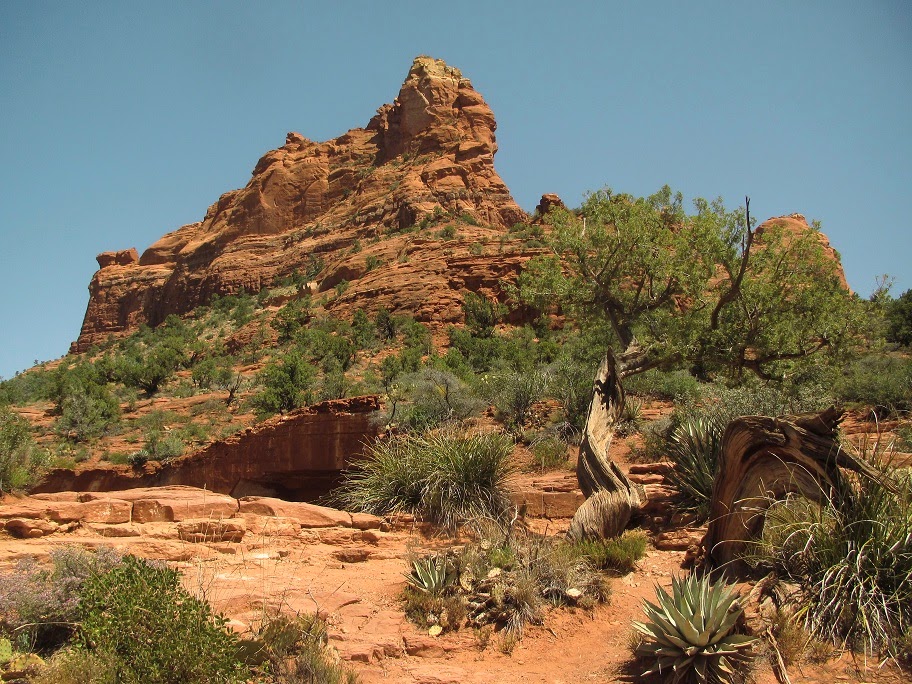 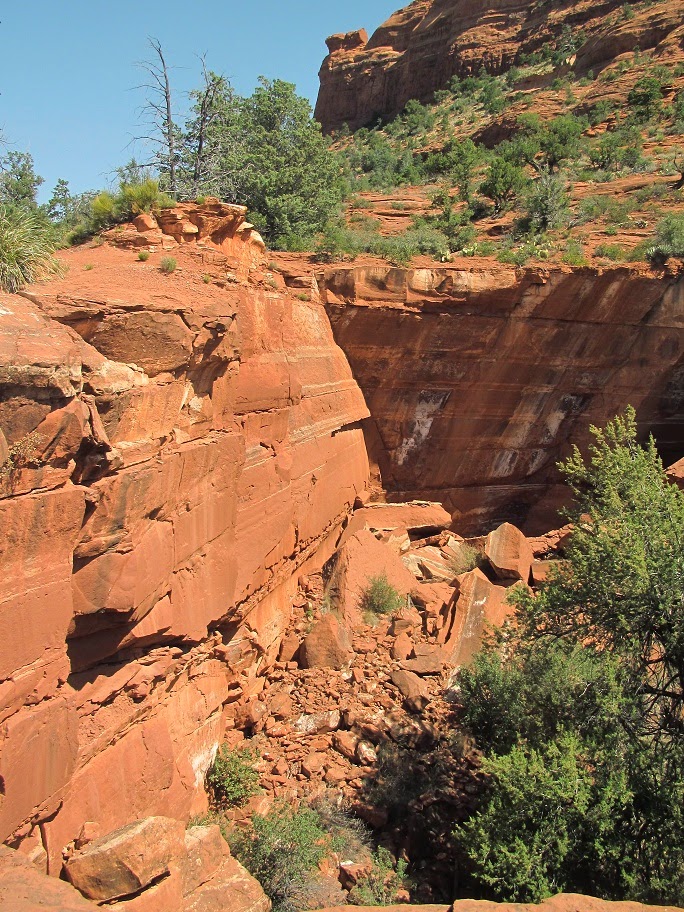 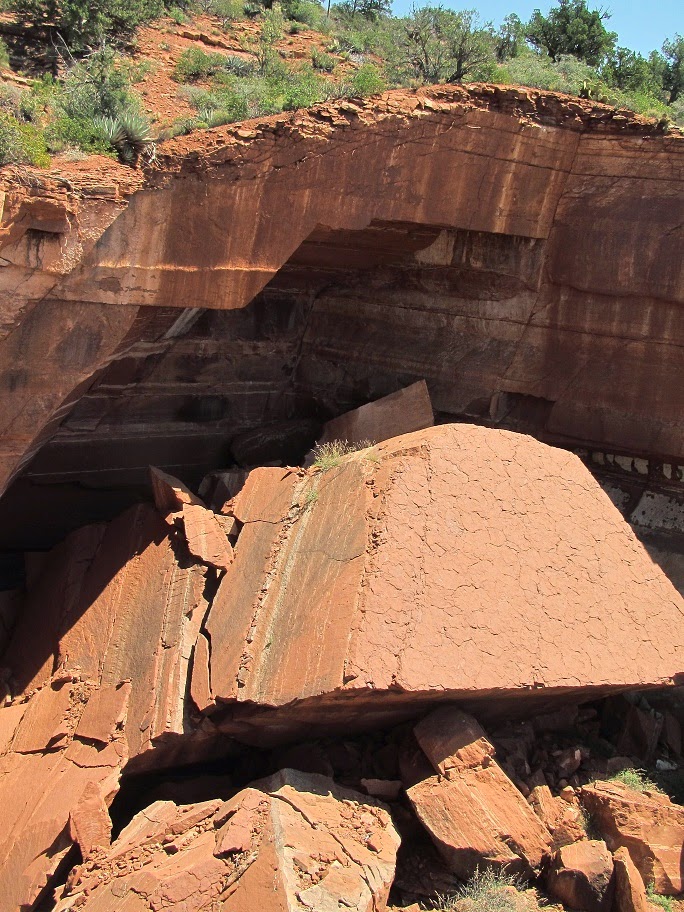 I sure hope nobody was standing on it at the time.

Backing away, we continued on and found the pools. 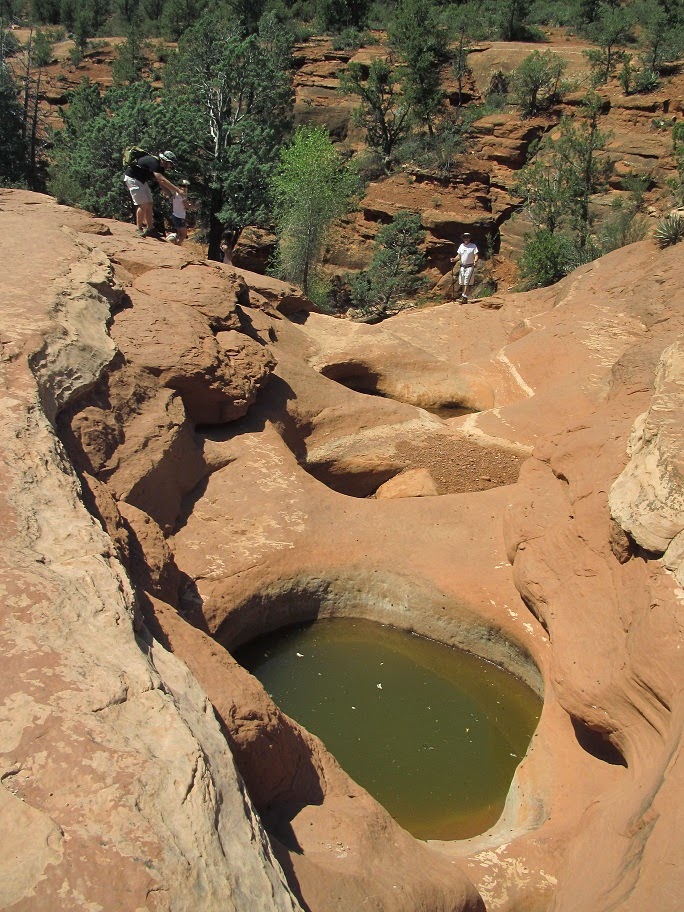 One of them was occupied by this black-necked garter snake.  (I looked it up.) 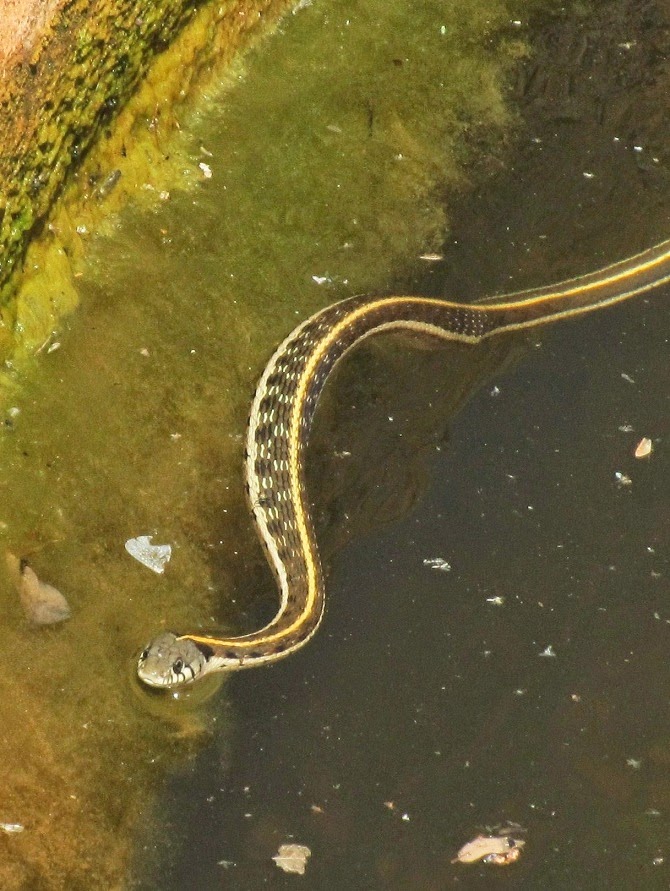 Since this was our turn-around point, I snapped another picture (or three or ten.)  The formation to the far left is the back of Coffee Pot Rock. 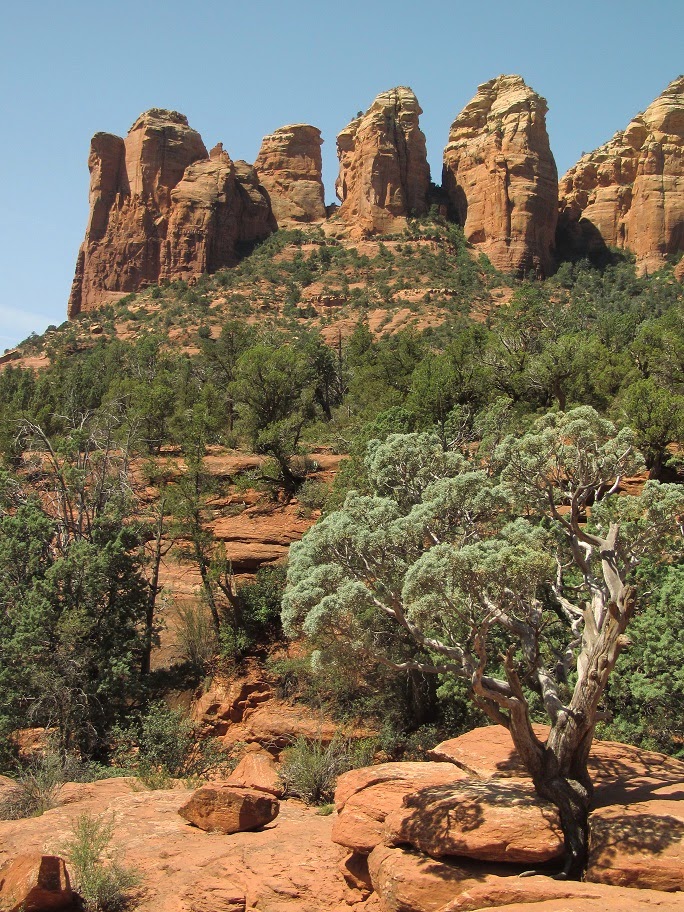 We also did a little of the connecting Jordan Trail, where Ron found a teddy bear. 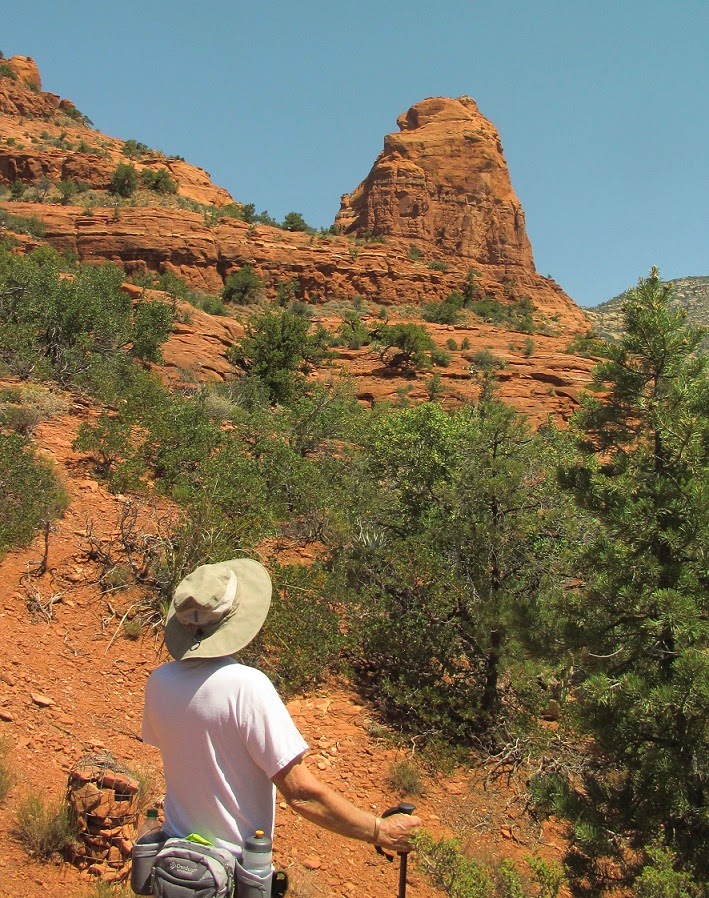 With a little effort, we could all see him - facing left, with his little nose, shadowed eye, and paw out. 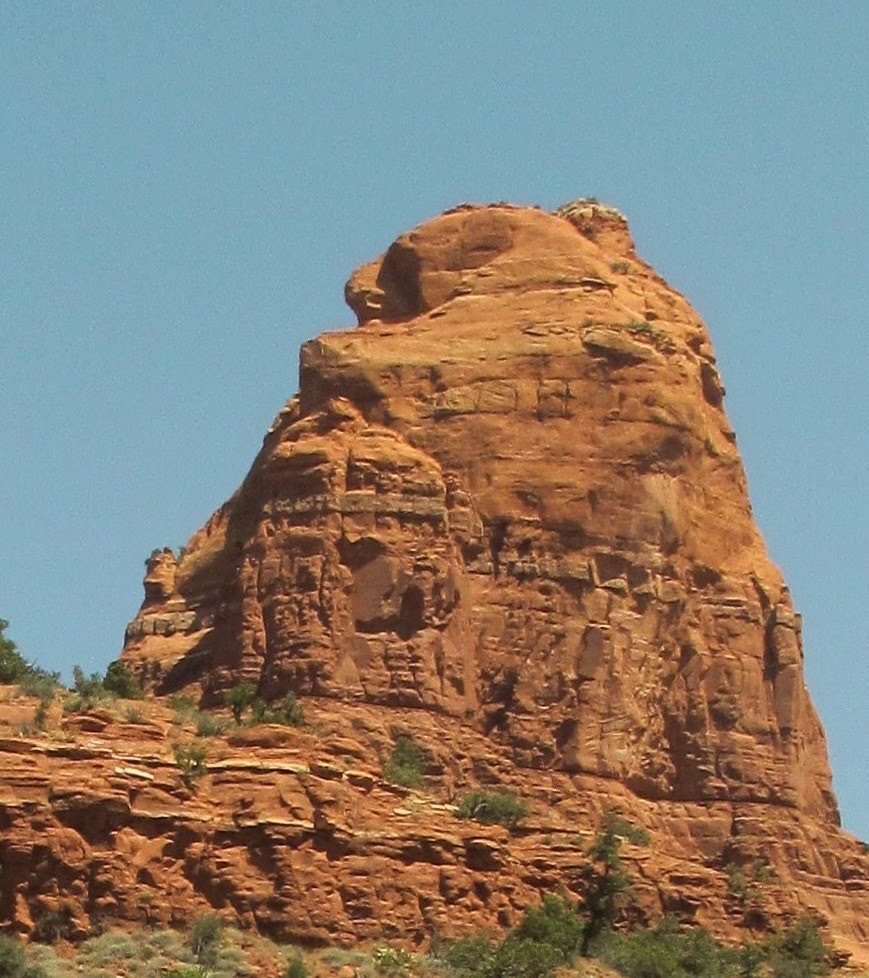